More than 15 % in jail for unpaid fines 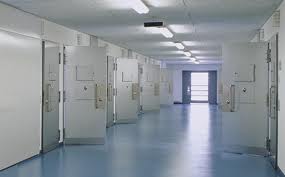 One of the major reasons Western Australia’s prison population is at a record high is because the State is jailing poverty stricken fine defaulters. The State’s Corrective Service Minister, Joe Francis, supports the jailing as a due punishment.

More than 15 per cent of Western Australia’s prison population is comprised by fine defaulters. Ludicrously, they clear the unpaid fines at $250 per day by being in jail while at the same time it costs the Corrective Services budget $350 per day to keep a prisoner locked up. In NSW, the practice of arresting, sentencing and locking up fine defaulters was outlawed in 1988.

The majority of fine defaulters are just poor.

Mr Francis said, “Just because you are on welfare and you can’t afford to pay a fine doesn’t mean you should be exempt from the ramifications of the justice system.”

The further west we journey across this continent the more racist it gets, the harsher it gets on our poorest, on the marginalised, on the downtrodden.