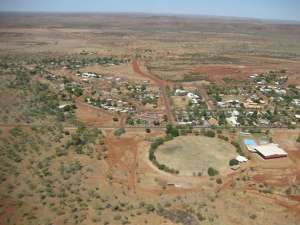 The liquidators of the Ngoonjuwah Aboriginal Corporation which ran the former Community Development Employment Projects (CDEP) in Western Australia’s Halls Creek region are searching for 227 of the former CDEP participants. They are owed their wages, ranging from $11 to $3682. Nearly $190,000 in wages remains unclaimed.

Halls Creek endures high unemployment rates among its First People only – with high levels of homelessness and acute impoverishment. Halls Creek Healing Taskforce member, Donna Smith said that far too many of her people are without a job and without any opportunity to secure a job within their home region. She said this is a recipe for disaster, for self-destruction.

“If you visit Halls Creek you will find that all the jobs, even in supermarkets and customer service have gone to people not originally from the district. You will not find our people, you will not find Aboriginal people behind the service counters and cash registers.”

“We are desperate to help our people but the support and resources are minimal,” said Ms Smith.

“With the loss of the CDEP, there was a loss of at least some opportunity and the ability to earn something.”

The Registrar of the Office of Indigenous Corporations, Anthony Beven is working towards availing the unclaimed wages to the former CDEP participants. Ngoongjuwah was placed into liquidation in August 2007 and unbelievably since then, seven years ago, it has been stated that they have been trying to track down all the former workers owed money. ORIC stated that some payments have been made but there are 227 CDEP workers they have not been able to locate.

It begs questions of Ngoonjuwah’s record-keeping and payment methods. Many people could not be located or cheques were returned to sender or never cashed. To ORIC’s credit they are working beyond the call to locate those owed. A total amount of $189,093.23 remains unclaimed. The liquidators transferred the unclaimed monies to ORIC.

“It’s been seven years since the CDEP program at Ngoonjuwah ended, so I expect some of the former CDEP participants may have forgotten about this money by now,” said Mr Beven.

“Ideally I would like to see these funds paid to the rightful owners. Most of the former CDEP participants would be on low incomes and every dollar helps.”

Since the funds were transferred to ORIC, they have been able to locate 40 former CDEP workers, but 227 former workers are still owed. ORIC sent out one of its officers, Sid Michels, to Halls Creek to help locate the former CDEP workers. This is the first time that unclaimed monies have been transferred to the ORIC by a liquidator of an Aboriginal and Torres Strait Islander corporation.