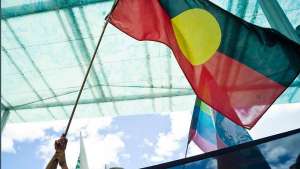 There will eventuate a royal commission into Aboriginal and Torres Strait Islander suicides. A political firestorm followed the tragic loss of a 10-year-old girl to suicide and one inquiry after another is being called but according to those in the suicide prevention space, only a royal commission can make a difference. Suicide prevention researcher Gerry Georgatos argues that royal commissions do make a difference and “not only do they shine the light, validate issues and people’s stories but they are also enablers of change.” Georgatos states it is imperative that at long last a genuine in-depth national discussion occurs in response to the “catastrophic, humanitarian crisis of Aboriginal and Torres Strait Islander suicides”.

The royal commissions into sexual abuses in the Australian Defence Forces and into the institutional responses to child sexual abuses (such as the churches) have changed the landscape – putting an end to the silences, an end to the unaccountability. Government insiders have said that the calls for royal commissions – particularly from the Indigenous Mental Health Commissioner, Pat Dudgeon and suicide prevention researcher and campaigner, Gerry Georgatos, and others, are at last being heard by federal parliamentarians. Politicians are arguing the case for a royal commission to the suicides.

For Aboriginal and Torres Strait Islander people aged 15 to 34 years of age, suicide is their leading cause of death. One in three deaths in this age group is a suicide. The suicide toll is increasing each year. Overall, more than 5 per cent of all Aboriginal and  Torres Strait Islander deaths are classified as suicides but researchers believe the official figure is understated and that in fact more than 10 per cent of deaths are suicides.

There have been royal commissions into institutional responses to natural disasters, to the collapse of the Westgate bridge, so there are no justifications to deny a royal commission into the ongoing tragedy of Aboriginal and Torres Strait Islander suicides.

Australian Senator Sue Lines tabled a motion urging the Federal Government to not delay in accepting the findings from the Aboriginal and Torres Strait Islander Suicide Prevention Evaluation Report (ATSISPEP). The final report is not due till mid-year but one of the report’s documents has been leaked to media. It has been reported by The National Indigenous Times, the Sydney Morning Herald and the ABC that the Kimberley Suicide Prevention roundtable report states that the Aboriginal and Torres Strait Islander self-harm and suicide rates have near doubled in the region during the last five years. ATSISPEP is funded by the Federal Government.

“To move – on the next day of sitting – that the Senate calls upon the Government to immediately accept the findings and the recommendations from the ATSISPEP Kimberley Suicide Prevention Roundtable Report – commissioned by the Department of Prime Minister and Cabinet – and to immediately, and as matter of urgency, implement the key recommendations from that report.” – Senator Sue Lines. The next day of sitting is May 11. On May 5 and 6, the inaugural National Aboriginal and Torres Strait Islander Suicide Prevention Conference will be held in Alice Springs.

Greens Senator Rachel Siewert backed the call for the ATSISPEP report to be responded to by Government.

Western Australia’s parliament debated heatedly on a call for a state based inquiry. Gija woman and Kimberley member of parliament, Josie Farrer, who herself only several years ago, lost her grandson to suicide, has urged her colleagues for more to be done in addition to her call for an inquiry. Western Australia accounts for one in four of the nation’s Aboriginal and Torres Strait Islander suicides.

On March 16, Western Australia’s Legislative Assembly debated the suicide crisis. Ms Farrer moved “That this House urgently calls for a parliamentary inquiry to determine what more can be done to halt the worrying number of youth suicides amongst Aboriginal youth in Western Australia, particularly in remote communities, and to determine what resources have been set aside to tackle this crucial issue facing our state.”

Ms Farrer continued, “Aboriginal suicide rates have not improved. In my maiden speech in 2014, I spoke about my very personal experience of the extremities of suicide and the extensive, widespread trauma felt by the entire region when an act of self-harm or suicide occurs in the Kimberley. Youth suicide amongst Aboriginal youth in Western Australia is horrifying. Each time I hear of such tragedies occurring, I ask myself, ‘How can this still be happening?’”

Ms Farrer said that despite the government investment into a state wide suicide prevention strategy that “the frequency of self-harming is increasing.”

“It is imperative that an urgent and thorough parliamentary inquiry is conducted to define exactly what has been tried, what has not worked and what has worked, and to strategically determine the amounts required and the best use of funds and resource allocations to tackle this crucial issue facing our entire state.”

“Keeping people in the mindset of wanting to stay alive remains a difficult task in my electorate, particularly with regard to youth.”

Ms Farrer called for the mandatory rollout to all service providers to Aboriginal and Torres Strait Islanders of the Indigenous Mental Health First Aid Training program.

Ms Farrer reinforced what many suicide prevention campaigners are arguing, in that the majority of people who have self-harmed or attempted suicide have not received any support. “A 14-year-old student confided (to her teacher) that she had cut down a teenager attempting suicide, from a tree. The girl said that she had not received any form of counselling and that she had just talked to her Aunty about it.”

“The suicide epidemic has affected every single community and town in the Kimberley, and changes need to be made.”

Parliamentarian Dr Graham Jacobs said that it is estimated there have been 19 Aboriginal suicides this year. “As chairman of the Education and Health Standing Committee, I was commissioned by this Parliament to inquire into the deaths of fly-in, fly-out workers in mining.”

“In 2014, the Aboriginal and Torres Strait Islander Prevention Evaluation Project, funded by the Department of the Prime Minister and Cabinet, was commissioned to evaluate the effectiveness of existing suicide prevention services.”

Dr Jacobs stated that his committee “resolved to pursue the following actions – firstly, to request a briefing from the Aboriginal and Torres Strait Islander Suicide Prevention Evaluation Project.”

“The other resolution was to conduct hearings or request information by correspondence to determine the implementation of previous recommendations in relation to suicide prevention and response.”

“The critical response project helps to coordinate first-response services to ensure that essential support is provided to not only deal with suicide after it happens, but also to prevent it happening, so it is really important to deliver these new models for how we make a difference. I have a very important quote from a news article in which Mr Georgatos, who is leading the critical response project, said – ‘The underlying factor is actually a sense of hopelessness. We have to restore hope. And to restore hope, we have to actually create opportunity for people in these communities.’ I suppose that pretty much puts in a nutshell how we can make a difference in these communities.”

Not everybody agreed for the call for an inquiry, with the leader of the Nationals, Terry Redman. Mr Redman said, “This issue has been inquired to death.”

“In fact there are at least 50 published inquiries and reviews at the national and state level, nearly all of which were informed in part by experience in Western Australia and/or the Kimberley particularly. These include at least 19 state-based reviews containing some 40 recommendations. They included three separate inquiries by the state coroner on suicide in Aboriginal communities in the Kimberley.”

The state coroner has announced a further coronial inquest into 12 suspected suicides in the Kimberley and the Pilbara will commence mid-year.

Mr Redman stated, “There are more than enough recommendation on the table. People have a good understanding of the issues. It is a case of being able to address those issues.”

Dr Jacobs moved to amend Ms Farrer’s motion and reduce the proposed inquiry to only a standing committee remit. Yamatji man and member for Victoria Park, Ben Wyatt argued against the amendment.

“To be frank, this amendment makes me a little cranky. The amendment asks that the Education and Health Standing Committee be given a briefing on a particular program so that it can come back to tell Parliament about. That is the amendment.”

Mr Wyatt argued that the existing structures “are the problem.” He called for localised solutions.

“Anyone involved in regional Western Australia who speaks to Aboriginal people will know that everything is in the context of which community is being closed. People cannot move and cannot unshackle themselves from that.

Ms Farrer said, “A lot of things have been said today.”

“For too long, we have had a lot of our young people take their own lives. I do not know how many of you people have experienced a loss in the family through suicide. I lost my grandson to suicide. He was only 15 years old.”

“I have heard all you people make accusations about why some of these kids take their own lives. My grandson was never sexually abused. He did not come from a broken home. That is what I taught him. But there are issues that our young people face every day.”

“I want you to know that the message that I have brought down here comes from a lot of these families in the Kimberley. They have asked me to make sure that we push this.”

“However, an inquiry or royal commission should not pause or delay initiatives that are already in place, or are about to be put in place.”

In an opinion piece for The West Australian newspaper, Georgatos wrote “the factors that can culminate in suicide are the most preventable of the various destructive behaviours that impact on families and communities.”

“These need to be prioritised in national conversations, by the media, by our governments. There are many ways forward.”

“We cannot continue to live in the silences and dangerously internalise this tragedy. I have travelled to hundreds of homelands communities and the people who are losing their loved ones are crying out to be heard, they are screaming. It is a myth and predominately a wider community perception that there is a silence, shame, taboo – it’s the listening that is not happening. This humanitarian crisis needs to translate to a national priority.”

“There is no greater legacy than to improve the lot of others, to the point of changing lives and saving lives.”

–          Declaration – Gerry Georgatos who has been referred to in this article and is a suicide prevention researcher and with the Institute of Social Justice and Human Rights, is a regular contributor to The Stringer.
Lifeline’s 24-hour hotline, 13 11 14