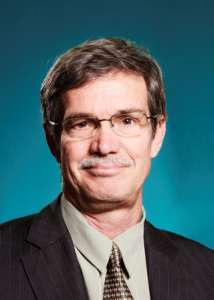 It has been a very long time since I have accused a Minister of the Western Australian parliament of Institutionalised racism. As many of you would know I have been at various times since 2001, the President, Treasurer and Secretary of the body known as the Ethnic Communities Council. I am, as we speak, the Treasurer and media spokesperson for that organisation. To also give you a perspective of that organisation, the following may assist you:

ECCWA is a non-government, non-profit community based organisation, which takes an active interest in all aspects of multiculturalism and ethnic affairs and acts on behalf of all ethnic communities in Western Australia.”

The organisation has been around for about 30 years. It has been funded at various levels by the WA State government for much of that time. The peak of its funding was around 2003/4 when I was President during the Gallop Premiership. And as a matter of interest I will categorically state that the best minister for Multicultural Interests in WA was Dr Geoff Gallop. Dr Gallop understood the issues of Multiculturalism. By comparison the worst we have EVER had would undoubtedly (in my view) be Minister John Castrilli. Now I would rate Dr Mike Nahan as a very close second to Minister Castrilli. And knowing Dr Nahan on a personal basis this disappoints me. Currently, if I was asked to endorse him and his performance over the last few years, I would state that it would not even qualify as satisfactory.

This issue has been highlighted recently when the current President of the ECCWA wrote to Min Nahan asking him to reinstate the $100,000 (yes, that is the total funding that the organisation receives!!) funding it used to have but was removed 7 years ago by Castrilli. The response from the Minister (presumably after advice from his public servants and advisers) was to raise issues and conduct a survey of multicultural groups in WA. His letter said in part the following:

“Given these issues, I plan to write to the more than 300 multicultural community groups in Western Australia to ask them to complete a survey to establish their membership, involvement and interaction with ECCWA.”

Let me put a little more perspective on this. The Minister is responsible for the Office of Multicultural Interests. That organisation has around $6.5 million of funding. I was on a Ministerial advisory group at one stage. The Community Engagement Officer of OMI reported to the group about “some event” in Geraldton that she could not pronounce the name of. After some probing we discovered that the “some event” was Waitangi Day celebrations. An event of some considerable significance to certain members of our community!

Now we have a list of events that OMI is providing funding for. Let me make a couple of points about that funding:

“Today is the start of Harmony Week. It runs from today through to 21st March 2015. The 21st of March commemorates the Sharpeville massacre in South Africa where a number of black people were killed under the apartheid laws. For a number of years we “celebrated” Harmony Day on 21 March. After much exhortation from the peak advocacy body (of which I was the President at one time) Dr Gallop agreed to change the day to a week from 15th March. The week up to 21st was about celebrating diversity and harmony. The 21st however, was a day of reflection about Sharpeville and the UN Day for the Elimination of Racial Discrimination.

In every organisation I have been involved with and in articles I have written as well as speeches I have given, the one thing that I have always emphasised is that any celebration of Harmony Day/Week could not be undertaken without acknowledging the Aboriginal and Torres Strait Islander population of WA. In the very first article I wrote in The Stringer I said the following:

“So where should the Indigenous community stand in this panorama? It is not for me as a non-indigenous person to suggest a position for the community. However, from the perspective of a “Multiculturalist” I can make the following observations. We cannot advocate for multiculturalism if it is at the further disadvantage and marginalisation of the Aboriginal community. The Aboriginal community is undoubtedly the one that has been most disaffected by the policies and practices of the mainstream dominant Anglo Celtic majority.”

Also “It is imperative that when we advocate the position of multiculturalism that we, as advocates, continue to include the Aboriginal community in our discourse. The first settlers of this nation cannot be further marginalised by the migrant communities that have come here. To do so would simply perpetuate the continued subjugation of this community.”

And you would have thought as a person who has read most of the Mahatma’s works I would be delighted by this. There is one problem, Gandhi is spelt G-A-N-D-H-I not G-H-A-N-D-I. Ghandi has some crude meanings attached to it including actions suggesting sodomy. Well done, Office of Multicultural Interests. Minister, well done in having people in an office to celebrate Multiculturalism who don’t even have ANY knowledge of the cultural landscape!

And when the time comes to exercise your vote in the state election next year, please take these matters into account before casting it.