Migrant suicides – “before it’s too late” 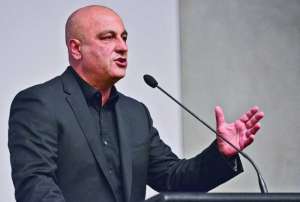 For a time it was argued that the Australian suicide toll was decreasing but this argument is at an end. In recent years tragically the suicide toll has significantly increased. In 2014, the Australian Bureau of Statistics (ABS) reported nearly 300 more suicides than in the preceding year – a significant increase of around 10 per cent. More than one in four suicides are of Australians who were born overseas – migrants. However there is little available data as to country of birth and even less as to ethnicity and cultural group.

The awareness-raising of the extensiveness of Aboriginal and Torres Strait Islanders suicides has in the least brought home the fact to the rest of Australia of the abominable tragedy and of some of the underlying issues. However this is not the case for many migrant groups who remain invisible in the suicide toll. We know of the tragic humanitarian crisis with Aboriginal and Torres Strait Islander suicides but little is known about the high suicide rates of many migrant groups – they have been forgotten in the national discussions on suicide and what leads to suicide. It is increasingly self-evident that some cultural groups have a high suicide toll but there is no research to identify the cultural groups and the extent of the toll. The issues are multifactorial while there are fundamentals for all suicides, indeed Aboriginal and Torres Strait Islander suicides are different to non-Aboriginal suicides, so too are migrant suicides different.

From 2001 to 2010, 27 per cent of the Australian suicide toll was comprised by people born overseas – migrants. A House of Representatives report, ‘Before it’s too late’ recommended that ethnicity and culture should be identified in suicides. Other than country of birth included in the deaths data set there is no data about an individual’s ethnic or cultural identity. Country of birth alone does not determine ethnicity and cultural identities.

Australian residents who were born in New Zealand have high suicide rates, higher than the overall national suicide rate. Females from Eastern Europe have high suicide rates. But with recent waves of migrants from non-English speaking countries, and with xenophobia and misoxeny rearing a significant presence on the national landscape, there may be need for disaggregation of suicides to ethnicity and cultural group. The highest recorded Australian suicide rate was in 1963 and it coincided with waves of new migrant groups from non-English speaking backgrounds, from disadvantaged backgrounds and also coincided with a national economic downturn at the time. Since 2001, 58 per cent of the migration to Australia has been from Asia, northern Africa and the Middle East.

Australia is one of the world’s most culturally diverse countries. Despite Australia’s cruel isolation of refugees in detention centres, proportion to total population we have the world’s highest net migration rate. Nearly 28 per cent of all Australian residents were born overseas, while another 25 per cent are second generation Australians. However despite a diverse cultural Australia, our governments and the nation’s boardrooms do not reflect the demography of this nation. Ninety per cent of our parliamentarians are Anglophiles, with 90 per cent of them with more than 100 years of familial history on the continent. Anglocentric White privilege dominates, washing through the political machinery of the nation, through the institutions of the nation. Policy making remains in their hands rather than in the hands of a culturally diversified and culturally sensitive Australia. Institutional and structural racism can only end when there is power sharing. In a sense, as with obviously the many descendants of the First Peoples of this continent, the majority of first and second generation Australians sense themselves as hostages to the stricture of an existing social order. Assimilation is all there is, and for first and second generations it can be tough going, indeed with a price paid in regards to one’s mental wellbeing. There is an expectation to adjust ones behaviour and customs and identity but how far can one adjust oneself? Historical and cultural identities become a liability, this is traumatic psychosocially.

We find ourselves without a clear picture, only snapshots, of the mental health of immigrant and refugee communities in Australia. We need to diversify and disaggregate our research. We need to pay respect to the fact that this is a culturally diverse nation. The future of any legitimate, moral social cohesion rests on this. According to the ABS, nearly 60 per cent of immigrants to Australia from 2000 to 2010 were from Asia, the Middle East and northern Africa.

Data disaggregration is a must-do if we are “to leave no one behind”. Without data disaggregation, without country of birth, ethnicity and cultural group identified we cannot deliver tailored and evidence-based policies.

It may be found that there are significantly elevated risk groups from Central Asia, from the sub-continent, from cultural groups of Africa. In an authentic multicultural society we should know who is struggling, who is isolated. Assimilation is not the answer, it is respect for one another.

The tragedy of suicide is generally only the tip of the iceberg; for every suicide there are hundreds ideating suicide and there are the high level depressions that not only affect the individual but impact families and society. The suicide toll is increasing once again; a couple of years at 7 suicides a day to today at 8 suicides on average daily. But there are much more significant increases in attempted suicides, suicidal ideation, high level depressions and the constancy of traumas than at any time in the last 100 years. Only a few years back an ABS media release reported a decrease by 17 per cent over the first decade of this century, from 12.7 suicides per 100,000 people to 10.5. However, the 2014 suicide toll came at a rate of 12.2 per 100,000. Three in four suicides were males. Overall, one in 50 deaths was a suicide – nearly one in 30 male deaths a suicide and one in 100 female deaths were a suicide.

Suicide rates peaked in 1963 at 17.5 per 100,000 but by the 1980s had declined to around 11 per 100,000 and peaking again to 14.6 in 1997. Arguably, economic downturns and waves of migrants from disadvantaged backgrounds could have been factors. The late 1990s saw an increase in xenophobia, misoxeny – the rise of the One Nation political party. Arguably, I estimate that various factors are playing out once again and where in the decade ahead we may tragically find ourselves with a national suicide rate of 15 to 20 per 100,000. We may find cultural groups with significantly high suicide rates, high levels of suicidal ideations, depressions, unaddressed traumas – people who we could have assisted had we today not gone down the assimilationist national averages line and instead disaggregated and responded with tailor made support.

Suicide remains the leading cause of death among Australians aged between 15 and 35. The Northern Territory has the highest suicide rate – more than 20 per 100,000 (for the period 2006 to 2010). Xenophobia, misoxeny, racism are increasingly much more pronounced the more west and the more north we journey across this continent; so are the suicide tolls.

Other articles on migrant suicides:

Migrant suicide is lost in translation