Medicare, the PBS and the NDIS denied to the incarcerated but a stroke of the pen can fix 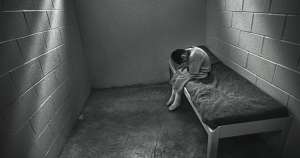 In a just society human rights must remain inalienably universal but for 40,000 Australians this is not so, with Medicare, the Pharmaceutical Benefits Scheme and access to the National Disability Insurance Scheme denied to them. Incarceration is a situational trauma that degenerates into a constancy of trauma with the majority of former inmates coming out of the prison experience worse than when they went in – psychosocially, mentally and physically. Prisoners should have the same level of healthcare as everyone else. But once convicted that’s at an end.

By denying quality healthcare guaranteed in universal terms, we send a message to prisoners that their wellbeing does not matter. This is the act of a cruel society, a vindictively punitive consensus. It cannot be argued as the act of an ignorant society because the issue of their exclusion from Medicare, the PBS and the NDIS has been raised on a number of occasions. In the last two years in my work in suicide prevention and postvention I have responded to an increasing number of suicide affected families whose loved one lost was a former inmate – the majority having taken their lives less than six months after release. Former inmates recently released are among the nation’s highest risk groups to suicide and to other unnatural deaths.

I have written widely on the need for prisons to be kinder places, focusing on healing trauma and increasing self-esteem, improving the psychosocial self to a positive self. Prisons need to be bastions of transformation, changing and saving lives. The situational trauma of incarceration is punishment enough, the rest of the deal has to be an opportunity for forgiveness and redemption. Prisons have failed with the punitive and must move away from vile corrals of broken lives smashed into ruined lives, damaged into the irrecoverable. The firmament of punishment is toxic in its narrative of human misery and suffering and in little that is positive.

During the last twenty years the national prison population has doubled and according to trends it will double again but this time in only another ten years. Aboriginal and Torres Strait Islanders will bare the brunt as I estimate that by 2025 they will comprise one in two of the nation’s prison population. Everything that can be done to reduce incarceration and support critically vulnerable people to improve their lot must be done. Reducing re-offending is one of the major ways.

Whether in adult prisons or juvenile detention, currently the incarcerated are excluded from Medicare and denied the same level of healthcare as the rest of us. They are denied the Pharmaceutical Benefits Scheme (PBS). They are also denied the opportunity to access the National Disability Insurance Scheme (NDIS). No wonder there have been so many custodial deaths at ages that would not have been the case had they not been incarcerated. The custodial toll of unnatural deaths is rising. The median age of unnatural deaths is getting younger. Then there are the survivors of of debilitating poor health, whose health deteriorated because of the prison experience, because they were denied adequate healthcare. Often someone has to collapse before they are bundled out of a prison and to a hospital. I recount an inmate who had to have part of his hand amputated after a coffee kettle incident – he begged for hospital treatment but was denied this for more than a week until the infection that had set in became evident to the naked eye. Paracetamol was all he was given for the throbbing pain.

Prisons – whether for adults or kids – are state and territory jurisdictional responsibilities but Medicare, the PBS and NDIS are federal responsibilities. It will take only minor amendments to federal acts relating to the above to ensure that all prisoners and detainees are protected with Medicare and the PBS and entitled to the NDIS.

We need to champion the call for amendments to the Health Insurance Act 1973, with the relevant clause in Section 19(2). The Government can propose the inclusion of Medicare and the PBS subsidies for prisoners. Should this be tabled to the Australian Senate I cannot imagine anything other than the passing of the amendments. The Government should also include prisoners in the NDIS who at this time are excluded. The incarceration of people should not mean the taking away of people’s rights to healthcare, nor their right to improve themselves with education and other opportunities that can transform their lives, reducing the likelihood of re-offending, increasing the likelihood of their improving their familial lot, better managing the objectives and functions of the family.

Sorting out the Health Insurance Act is the simplest effort. If we cannot get the small social reforms right then what hope with the big picture reforms?