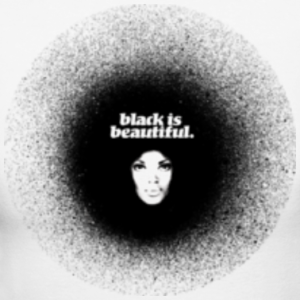 I’m just getting my things together to fly out of Australia. Those of you who have read my articles from the very beginning will remember this same time last year I was in the Caribbean speaking at the Caribbean Studies Association Conference. I gave a paper on “Black Consciousness’.

I remember it like it was yesterday – I missed the State of Origin last year too – the sacrifices we make for the struggle!

But seriously, if there was any truth to Andrew Bolt’s rhetoric that fair-skinned Blackfella’s don’t represent the mob – imagine a Murri like me that looks more like Sean Connery than David Gulpilil speaking on Black Consciousness in front of African, Caribbean, African-American, South American, Cree-Stoney, Cherokee, Inuit and other Indigenous and Black Cultures around the world.

Sorry Andrew but no feeling of any identity crises here, just a resolve and commitment to fight the good fight!

But does skin colour matter when it comes to identity? It’s an emotional question but a very important one.

What you discover as you get older is there are certain intellects which just don’t develop in some people. Their needs are met early and they don’t appear to ever grow or ever become multi-layered and insightful in their thinking. At least not beyond what they already know or believe they know.

It’s where people get this notion of the “other” and usually this “other” is something to be frightened of because it shows you can’t control or know everything.

Some things you just don’t know.

Ideas like “you don’t look Black” and “we are all created equal” or “I don’t see colour, I see the person” may make a lot of sense when you are 9 years old but as you get older and understand social inequity, injustice and terms like cultural and social capital and survival you see the world was never as simple as you wish it was when you were a child.

Fortunately rather than fear the unknown I become excited by what I don’t know. This is why one becomes an academic – to find truth.

And an international truth, which has only touched the very surface of Australian and our own Aboriginal Culture is that colour for many races is about survival. It is from the inherent need to survive that we have terms such as Black Nationalism, Black Consciousness and Black is Beautiful.

Black is Beautiful is stated as a movement that started in the United States back in the 1960s and later spread to much of the Black world.

The reality is its origins go back 100 years earlier.

John S. Rock, an African-American civil rights protester and the first black person to be admitted to the bar of the Supreme Court of the United States, is credited as being the first to use the term “Black is Beautiful” during a speech back in 1858.

Some 100 years later, African-Americans would begin a movement illustrating Rock’s words which encouraged men and women to be proud of their Culture and no longer feel shame for their colour.

It was to stop people of colour having to feel inferior because society, dominated by white people, developed the idea that black was ugly, that the very physical features of black people, such as skin colour, their facial features and hair was ugly.

The movement also encouraged men and women to stop trying to look white, dress white and act white. Afros, deadlocks and natural hair – all symbols of a powerful movement had begun.

Nicki Minaj doesn’t seem so cool now, eh? Even someone as loud and proud as Oprah has had her hair straightened. Is that a symbol of how deep internally our past has scarred us all?

Black is Beautiful became the most prominent phrase and carried new meaning in the writings of author Steve Biko in his book, the “Black Consciousness Movement” in South Africa.

The idea of Black is Beautiful led to the Black Nationalism and re-introduced a new generation of the 60s and 70s to legends like Marcus Garvey and W.E.B. Du Bois. It is these two men and the legacies they left behind which are to be the subject of my presentation in the Caribbean this year.

No one has had such lasting affects as Marcus Garvey (1887-1940) and W.E.B. Du Bois (1868-1963) in regard to establishing Black Identity and revival – brother Malcolm X and the great man himself, Nelson Mandela would often cite and praise them both and in particular Marcus Garvey.

Garvey spent a lifetime healing a people who were victims of oppression, mental and physical slavery. He understood their minds and thinking had to be reformed. Black Nationalism was born to inspire and empower a people who had lost everything.

Garvey knew and understood white supremacy had evolved based on an interpretation of history, which was falsely rooted in the superiority of white people and the inferiority of black people.

His mission was designed to decolonise the minds of black people. He understood black people had experienced a cultural holocaust and needed to reclaim their own heritage, traditions, legacy and Culture. Marcus Garvey was a man of the people.

W.E.B. Du Bois on the other hand was an academic and never commanded that same following Garvey had.

Du Bois was an intellectual genius becoming the first African-American in history to receive a PhD in 1895 from Harvard University. He wrote a dissertation titled “Suppression of the African Slave Trade” and used his scholarship to expose the racist notions that the white man had brought civilisation to Africa and Africans had made no worthwhile contribution to human civilisation.

Du Bois was a fair-skinned mixed-race African-American who was often commented on as being a handsome, intelligent man, whereas Garvey was very dark-skinned with overt African racial features and he was often ridiculed for his colour.

Research indicates the idea of “Blackness” being ugly is highly damaging to the psyche of black people around the world, manifesting itself as internalised racism. That means we even look down on our own mob. Think about it, have you ever heard anyone say “mission-bred” or “broken English” when describing another Blackfella as being backward? Where do you think that division comes from?

Just think of the Northern Territory Intervention and who is being most victimised – it sure as hell isn’t Josephine Cashman, Warren Mundine or Marcia Langton all of whom support this disgraceful action by government. Like I said – sometimes it’s hard to face the truth.

I have been blessed by education and it has allowed me to travel and meet brothers and sisters from around the world and we haven’t even touched the surface of Black is Beautiful in Australia.

And what Andrew Bolt did is hijack a very important conversation, one we need to have in this country.

That’s the reason I have decided to write this article – and I am ready and prepared for the criticism and I welcome the debate because when you do have the opportunity to travel you realise that Indigeneity – or Aboriginality is about survival.

I am about to talk to brothers and sisters from around the world, who are Black, Coloured and even fair-skinned and they are dealing with this and maintaining dialogue, which allows them to recognise, educate and grow. It’s a discussion we are not ready to have yet in this country.

Why? Because we may talk about healing and wellbeing but many of our own mob are far from facing the truth of their own trauma and it’s holding us back.

So we have to refer to other studies around the world and these studies show repeatedly the truth, particularly in the United States where racial minorities with dark skin have been disproportionately disadvantaged for centuries.

Relative to their lighter-skinned brothers and sisters, dark-skinned Blacks have lower levels of education, income, and job status; they are less likely to own homes or to marry and dark-skinned blacks prison sentences are longer.

Sound familiar? And that’s not just in the United States. Dark skin discrimination occurs across races globally (Turner 1995) and evidence suggests intra-racial disparities are as detrimental to a persons life chances as much now as was once traditionally associated with racial divisions (Hughes and Hertel 1990).

What that means is you are better off if you have fair skin.

So again, why am I writing this? Because even though I have fair skin I come from a Black people, yes a proud Black people.

My Grandfather was Black and beautiful and he walked with a swagger long before J-Z got his “swagger back”.

I am sick and tired of seeing an entire room change as she enters, as people become either super-nice or turn their back and then there is a massive sigh of relief when she leaves the room.

I am sick and tired of watching her hold herself with dignity as people tell her how pretty she is, or well-spoken she is for an Aboriginal. And I am writing this because I have Black kids.

You don’t think Australia favours people of fair skin? As I said, research states the rest of the world does so why would Australia be any different? Let’s be real, we are living in the most racist country in the world.

Most times I travel overseas it’s for research so I end up in Black communities and my wife always humbugs me for make-up and lipstick. You know why? Because she can’t get it here in Australia.

Don’t believe me? Ask the sister girls you know with Black skin how hard it is to get make up and lipstick? It’s only when you realise the very basic that you then understand the complexities of age.

Also have a look at all the mannequins, shop clothing models in Australia. They are all size 12 and got no ass and no chest. I remember laughing when I was in Boston in the United States because there the mannequins had big round booties and titties like a real woman. Same in the Caribbean. This year I’m going to take some photos because no one believes me.

Dr Woolombi Waters is a Kamilaroi language speaker and writer and is a lecturer at Griffith University. He writes a weekly column for the National Indigenous Times. E-mail: woolombi.waters@nit.com.au