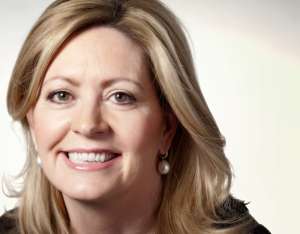 Homeless friendly precincts should be in every major hub of every major city and town – those few hundred square metres of showers, laundries, small storage lockers, treatment and rest areas. It is a one off relatively small infrastructure cost with only the maintenance costs thereafter. These precincts could become reference points, meeting places for various service providers – not just those in the homelessness sector – to wraparound homeless individuals and families and assist them over time to establish hopes and aspirations, to improve their lot, change their lives and help them out of homelessness.

Unless we do more now than ever before, homelessness will continue to increase and eventually the homeless will soon be on every street corner as they are in Sydney. The City of Sydney is the future that needs to be avoided by for instance cities such as Perth. In the commercial district of Sydney, on every street corner there are homeless individuals and families begging, homeless individuals and families sleeping rough. At Sydney’s largest commuter point, the monolith and labyrinth-like Central Railway Station, the homeless gather at night inside and outside this commuter hub. They sleep alongside each other during winter as temperatures reach zero Celsius. They gather at Central because for the most part it renders a safe space away from the vulnerability to various violence and sexual predation that are the reality of the alleyways, squats and parks.

Lord Mayor Scaffidi’s support for this sliver of human dignity is a significant step and follows the relentless public support by Tracey Roberts, the City of Wanneroo Mayor. The City of Wanneroo is working on where in its shire to establish a homeless friendly precinct. On Monday, Jennifer and I are meeting with the City of Fremantle Mayor, Brad Pettitt. We are intending to meet with each mayor of shires where homelessness is pronounced – this means also the Town of Vincent, the Town of Victoria Park, the Town of Armadale, the Town of Midland, the City of Joondalup and the City of Rockingham. However outside of the fact that the shires would have to provide the location for the precinct the one-off infrastructure costs for the most part have to be picked up by State Government. So alongside mayoral meetings we have been meeting with the State Government – every political party; in pursuit of a multi-partisan approach. So far so good, however there are several mayors to go and several State ministers and the premier to go and a number of parliamentarians. So far whether they have been Liberals, Nationals, Labor, Greens they have all dished up their in-principle support. Importantly, the language and discourse around ‘home friendly precincts’ is rolling out – cultural shift stuff.

If we can establish these precincts in every major hub of Perth then we will be the template for the rest of the nation.

It is a small step but at least it is one in the right direction.

Years ago, while I was in the tertiary sector at Murdoch University, as the general manager of the Murdoch University Student Guild and for several years on the university’s peak academic planning council and on the board of directors, I exploited my positions to bring into university many former prisoners and homeless, among others. I facilitated this through alternative pathway programs – not only at Murdoch, but at other Perth universities and through TAFEs. At Murdoch, I created learning programs to assist them at the point of entry and throughout their education. I went to the homeless but often in trying to follow up with further engagements they were not where they were last. With a homeless friendly precinct where they can visit daily we can now establish a reference point where we can meet up, where education and other service providers, anyone that wants to help, can meet up. Being able to wash each day, to groom oneself has a psychosocially empowering effect and plays right into self-worth. For some of the homeless who I helped into Murdoch, I organised early morning showers on campus – so they’d feel good about themselves – might not seem a big deal but it matters.

I am not stating that I am a fan of the City of Perth Council or of the way they have conducted themselves in terms of the ‘raids’ on the Heirisson Island (Matargarup) homeless camp hosted by Noongar/Nyungah Elders, because seizing the possessions of the homeless is no way forward, but I respect where we can establish common ground and reasonably minded work from there. The longer the homeless camp continues the more families and individuals we can assist out of homelessness – for now it is their safe space away from the dark realities of alleyways and squats.

We appreciate, and in a big way, Lord Mayor Scaffidi’s and the Deputy Mayor Robert Butler’s support of a homeless friendly precinct in the jurisdiction of the City of Perth. It will mean a lot to many homeless who in my two decades of efforts alongside them have reflected the common theme to me, “We just want to be able to have wash each day and have somewhere to store out stuff.”

There is no greater legacy we can have than to improve the lot of others.