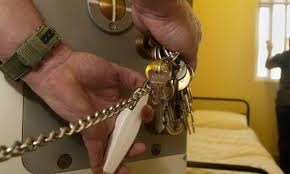 The Western Australia Labor Party sells itself at just about every coalface rally as opposed to the incumbent Government’s draconian sentencing laws. It constantly blames the Liberal Government for the record high prison population, for the world record high arrest and jail rates of the State’s First Peoples, for overcrowded prisons and for preventable deaths in custody. Just the other day, Labor parliamentarians were out in force at a stop deaths in custody rally that highlighted the needless death last August of 22 year old Yamatji woman, Ms Dhu. But apparently what Labor touts to the coalface is just a stitch, because in Parliament they are right behind the Liberal Government’s draconian policies.

At the stop deaths in custody rally, Labor shadow portfolio holder, Paul Papalia went on a relentless attack of the State Government for its record high prison numbers, scolding them on the fact of overcrowded prisons – blaming the Government. Mr Papalia blamed the Government for its laws and policies that are increasing the prison population. Mr Papalia said these laws “have led to Aboriginal women being one in three of all Aboriginal prisoners on remand.”

Proposed amendments to existing burglary laws seek to double the third strike mandatory minimum sentence for aggravated burglary to a two year prison sentence. According to the proposed amendments, multiple offences will be disaggregated as individual strikes. Therefore a first time appearance to a court under the proposed new laws would lead to a mandatory jail sentence of two years.

There are also increased mandatory minimum penalties proposed for other serious crimes that occur during burglary – for assault, indecent assault, murder. Those who are under age – from 16 to 18 years of age, will also face a mandatory 12 month stretch and for serious offences during aggravated burglary they will face a three year detention.

The Aboriginal Legal Service’s CEO Dennis Eggington opposes the amendments. The Australian Human Rights Commission opposes the amendments and instead is spruiking a more serious discussion of Justice Reinvestment. Western Australia’s mandatory sentencing laws have been criticised by national and international bodies, including the United Nations. Western Australia is the mother of all jailers of its Aboriginal and/or Torres Strait Islander peoples – with one in 13 of all Aboriginal adult males in prison today – from a racialised lens, the world’s highest documented jailing rate.

It is not that the Labor parliamentarians believe in mandatory sentencing. It is that they are more preoccupied in trying to stay in tune with the public hysteria whipped up over the years by the insular conservatism of Western Australia. One Labor parliamentarian confided, “Western Australia is as redneck as it gets but we have to win elections to make a difference. This is how it goes.”

What we need is leadership, those who stand up for what is right, not package regressive laws to appease the majority. It is outright laziness on the part of the Labor Party. But will they change once in Government and lead the way? Their track record while in Government does not demonstrate this.

Until Labor is ready to accord to its coalface rhetoric then it should not show its face at these events, if they are going about face as pathetic self-serving hypocrites.