Horror figures reveal 1 in 10 people, largely Aboriginal peoples and including women and children, are forced to live rough right throughout the Kimberley.

“I wonder someday how Barnett will explain to his grandchildren that when he was Premier of Australia’s wealthiest State, when he presided over a mining boom, the Aboriginal peoples of the Kimberley had the world’s worst homeless rate and the highest suicide rates in Australia,” said Nyikina rights advocate and economist, Sofia Mirniyinna.

The Kimberley has the second highest rate of homelessness in Australia and just about all of this homelessness is Aboriginal folk.

The Human Rights Alliance released a statement describing the homelessness tragedy of the Kimberley as a scandal, as “despicable racism” and has slammed the West Australian State Government and the Federal Government for continuing to neglect the Kimberley’s Aboriginal homelessness. 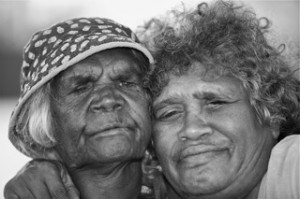 “The homelessness is getting worse and no-one is doing anything about it. The shire and government have let it slide along,” Ms Torres said. “Hostels and housing that had been promised have been forgotten in the squabbles between shire and government. We’ve been waiting for the $12 million promised by the State Government for a hostel in Broome but it didn’t happen, it fell through, however our people are on the streets. Recently, meetings occurred with our Elders and shire and government officials and our Elders said something has to be done about the homelessness, the itinerant problems, the lack of housing.”

The Kimberley’s homelessness is officially nearly 700 per 10,000 and after some regional jurisdictions in the Northern Territory nowhere else in Australia comes half as close.

It is one of the world’s worst homelessness rates. However, this is a 2006 National Census figure and every indication is the figure has got much worse since the 2006 Census.

Recent surveys extrapolated have the homelessness to 1,000 per 10,000.

“I can take you to the heart of Broome, to its Chinatown, to Dora Street and you’ll see homelessness you’ve never seen before,” Ms Torres said. “I can take you to One Mile community, to Kennedy Hill and the horror of it is right throughout the Kimberley region – Derby, Fitzroy, Kununnura, all the towns and communities. It’s unbelievable that such a rich part of Australia has this horrific homelessness and nothing is being done to reduce it. They want to build a $35 billion gas hub in the Kimberley but they don’t spend anywhere near that money to help our people.”

The Aboriginal Deputy Mayor of Broome, another spokeswoman for Broome’s old Aboriginal families, Dr Anne Poelina has said Aboriginal people should not have to strike the gas hub deal with the State Government to get some funds so they can secure a little of what everyone in Australia is entitled to. 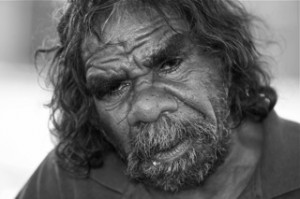 “Nothing is being done for our people, it just never happens,” she said. “We are held to ransom that the mining companies will give us something in return for access to the resources on our lands because for most of the time governments let us rot and die. It is disgusting racism. We just do not matter. What does it take for us to be finally included in some of the hope and beauty in this world? What stood out is Aboriginal peoples aren’t counted in, we don’t matter once again.”

At the last national census 1,870 Kimberley folk reported being homeless however this figure is now believed to be much worse, in excess of 3,000 say some organisations, especially with many homeless Aboriginal folk in the Kimberley not registered on the Census and others giving addresses of relatives they stayed overnight with on Census night when in fact they are homeless.

A recent Kimberley-only survey by the Human Rights Alliance reaching 300 folk found more than 10 per cent reported homeless and more than 80 per cent said they were doing it tough.

Disturbingly, more than 80 per cent said they knew of someone who was homeless. In line with the 2006 and 2012 surveys more than 90 per cent of the homeless are Aboriginal folk.

With annual surveys recently completed by the Salvation Army (1,700 survey respondents) and the Human Rights Alliance (2,100 survey respondents) both saying the poor are getting poorer and that poverty and homelessness are on the rise what is happening in the Kimberley is not a good look for Australia in light of the fact that Australia ranks number two in the world on the United Nations Development Program human index for social wealth and also in that Australia is the world’s 13th largest economy.

Furthermore, Western Australia boasts 46 per cent of Australia’s mining exports and boasts the highest per capita personal income in the country. 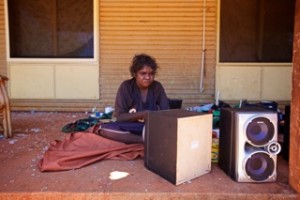 Homelessness in the Kimberley has increased since the 2006 National Census, with out-of-control rents due to the influx of mining workers and also because governments have not subsidised communities for inflation and spiralling cost of living pressures.

Communities in the remote regions are doing it toughest with more folk moving to towns such as Broome, Derby, Fitzroy and Kununurra to sleep rough.

The Salvation Army claims homelessness has increased in Western Australia, the nation’s worst performer and the Human Rights Alliance Indigenous spokesperson Natalie Flower said her organisation believed homelessness in the Kimberley was closer to 1,000 in 10,000 with extended families heavily impacted doing what they can for their folk.

However the Human Rights Alliance said with rising cost of living pressures and with the Census not registering all Aboriginal folk homelessness in Western Australia was closer to 20,000 and more than 3,000 in the Kimberley.

By comparison New South Wales and Victoria have a 42 per 10,000 homelessness rate.

“It would only take a little investment by State and Federal government in our Kimberley communities to provide education, health, jobs and housing to our people, to our youth but they will not do so because in the end they pretend Aboriginal homelessness in the Kimberley doesn’t exist,” Ms Mirniyinna said.

“If Premier Barnett, Indigenous Affairs minister Collier and Housing Minister Buswell cared about the Kimberley’s homelessness, about the no jobs for Aboriginal peoples and our youth here, with Aboriginal youth suicide in the Kimberley highest in the nation, then they would have done something about it.

“Instead they care about Woodside, FMG, Billiton and not about our people.”

The Kimberley has been in the news media with suicide rates among its Aboriginal population at 1 in 1,200 or over 80 per 100,000 – the nation’s worst.

Despite the deaths there is no effective suicide prevention strategy being funded and administered in the Kimberley.

Mowanjum Chief Executive Officer, Steve Austin said the West Australian Government was spending $150 million on the Derby prison while applications by the organisation for a Youth Coordinator to work with Aboriginal youth have been rejected.

Mr Collins called upon the inquiry to consider that there are special imposts upon Aboriginal and Torres Strait Islanders in terms of homelessness and that special advocacy and advisory bodies needed to be set up. Nothing has been done.

The ensuing Census is due out later this year however few news media outlets will pick up on this story as the Australian consciousness is yet to unravel its various racist identities – that Aboriginal peoples do not matter equally to non-Aboriginal Australians. 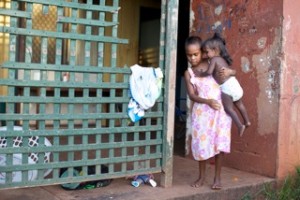 Except for a typecast flurry of articles during Homelessness Week in August and a few months later with the ABS data from the Census correlating this article’s research there will be another few days of stories on the horror statistics, Australians will not read or hear about its Third-World homelessness issues for another five years, till the next Census (2017).