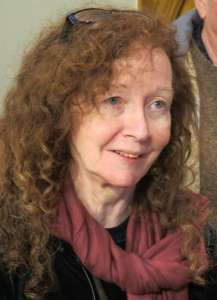 During each of 11 recent trips to Afghanistan, Kathy Kelly, as an  invited guest of the Afghan Peace Volunteers, has lived alongside ordinary Afghan people in a working class neighborhood in Kabul.  She and her  companions in Voices for Creative Nonviolence believe that “where you stand determines what you see.”

They are resolved not to let war sever the bonds of friendship between them and Afghan people whom they’ve grown to know through successive  delegations. Kelly and her companions insist that the U.S. is not waging a “humanitarian war” in  Afghanistan and that the U.S. plans for maintaining special operations forces and drone warfare in Afghanistan will prolong and exacerbate this war.

From 1996 – 2003, Voices activists formed 70 delegations that openly defied economic sanctions by bringing medicines to children and families in Iraq. Kathy and her companions lived in Baghdad throughout  the 2003 “Shock and Awe” bombing. They have also lived alongside people during warfare in Gaza, the West Bank,  Lebanon, Bosnia and Nicaragua.

She was sentenced to one year in federal prison for planting corn on  nuclear missile silo sites (1988-89) and spent three months in prison, in  2004, for crossing the line at Fort Benning’s military training school. As  a war tax refuser, she has refused payment of all forms of federal income tax since 1980.