Julian Assange on The WikiLeaks Party 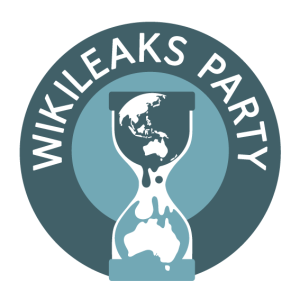 The Australian Parliament has received enormous international and local attention in the past year – not because of the eloquence of its debates – but because the behaviour both in its chambers and in its backrooms has been so Machiavellian that the world has looked on in amazement.

Even when you take out the leadership battles and the shameful quality of discourse between the three parties and the independents – what has been even more disappointing has been the stealth with which our elected representatives have worked together (often across party lines) to pass laws without proper public consultation. In the last month alone Labor and the Coalition have come under fire for agreeing to remove several federal Parliament departments from the reach of the Freedom of Information Act.

As much as commentators argue that Australians are sick of the childish and bullying behaviour in Canberra – what I think Australians are really tired of is the way in which government in all its forms operates behind closed doors. Whether it is superannuation entitlements for politicians, or decisions about who should be Prime Minister, the doors in Canberra remain closed and impervious to the average Australian’s scrutiny.

The results are distrust and scepticism that anything enacted by the federal parliament is genuinely motivated by the wellbeing of all Australians.

According to classic notions of parliamentary government, the legislature imposes accountability on the executive government through legislation and enquiry. The original purpose of a parliamentary system is not only to represent voters but to ensure that the government is held to account for their actions between elections. This sort of accountability has been embarrassingly absent in Australian politics for years now.

There is an implied assumption that all Members of Parliament should act in the interests of their electorate, but that doesn’t mean they will or do. The WikiLeaks Party will demand that the policies and legislation debated in the two Houses will be the same debate that goes on elsewhere in the building.

One of the first actions of the WikiLeaks Party in the Senate, would be to insist that there be full disclosure of the asylum seekers arrangements Prime Minister Rudd said last Friday have been agreed with the PNG Government – including host arrangements, the provision of resources, and details of adequate medical and psychosocial health resources and personnel, the construct of the refugee claims review process, and of subsequent judicial review, and of the conditions of resettlement for those whose applications are successful. Under the Migration Act 1951 Australia retains an obligation to Australia-bound Asylum Seekers it may “transfer” to PNG. Considering PNG’s developing country status, the Australian Government must disclose how it will assist the PNG to financially support resettled refugees.

WikiLeaks Party’s core values of transparency, accountability and justice are the template against which we will examine any important issue for Australians; tax reform; asylum seekers; climate change policy, and more. We will not accept legislation or government policy that is based on inaccurate, poorly disclosed or inadequate information. In this way our positions will always reflect fairness, good government policy and practice, and protecting the interests of all Australians.

True parliamentary democracy is a system that facilitates the obligation to dissent. The WikiLeaks Party recognises the need to scrutinise government activity and to defend the legislature against the executive government. We will stand as a constant reminder to MPs and Senators that the proper function of the Senate is to be independent of the government of the day, something which has been forgotten in Canberra these past months. The vigour of this scrutiny can only be maintained if the government does not hold a majority in the Senate.

The WikiLeaks Party is a party of investigation and oversight, a party at one with the Senate’s constitutional ideals.  The WLP Senators will act as agents of genuinely independent oversight precisely because we are not a party of government, of factional deals, of big business or of the environmental lobby.

When dealing with legislation that comes before the Senate, our Senators will ensure as far as possible that all legislation that is enacted is debated, voted on and reflects the values that the WikiLeaks Party stands for: transparency, accountability and justice.

Putting the WLP in the Senate is the same as putting Australia’s best investigative journalists in the Senate. That is what the Australian Parliament has always needed. And what the dishonest Canberra establishment fears most.

Declaration of conflicts of interests – three of the seven the candidates are writers for The Stringer – Gerry Georgatos, Suresh Rajan and Dr Binoy Kampmark.