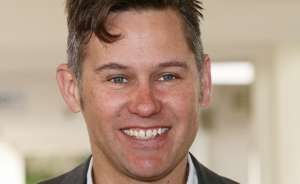 The campaign for homeless friendly precincts has been winning significant promises of goodwill. Yesterday, the City of Fremantle Mayor, Brad Pettitt stated his support and will be taking the concept to his councillors next week at a briefing meeting ahead of their full council meeting. This support follows last Friday’s overwhelming support by the City of Perth’s Mayor and Deputy Mayor for these precincts.

It is long overdue that we should establish a minimum response to homelessness because it is not going to be anytime soon that State, Territory and Federal Governments are going to build the number of public houses that many of us would love to see built. For instance in Western Australia to address need, nearly 22,000 public houses – homes – need to be built. It would take at least a billion dollars to meet this quota and address current need – in my view this is the best possible investment that any civil society can make, one of the proudest legacies they can have but on the other hand it is not going to happen.

It is not happening, not anytime soon anyway. In the meantime the homeless friendly precincts should be a must-do. They are definitely a can-do; one-off infrastructure costs by no means expensive and then thereafter maintenance and operational costs only.

A homeless friendly precinct is in the least a few hundred square metres of showers, laundries, small storage facilities, a treatment area, a rest space, a services area with something as simple as a rostered barber. I have assisted the homeless for more than two decades and the commonest recurring theme has been “I just want to be able to shower each day, wash up, feel good and just to store my stuff.” Psychosocially this is important, in fact imperative.

Ideally, the State Government will stump up the infrastructure spend – while the local governments will provide the venue, take care of the tenure issues, leases and all that and manage the operations of the precinct.

The homeless friendly precincts will also be an opportunity for service providers – inside and outside of the homelessness sector – to wraparound the homeless; counsellors, education providers, job skills services, jobs providers.

There is no greater legacy that any of us can have than to know we have improved the lot of others and especially to the point of changing lives.

City of Wanneroo Mayor Tracey Roberts is a fan of the homeless friendly precincts concept and has her council already working on potential locations. Lord Mayor Scaffidi sees the potential to include a food hall for the homeless in a City of Perth homeless friendly precinct – so the homeless who depend on food vans and soup kitchens in parks and in the open can have the dignity of an internal space, secure from the threat of inclement weather, and dine with dignity.

The sooner all this happens the better. So we are campaigning at pace – meeting with every layer of government – local, State and Federal. There is no reason why the philanthropic sector cannot chip in also.

“Places where people can shower, store their belongings in lockers.”

“Get something to eat. Check their email. Have a haircut. Be given clothes, toiletries, blankets, medical supplies, and so on if need be.”

“Places the compassionate public can drop off donations to. Places designated, designed for people experiencing homelessness, places where they will not be moved on, harassed, shamed. Places that belong to them.”

Homeless friendly precincts – we will make these happen

We must get homeless friendly precincts

One in four of Australia’s homeless are children

Who will house the children?

Before we help ourselves further we must help the homeless

Jessica has been sleeping in a wheelchair in city carparks