It’s ‘Homelessness Week’ but who will house our toddlers, the babies? 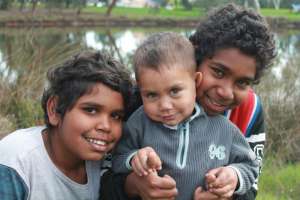 The calendar event, Homeless Week, is upon us this week and quite a few parliamentarians and mayoral types will mix it with the big end of town and the homelessness sector at various red ribbon events. But nowhere in sight will there be the homeless. We will not hear from the homeless. These political figures who will strut their stuff, will fill the VIP seats at breakfasts, luncheons and auditoriums are the same politicians who spend the rest of the year pretty much avoiding the homeless issue. Some of them are responsible for inflicting acute further hardships on the homeless, with their hand in policies that ‘move-on’ the homeless,  that effectively criminalise them, that forever neglect them and even further victimise them.

Governments lay claim that they are ‘committed’ to doing everything they can for the homeless but most of us know this is not true. If they were committed they would not be cutting funding to homeless support groups. If they were committed they would be building more public houses – homes. In the very least they would be building homeless friendly precincts, in every major hub of their cities; a few hundred square metres of showers, laundries, small storage lockers, a treatment centre and rest space – a place where the homeless can go to each day for that little bit of human dignity.

In my twenty years of assisting the homeless this is the most recurring theme – “I just want to have a shower each day” “Somewhere to wash my clothes” “Just get a haircut” “Just feel human.”

There are 20,000 children aged less than 12 years on the streets of this nation – homeless. This is a moral abomination. If the Census reports that more than 100,000 Australians are homeless then bank on it being at least double. But if we are to believe that one in five of those reported homeless are children aged less than 12 years than there is something really wrong in the nation. Something disturbing – not just a broken moral compass but no compass at all.

This morning I visited a homeless family, who have been chronically homeless. Their last homeless stretch year-long. They holed up in a condemned squat for months – in the City of Victoria Park, an inner Perth city region. That is till Shire officers escorted by Western Australian police evicted the homeless squatters and boarded up the house. They did not assist them to emergency accommodation or to any crisis care. This was a homeless family of seven; a 50 year old mother with her four children, the youngest aged 10 years; and an effectively adopted child, her nephew aged 11 years who she has been caring for after her sister died four years ago, plus a grandchild, a two year old. How could this family have been stranded with nowhere to go, no assistance? In the end they turned up to Perth’s inner city islet park, Heirrison Park. Many homeless have congregated to this island camp despite every few weeks the City of Perth shire raiding the island camp, confiscating the tents of the homeless and of their belongings and insisting that the homeless move on. To where?

On the last occasion, only weeks ago, the shire workers binned the food of the homeless and emptied out their water bottles. Unimaginable you would think. I was angry because I was disgusted. Where was their compassion, their common decency?

And when the City of Victoria Park shire workers and the police boarded up that squat did they not look into the eyes of the youngest children they left behind? Did they not look into the eyes of the eleven year old, ten year old and two year old and not feel the need to help them?  I have come to know this family – the face of hundreds of homeless families – in the last several months, and they are beautiful people. All power to them for keeping together through the worst of times and through the tide of moral judgments by those who crusade to move-on them and out-of-sight.

Western Australians have little idea of how many large homeless families are on our streets. The extensiveness breaks my heart.

In the last year my colleague, Jennifer Kaeshagen has housed a number of people from the streets – she does a better job than the Department of Housing, thinking outside the box. In January, Jennifer housed a family – a mother and her nine children, the youngest only 30 days old. Jennifer achieved the outcome that the Department of Housing and so many funded agencies should have achieved long before she got involved. The preceding year I housed a family of six children and their dad and grandmother – that every agency in Perth had failed for more than seven months. They had been living in two tents in a bush outskirt off a major northern suburban highway while taking the children to school every day.

Years ago, while I was at Murdoch University, as the general manager of the Murdoch University Student Guild and on the university’s peak academic planning council and on its board of directors, I exploited my positions to bring into university many former prisoners and homeless. I facilitated this through the alternative pathway programs. I created learning programs to assist them at the point of entry and throughout their education. There is no greater legacy we can have than to improve the lot of others to the point of changing lives, saving lives. My father and mother taught me this tenet. My father was born in the first year of the Great Depression, and when he was thirteen he left behind his family and his island village to craft opportunity in his nation’s capital. He worked and sent money home but he lived homeless – a child on the streets. This should never be the lot of any child but it was his lot, as it is for millions of children around the world and for thousands of children in this nation, the world’s 12th largest economy, one of the world’s wealthiest nations. I often reflect on what it must have been like for my father to be homeless as a child and somehow I feel it. My father has passed on now but I and he were much alike, our sensibilities, all of that.

I am banking on City of Wanneroo Mayor Tracey Roberts leading the way with the world’s first homeless friendly precinct, in her northern Perth shire.

Last week, homeless friendly precincts secured some long overdue media coverage thanks to good journalists at Channel Nine and Channel Seven News, and before that through various independent news media. Because of that coverage, the language of homeless friendly precincts hit Perth. Because of their coverage homeless agencies responded and some at the homeless camp at Heirisson are now being housed. The two year old and his mum will now secure accommodation. A brother has secured accommodation. Now, we have to house the 50 year-old mum, the ten and eleven year olds and two other teenagers. Jennifer is working at this but it should not come down to the kindness of individuals such as Jennifer to do this again and again and again. Jennifer is not alone – there is Tanya Cairns of H.A.N.D. who does everything she can to shelter as many homeless as possible – there is Jeanette Henry from the Perth Homeless Support Group who is relentless in providing resources to the homeless – and Jennifer has the tough gig with the First Nations Homelessness Project, having to face the racism that goes with housing homeless who are Aboriginal and/or Torres Strait Islanders. Addressing homelessness should be a priority of every layer of government, always. There should not be 20,000 children aged 12 years and less on our streets.

If we do not act in the ways today that we should, then rest assured that in the decades ahead Australia is looking at a million homeless Australians and more than a hundred thousand children aged 12 years and less condemned to homelessness and who will be exposed to every vulnerability that the cold predatory streets do inflict. Babies are born on the streets, people die on the streets. We can do at least homeless friendly precincts but not stop there either.

– If you can assist with accommodation and/or essentials for the homeless contact Jennifer Kaeshagen – 0449 655 282 – contact@thestringer.com.au

– If you can lend support to the campaign for ‘Homeless Friendly Precincts’ contact Gerry Georgatos – 0430 657 309 – gerry_georgatos@yahoo.com.au

Leave a Reply to robyn