“It is racism killing our people – suicides born of racism” 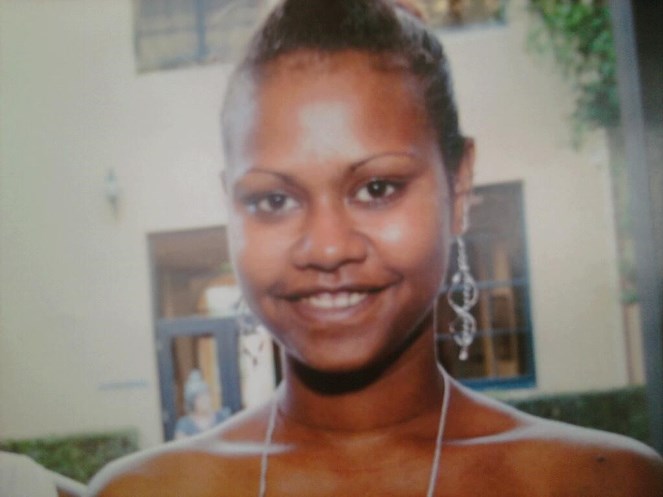 The Commonwealth Government has no choice but to prioritise above all else the suicide crisis shaming this nation. If it is not abated, the maddening crisis is the starkest portrayal of a racist nation. There are no excuses to hide behind, no justifications, other than heartlessness. Today, I bring to you the story of another suicide, of another young life cut down by the abomination of racism.

During the last couple of years, The National Indigenous Times, The National Indigenous Radio Service and the online independent news site, The Stringer have led the way in sustaining the coverage on the suicide crises that most media did not utter a word about. During the last couple of months, there has been significant coverage, particularly in The Australian newspaper, led by journalists, Paige Taylor, Andrew Burrell and Natasha Robinson, and also in the ABC, led particularly by the 7:30 Report’s Bronwyn Herbert and Lesley Robinson.

Last year The National Indigenous Times brought to the nation’s attention that the suicide rate among Aboriginal and/or Torres Strait Islanders is likely as high as one in 12 of all deaths, a horrific suicide rate. How could this be possible in the world’s 12th largest economy, 2nd wealthiest nation, and in a nation with the world’s highest median wages? But Walmajarri and Bunaba Kimberley mother, Lena Andrews, can tell you why.

“Our people are smashed by it, hurt by it, tortured by it. This is a nation of two peoples. The First Peoples and the Australian peoples and unless First Peoples do as they’re told then they are punished by every means imaginable.”

Ms Andrews’ has just lost her 18 year old daughter, Philinka Powdrill, to suicide. Philinka was buried last weekend in her Kimberley hometown of Fitzroy Crossing. But Philinka was not someone without capacity, without bright hope for the future. Philinka had just graduated from a Melbourne boarding school.

“Our people need ‘resilience’ to cope with the racism that hurts this nation. We need resilience to deal with how we are looked at, viewed, treated, and not just by governments who are in the end responsible for the lot that is racism, but also we need inexhaustible resilience in our daily ordeals with ordinary people who have soaked up the prejudices of one generation after another.”

“Our people are under attack every day. Governments just do not stop. It is one attack on us after another. They want to shut down our communities. They want to move us around, off our lands. They want to manage us, to do this and that to us. How much can we take, how much can we deal with, how much focus on the colour of our skin or on our identity can we deal with and stay resilient? It takes a toll on us to be made to feel different, to be made unequal, to be treated like we are shit.”

“Our people are homeless, they are turned away, they fill the prisons, and they are battered and bruised. Their only hope in this terribly racist nation is to turn away from one’s own, and turn on each other, and get in bed with effectively the racists, whether they are governments or whomever.”

Ms Andrews, a former radio broadcaster in the Kimberley, has a 23 year old son in Casaurina prison, south of Perth. She is worried whether her son will make it out alive. However, it is ten times more likely that he may lose his life in the first year post-release. Prison is a harsh punitive experience where in general people come out worse than they went in.

Philinka was born in October 1996, but just a little over 18 years later she would take her life. Five weeks passed between Philinka’s death and her burial. The family fought for her brother to be released for the day of the funeral of his sister but Corrective Services knocked this back.

“It broke our hearts, the decision to not let my son attend his sister’s funeral has devastated us, compounded more anguish.”

“He has been a victim of sexual abuse in prison, we are worried for him, we are now more worried than ever before.”

“It is bullshit, just bullshit.”

“How much can our people endure?”

“On top of this, the Coroner’s office did not return my daughter’s clothing which we did want returned. They destroyed it. They claimed it was contaminated. That’s just more bullshit.”

“My beautiful daughter is gone. We did everything that we could. Her graduation day at Wesley College (Melbourne) feels like yesterday. What we could not succeed to achieve was win the battle against racism, in finding the resilience to keep at bay how we are made to feel as a people.”

The National Indigenous Times allowed me to use my foray into journalism to highlight the suicide crises rife among Aboriginal and Torres Strait Islander communities. Indeed, this newspaper allowed for advocacy journalism, for sustained coverage and has knocked up a long overdue national conversation. In the time since I have met with the Federal Government, in particularly with the Minister for Indigenous Affairs, Senator Nigel Scullion, who has listened and has in turn funded the Aboriginal and Torres Strait Islander Suicide Prevention Evaluation Project led by Indigenous Mental Health Commissioner Professor Pat Dudgeon and which includes myself as a researcher and community consultant, among other very good people. We are working, at speed, to not only identify the ways forward, as we already know much of what is needed, but also to see the ways forward at long last enabled.

But this is not enough. We need a multi-partisan Government approach to not only respond to the suicide crisis but to everything that underwrites it – the racism, the bent for assimilation, the cheating of peoples of their right to Country and of the right to various dues from their Country. I have now travelled back and forth from Western Australia to Canberra several times in the last couple of months to meet with Ministers, to meet in particular with Senator Scullion and Senator Nova Peris, because in the end it is only they who can make the real difference. The sustained coverage by The National Indigenous Times, The Stringer and now by the general media must be matched by our parliamentarians. I have faith in Senator Nova Peris working with Senator Scullion on funding suicide prevention and social and emotional wellbeing programs – this is a must-do. However Senator Peris is who I believe should replace Shayne Neumann as the Opposition’s portfolio holder for Aboriginal Affairs and Senator Peris must break free from the shackles of party room politics and resonate into the Senate the issues that give rise to the suicide crises, in particular the racism.

Professor Pat Dudgeon is publicly calling for a “national inquiry into the suicide crisis of our people.” We know what the issues are but the nation has to hear them unless our Governments decide to lead the way, stand up and be counted and save the hassle and delay that will come with a national inquiry.

Governments will fail in many of their objectives but the one objective that they should prioritise above all others, and the one objective they must not fail in delivering, is in reducing the loss of life by suicide. There is no greater legacy that any parliamentarian can have than in having saved lives.

The First Peoples of the Kimberley and the Northern Territory have among the world’s highest suicide rates, and unless the Federal Government as a whole steps up I can state without any reservation that this catastrophic crisis is only going to get worse.

– Declaration of impartiality conflict of interest: The author of this article, Gerry Georgatos, is a senior researcher and community consultant with the Aboriginal and/or Torres Strait Islander Suicide Prevention Evaluation Project (ATSISPEP).

It is only at the request of Philinka’s mother’s that we have published the photo of Philinka and used her name. Philinka’s mother, Lena, is urging for much to change for all her people, and that her daughter’s passing brings on the journey to the changes that would have made a difference to Philinka and the many others who we should not have lost.