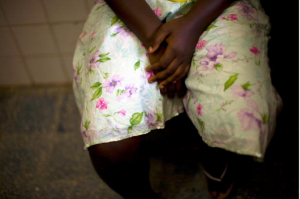 The link goes back to colonisation and historical trauma, we are told. But how, exactly, does historical trauma become intergenerational trauma, and how does this trauma affect both the incarceration rates and the suicide rates of the First Peoples in a white settler country?

The arrival of the white man in Australia caused many Indigenous people to suffer trauma at first hand. Captain Cook shot one of the first people he met in Botany Bay and many others were killed, including groups of men, women and children who were massacred. Many of the survivors would have suffered from high levels of anxiety and anger, what is now called posttraumatic stress disorder. Later on, being forced off their traditional lands and incarcerated on missions and native reserves would have caused intense feelings of grief and loss, often associated with anger, lateral violence, and substance abuse. The social and emotional wellbeing of the First Peoples would certainly have been affected. But there is more.

Rape and sexual abuse were always part of the frontier wars and of colonisation. Young Aboriginal women, some only girls, were referred to as “black velvet” and used by white men for sexual purposes. There are stories of children being kept captive with the drovers and other groups of white men, only being discarded when they were infected with sexually transmitted disease.

Eventually most of the Aboriginal people were placed under “protection” and confined to the missions and native reserves. Many of the children were raised in mission dormitories, as this was seen as the best way to convert and educate (assimilate) the next generation. Not only were there Stolen Generations but there were Incarcerated Generations. At one time in Australian history it seems that most First Nations children were raised, not with their families, but in dormitories on missions and native reserves.

We now know that placing children in institutions exposes them to the risk of physical and sexual assault. We have had enquiries into Catholic orphanages and Catholic boarding schools. We know that there was sexual abuse in Anglican Church schools and Salvation Army and Presbyterian Church children’s homes. There was the Forde Enquiry in Queensland and there were investigations in Ireland and Canada. Children were sexually abused in church dormitories by priests and ministers and Salvation Army officers. We no longer allow the institutionalisation of children as the risks are considered too great.

In times past the British were accustomed to sending their children to boarding schools, sometimes from age six or seven. The famous author C.S. Lewis writes about the pederasty (sex between older and younger males) that was an accepted part of English boarding school life. These young men, exposed to child sexual abuse at school, were then sent into the British Army or Navy to sail around the world, and some joined the church. Some became missionaries.

There have been a number of reports about sexual abuse in Indigenous communities. It does not make sense to compare rates of sexual abuse in different communities as so much is hidden and unreported, but it is entirely plausible that children raised in mission dormitories may have been sexually abused. Then, as children do, some may have acted out, coercing other children into sexual activity. As adolescents and as adults, they may have continued to abuse children or young people and so just one paedophile priest or missionary may have spread sexual offending behaviour throughout a community. When the mission era ended, around 1970, the practice of incarcerating children in “Boys Homes” from the age of eight would have exposed another generation to sexual abuse and sexual exploitation.

Research in Melbourne by Professor James Ogloff and others has confirmed that offenders have often been child sexual abuse victims themselves. He says that 30% of all Australian children have been sexually abused, that sexual abuse victims are seven times more likely to become offenders, and much more likely to complete suicide. Here is the link that we are looking for; sexual abuse may be the back story for both offending behaviour and suicide. Unfortunately, investigations into the institutional source and origin of sexual abuse in any community, whether it is a church, a school or a former native reserve, is always hampered by shame. People tend to hide the abuse that they have suffered and to feel deeply ashamed of having been victimised.

Today mass incarceration continues the sexual abuse of Australia’s First Peoples. I want to make it quite clear that I am not speaking for, or on behalf of, First Nations people. I am speaking on behalf of the white settler system of colonisation and assimilation that was called “western civilisation” throughout the 20th century. This system produced missions and children’s homes and boarding schools and prisons, all of which institutionalise young people and expose them to child abuse and bullying, including non-consensual sex. But the prison system is particularly noxious.

The most vulnerable prisoners, the young, the intellectually impaired, and the mentally ill, are targeted for sex and once they have been raped or forced to give oral sex to a high status inmate, they are considered fair game by many others. No one is punished for sexual assault in prison because the code of silence applies and breaking that silence is a death sentence. Even if a victim is hurt or in pain and goes to the prison hospital for treatment, he will never reveal the name of the perpetrator. His distress and shame may be so great that he may take his own life.

So rape and child sexual abuse may have been visited on the First Nations peoples by white men who were accustomed to sexual victimisation in their children’s homes and boarding schools, and on their infamous ships. The missionaries noted that Aboriginal girls were married at puberty, boys were cared for by their uncles, and strict rules controlled social and sexual behaviour. Under colonisation First Nations people were placed in mission dormitories, children’s homes and prisons with very different models of sexual behaviour. Today the problem of lateral violence in Indigenous communities may include sexual violence and, as long as the numbers of First Nations people in custody remain high, sexual victimisation will continue. It seems that offending behaviour and completed suicide will follow in its wake.