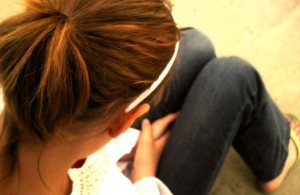 Several weeks ago I identified that there have been 996 reported Aboriginal and Torres Strait Islander suicides between 2001 and 2010; from a racialised vantage this statistic is one of the world’s worst rates of suicide. Each year, at least one in four Aboriginal deaths is by suicide. I estimate that the actual number of suicides by Aboriginal and Torres Strait Islander people is closer to double the reported rate collated from hospital data by the Australian Bureau of Statistics (ABS).

Far too many commentators have been pushing the line that the suicide crisis afflicting Aboriginal and Torres Strait Islander peoples is extremely complex, and that solutions are not easily identifiable. Well, they are wrong. What has occurred is neglect of this phenomena during the last fifteen years as the suicides have increased. What is needed is funded research into the underlying issues, which so far there is very little of. The understanding of this crisis, its origins and contemporary causes and hence what needs to be done, is not complex – the causes and solutions are identifiable, but we do have to accurately identify the causes and therefore the target-specific remedies, some of which already exist.

In remote communities, where there is a disproportionate spike in the spates of suicides, particularly youth suicides, impoverishment quantifiably makes difficult the satisfactory navigation of ones identity through society. Children and youth in these communities, such as Beagle Bay, One Mile Community, Kennedy Hill, Mowanjum, Balgo for instance in the Kimberley, watch their parents and most of the whole-of-their-community languish in impoverishment, and to pour salt into the wound they feel humiliated by rife tokenism rather than egalitarian respect, where their families are patronised by non-Aboriginal bureaucrats with the sporadic but limited exchange of food, song, dance bipartisan events. This has a negatively psychosocial effect on the children, one that drives home the message of ‘inequality.’ More than 200 Elders in the northwest and the top end have been interviewed for this conclusion to be made. Assimilation is all well and good for those who want it or believe there is no other option, but wholesale assimilation is not a solution, but a silent killer for those who reject it. Humanity unfolds and it often reacts with conscientious and even unconscionable objections to any raft of imposts. Integration should mean the opportunity to enjoy the best of cultures, allowing humanity to unfold but assimilation means doing away with ones’ culture and therefore historical identity. The humiliation that children feel via the situational trauma of their everyday witness offends the psyche and anger arises and is quickly displaced.

Reducing impoverishment – the third-world akin conditions that at least 50,000 Aboriginal peoples are stranded within – will go a long way to reducing the horrific rates of suicides. The majority of the suicides, attempted suicides and self-harms (which are in the hundreds for every reported suicide) are found within the poorest 100,000 of our Aboriginal and Torres Strait Islander brothers and sisters from the 671,000 who ‘identify’.

We do have a crisis, and it has been generated because of various criminal-like neglect of the poorest of our historically disenfranchised Aboriginal peoples and by the intended and inadvertent rubbishing of their right to their historical and unfolding identities. The collective statistics skewed from 671,000 people identified as Aboriginal and Torres Strait Islander peoples hide the dark truth that there has been little to no closing of the many justice, health and poverty indicators of our Aboriginal brothers and sisters. The ABS Census keeps on increasing the numbers of those ‘identifying’ as Aboriginal or Torres Strait Islander because of heritage questions on the Census, but it does not ask the individual if this is their major identity or if they choose to identify, other than effectively asking only whether they have any such heritage. Many people answer yes to fact or the assumption of some heritage somewhere along the line but without their knowledge are hence identified by the ABS data as Aboriginal people despite being from a familial history several generations old that have lived as non-Aboriginal Australians in first world circumstances devoid of Aboriginal or Torres Strait Islander culture. This is important to understand in terms of the medians the health indicators, and including life expectancy, that are reported to us. I note, 83 per cent of Aboriginal couples are of Aboriginal and non-Aboriginal partnerships. If we standalone the statistical and demographical data on Aboriginal and Torres Strait Islander peoples we will find that for those who do genuinely identify (that is of their own will) as Aboriginal their justice, health and poverty indicators are actually much worse. For instance, reported deaths by suicide would rise from one in every 24 Aboriginal persons per annum to one in every 16 Aboriginal persons.

Not all those who have suicided were unemployed and “aimless”. A significant proportion were employed, many of them in good jobs and therefore with good prospects, but the wounded ‘id’ in having to deal with an identity, historical and cultural, that is considered a liability by the majority of the nation’s population, tokenised, patronised, and even rubbished, and compounded for those mired within third-world akin living conditions, hurts – often grievously. Equality is both the right to live as others do and from within this right to enjoy ones’ own but this is not the case for especially 80,000 Aboriginal peoples who reside on Country, in the remote, in the impoverished communities.

The deterioration of any humanity into alcoholism, substance abuse, various criminality, into dysfunctional settings are not the underlying drivers but the predicaments that have surfaced.

Empowerment and pride in ones’ own identity are imperatives – and the right to ones’ culture, with integrity and dignity, should not be denied by assimilationist arguments.

The Dr Warren Mundine led Indigenous Advisory Council has at least acknowledged what Governments had not, and that is to acknowledge the suicide crisis and to commit to do something about it. Hopefully, Dr Mundine’s Council will live up to this, do the distance – and surround the Council with all the right people, those on the ground working alongside their people, those with evidence-based programs that have succeeded, those who understand the importance of easing from the hearts, souls and minds of people the presumption that their identity is a liability.

If this Government achieves little else but radically reduces Aboriginal and Torres Strait Islander suicide rates then it will have achieved much, and a legacy to be proud of. In order to achieve this, they must understand that identity is at the heart of the psychosocial understandings of what is leading people to suicide.

Gerry Georgatos is a university researcher in Aboriginal and Torres Strait Islander issues including the suicides, premature deaths and the incarceration crises.