In fact, one person suicides every 20 seconds, not every 40 seconds 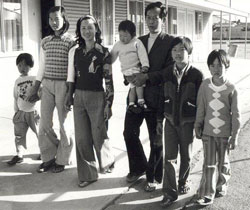 Gerry Georgatos – In Australia, officially, someone suicides every three hours. In many western countries, by the hour, in some by the minute. Globally, on average, suicide is the leading cause of unnatural deaths. However, suicide remains underreported, that’s a given. It is likely twice as high as reported.

In some countries, suicide is rarely registered as a cause of death.

The World Health Organisation estimates globally one person suicides every 40 seconds, however I argue that if there is underreporting, which there is, then it’s every 20 seconds.

Half of the world’s suicides are not registered or reported.

In the last decade Australia has recorded a 35 percent increase in suicides. If the suicide toll and rate is increasing, if suicidality is being experienced by increasing numbers of ever so young children – as young as 6 – then there’s no strategy to claim. Strategies need to be measurably successful and if they aren’t but are persisted with, then they’re propaganda.

The majority of suicides are preventable. There are identifiable categorical risk groups we can outreach to and support individuals to the transformational, to the lifesaving.

A couple of weeks ago, I wrote about recent losses. A father of three who hailed relatively recent from India, suicides. So too a young father of one, Indian born. They are two of six this year, who migrated relatively recently from the subcontinent, whose families have reached out, following their suicides. And so too an Eritrean mother, South Sudanese youth, Czech mother, Iranian Kurdish gentleman.

So too the families, of eight youth and older, Maori born, suicides.

The migrant born recently arrived, fallen to suicide, are lost in translation. So too many others. Youth, Transgender tormented, suicides. Thirty-six years old mother of nine, suicides. Mum of six. Mum of five.

Youngest suicide attempt, six years. And I write this as I have just returned from an across the continent travel to a seven-years-old, suicide nearly fell. Journeyed to pass on the baton of life, to look into our eyes, to believe in living.

A father of three passes from suicide. We support as best able the grief left behind. Spread love, salt the earth.

Majority of suicides preventable. Governments ‘commit’ to prioritising, but ‘commitment’ is political speak for doing nothing.

Two thousand suicides so far this year. Governments contribute to the suicide toll. Death notices signed, children not long from the cradle.

Nineteen years old impoverished single parent mother recently suicided. Robodebt $9000 contributed to suicidality. All became too much. But left without a mum, and already without a dad. This is the Australia I know, live.

Most recently, I have supported suicidal children, six, seven, nine, 10, 11, 12, 13, 14 years of age. So much living yet to do. Without dedicated support it is my very certain belief that some of them would not be with us today.

I remember always a 13-year-old girl who took her life. Her eleven-year old brother found her. The carpetbaggers let her down. The researchers let her down. No report, working paper, no book changed the world, did not save her life, did not breathe hope.

Many pontificate and others carpetbag; shame and more shame. The nation weeps.

There is one graveyard with five graves in a row; suicides.

The youngest suicide I have responded to, where I have worked long haul to support the family, is of a nine-year-old child.

I remember a father who found his son hours after his suicide. The father lay his son down and cradled his body through the night until responders arrived in the morning.

I remember the distraught family of a young man who only a week before his suicide had run into a burning house and rescued a young mother and her baby.

I remember a mother pregnant with life, taking her life.

Newly arrived migrants from language and culture diverse backgrounds can be at significant risk. The majority of the at-risk who are migrant born are coupled with economic stressors and divides borne of incidental isolation and inequalities. I remember a young mother, newly arrived, living in a high-rise public housing rental, with two children, the youngest not yet two. Her eldest not yet seven. She threw herself out the window. This is the Australia I know, I live.

In the last few years I have written more than 400 articles on the suicide crisis and on suicide prevention. In those same years I have supported hundreds of suicide-affected families and thousands of critically at-risk individuals.

Once upon a time, as a young child I remember the absorption of sadness by some of Sydney’s Greek community of the suicide by a relatively recent migrant Greek youth. Years later I would read some of his letters to the homeland, yearning to return after he made his quid in a country, he believed found it hard to accept him. Racism is much more pronounced for the poor; classism and racism mesh. There is by many a hostile denial of racism, but I lived it, and this is the Australia I know.

Our capacity to listen is an imperative. If there is no listening how can there be love? Without love the senses dull.

I can never forget children and older who slept from trees and rafters, whose last sight was a train. How many suicides will it take before the nation stops weeping and takes by the hand? Whose child, sister or brother, whose parent must be next?

We must be without argument and judgment, for redemption, forgiveness, sympathy, empathy, resonance, rapport mend. These arbitrators are angels but do not come easy, but they are vital in suicide prevention, in disabling trauma, in restorative therapies, in navigating people to a positive self.

The ages will take us all, our whispers disappear. Our time in this mortal coil should be a heaven of living, tens of thousands of days. Who should deny this to our children, to sisters and brothers? Alas.

According to the World Health Organisation 79% of the world’s suicides occurred in low- and middle-income countries. Poverty and socioeconomic stressors. High-income countries have the highest suicidality rates but it’s the low income, the poor in the high-income nations who are the most affected. Poverty and socioeconomic stressors.

Nearly three times as many men as women die by suicide in high-income countries, in contrast to low- and middle-income countries, where the rate is more equal. But by 2050, suicidality and suicides will equalise between men and women.