Imprisonment – A default response to women’s poverty and disadvantage 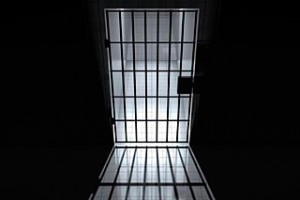 Women continue to be imprisoned at an alarming rate.  Over the past 10 years, the number of women prisoners in Australia has increased by 48% (compared with a 29% increase amongst men)[1].  Increases occurred in all states and territories except the ACT: of particular concern was a massive 300% rise in the number of women prisoners in the Northern Territory and an 84% rise in Western Australia[2].  Continuing a long term trend, in 2012 Aboriginal and Torres Strait Islander women were imprisoned at 25 times the rate of non-Indigenous women and almost twice the rate of non-Indigenous men[3].

EVERY Australian should be concerned about these trends … if only on the basis of economic self interest!  In 2011-12, the total cost of imprisonment across Australia was $3.3 billion.  By contrast, community corrections (which worked with approximately twice as many people) cost $4.8 million.  In 2011-12 we paid $139.02 per head of population on criminalisation.[5]

Imprisonment is the culmination of multiple (often multi-generational) disadvantages for more and more Australian women.  Almost 100% of women prisoners come from economically and/or socially disadvantaged groups.  The majority of women prisoners are themselves victims of crime, with over 80% being survivors of physical and/or sexual abuse.  Most were in state care as a child, with many having experienced childhood sexual assault and/or youth imprisonment.  The majority have a history of mental health issues and/or substance abuse and/or homelessness.  Most were unemployed prior to incarceration.  Few completed their secondary education.  Many women prisoners have all, or most, of these characteristics – they are Aboriginal or Torres Strait Islander women who have survived family violence, were in state care (often stolen) as a child, had limited education and continue to face poverty, mental health and substance abuse issues.

Prisons are, in and of themselves, criminogenic.  Many women who have survived (adult and/or child) sexual assault are re-traumatised as a result of common prison practices – including strip searching, supervision by male officers, detention in isolation and other violations of their human rights.  As a result, many women leave prison with exacerbated mental health and/or substance abuse issues.  At a more practical level, most women leave prison with outstanding debts, thus increasing their vulnerability to extreme poverty and recidivism.

In reality, prisons have become default (mental) health institutions, housing services and drying out facilities: prisons function in lieu of adequate health and community services for the most disadvantaged members of our society.  Increasingly judges and magistrates are imprisoning women on remand, simply to ensure their access to critical services, particularly accommodation and mental health services.  The profound and multi-generational damage brought about by this injustice will take generations to repair.

This trend reflects ill-informed social attitudes rather than rational social and economic thinking.  Despite a lack of any increase in serious crime over the past 30 years (and decreases in some types of violent crime) an irrational fear of crime pervades the wider community.  The current law and order approach to public policy has, ironically, served to criminalise increasing numbers of women for increasingly minor offences.  This has contributed to recidivism – that is, it has INCREASED the risk of crime.  Imprisonment of women is a false economy.

There is a better way.  Providing adequate, culturally appropriate services for women at risk of criminalisation can contribute significant budget savings and prevent the long term social and economic costs of imprisonment.  This is particularly apparent amongst the vast majority of women prisoners who are imprisoned for minor, non-violent offences – where their lives, and the lives of their children, are irrevocably worsened as a result of even a single, short, period of imprisonment.

Ultimately, we will only address the multi-generational criminalisation of women and children brought about through social inequities if we revisit our whole approach to criminal justice.  It is essential that, as a nation, we divert funding from punitive approaches and top down services which seek to control women’s lives.  We must invest in services which work alongside women and their families, treating them as equals, and genuinely address their economic and social needs.

In the interim, during this election campaign we should, at the very least, advocate the following immediate strategies:

1.     Reinstate the Centrelink Parenting Payment for parents with children under 18 years old and increase Newstart Allowance payments.  Repeated studies have demonstrated the difficulty of living on Centrelink benefits.  This fuels poverty-driven crime and the financial and emotional stress that too often makes prison (with its familiarity and secure food and accommodation) a relatively appealing alternative to continuing to struggle on the outside.  The recent change to the cut-off age (now 7 years old) for the Parenting Payment fails to recognise the higher costs of caring for older children.  Most criminalised women want to work, but are limited by barriers such as poor education, lack of previous work experience and employer discrimination due to their criminal record.  It is essential that criminalised women and women at risk of criminalisation are not pushed further into extreme poverty.  A continuation of this ill-informed eligibility change to the Parenting Payment and the low rate of Newstart Allowance, increase the risk that more families will be forced into the downward spiral of criminalisation.

2.     Decriminalise Centrelink fraud.  The vast majority of Centrelink fraud is driven by need, rather than greed. The Centrelink fraud committed by most women involves small amounts of money, relative, for example, to the minimum wage. The requirement to repay monies is, in and of itself, a massive penalty for families already living below the poverty line.  Criminalising and imprisoning women who commit offences in this area is counterproductive.  A federal criminal record only serves to make women’s situation completely hopeless, with little hope of ever escaping the poverty trap.  And, almost always, their children are further traumatised and disadvantaged, placing them at disproportionate risk of criminalisation.

3.     Fund community organisations to work with criminalised women – particularly Aboriginal and Torres Strait Islander women.  Since 2009, the Commonwealth Attorney-General’s Department has significantly reduced funding for crime prevention and early intervention projects designed to address the needs of criminalised women and their families.  Only a small number of services are funded under the Family Violence Prevention Legal Services for Indigenous Australians program, which largely works with Aboriginal women[7].   Whilst continuing to fund ongoing services of some value to women (e.g. Community Legal Services and human rights education), the main trend has been toward projects to address violent extremism, graffiti, street crime, school security, taxi security and neighbourhood programs.  Largely targeted at young men and concerned with the protection of property, these do not offer the long term social and economic benefits of prevention, early intervention, diversionary and rehabilitatory services for criminalised women.  Proceeds of Crime funds would more effectively reduce crime, if they were reoriented to address the needs of criminalised women.

4.     Resource the Australian Human Rights Commission (AHRC) to investigate Australia’s compliance with the Bangkok Rules (the United Nations Rules on the Treatment of Women Prisoners and Non-Custodial Measures for Women Offenders).  Adopted by the UN General Assembly in 2011, the Bangkok Rules recognises that women have a different criminogenic profile to men.  The Rules are designed to ensure the equitable and appropriate treatment of criminalised women.  The AHRC should be resourced to play a leading role in ensuring that all Australian states and territories meet their human rights obligations under the Bangkok Rules[8].

The tough on crime approach which has characterised Australia’s approach over recent decades has been a demonstrable failure.  Far from reducing crime, it has created a climate in which crime can flourish – both now and into the future.  This Federal election campaign provides the opportunity to begin to turn around the trend toward increasing misery for women and their families, and a growing financial commitment to unnecessarily locking people up in prisons for many years to come.

[7] This excellent program would need to be expanded considerably to adequately address the legal and family issues which contribute to the criminalisation of Aboriginal and Torres Strait Islander women.  And, further services are required to address women’s social and economic needs.

[8] Two documents have been developed to assist member states to fulfil their human rights obligations under the Bangkok Rules.  A Guidance Document outlines actions which need to be taken and an Index of Compliance provides a comprehensive checklist, designed to enable states to benchmark and measure their implementation progress in areas such as legislation, policy and health care.  Both are available at: www.penalreform.org/publications/bangkok-rules-guidance-document-and-index-compliance