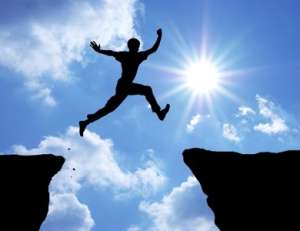 More Australians suicided in the one year, 2015, than in any other year and sadly it may soon be reported that just as many or more suicided in 2016. Though I pray I am proven wrong it is likely that in the years to come that the harrowing toll of 2015 will be exceeded in numbers and in rate. We will be sold many reports on the ways forward, that services are integrating responses, there will be trials and evaluations and yet the toll will continue to staggeringly increase.

Reporting the suicide toll alone is never a way forward – it’s the serious levels of depression that need to be measured and of the numbers diagnosed with depression. It’s the numbers of people self-harming that needs to be reported. This is where we can make a difference, save lives. With depression and self-harming we need to disaggregate to the causes and from there tailor make the responses, support and education. Armed with information we can improve the lot of others.

Yes, though we pray that it may not be the case the crisis appears to be escalating. The 2015 toll of 3,027 suicides is the highest recorded total of Australian suicides. It’s now at 8.3 suicides per day, up from 6 a day several years ago, then 7, then 8 – all in a matter of a few years.

The 3,000 suicides is the official total but many of us know it’s much higher, by as much more as 50 to 100 per cent. However the estimation that the overall Australian suicide toll is closer to 4,000 – thereabouts 30 per cent higher than recorded is indisputable.

Many police officers and researchers also agree that around 10 per cent of road fatalities are suicides. There are under-reporting issues. In addition to suicides there are risk-taking deaths and the drug deaths. There are increasing levels of unhappiness, of dissatisfaction, and an increasing accumulation of life stressors. It’s a punitive society, working people to the bone, increasing the cost of living, punishing people if they are not meeting financial obligations and a litany of other non-essential expectations. Mortgage and rent stress don’t just diminish the quality of life, they damage and for many destroy it; in particular for the predominant income earner but also for just about every family member. Mortgage and renters stress are taking out people. Mortgage and renters stress have become killers. We know of the people who have lost their homes and have finished up homeless. Suicide is the largest cause of death among Australians in the prime of life, from 15 to 44 years old.

There are both the mentally unwell and the mentally well who can’t cope with life circumstances and who are miserable and take their lives. There are mentally unwell family members in the care of mentally well family members, and for the carers there are an accumulation of stresses, a constancy of trauma, post traumatic traumas and complications, miserableness. They soak up a lot of sadness, often debilitated by fatigue and many degenerate into disordered thinking. Trauma is not limited to a traumatic event, such as physical and sexual, violence and maltreatment but can also be transmitted emotionally to for instance a caregiver, much in the same way someone who witnesses or experiences violence, war, a natural disaster. Trauma is vicarious and caregivers, in particular a child who is the carer to a parent, a parent to a child and of course spouses often become utterly intertwined and connected with the cared. The absorption of trauma by the caregiver will either lead to states of confusion, aberrant responses or to an utter absolute understanding of the cared and how best to care for the individual. This last bit is particularly so for those who feel love for the cared more so rather than attachment or duty and have as if naturally attuned to the sensitivities, sensibilities and inner self of the cared as opposed to carers who see patterns and the behavioural – it’s somewhat of the dialectical verse the cognitive. However even the most dialectic oriented carer is not spared from vicarious trauma. In all cases there is a complex trauma – which basically means multiple traumatic events, many which have become composite traumas, and for many degenerating to aggressive complex trauma. For the cared and caregiver the traumas are interpersonal and if there are children involved but who are not carers or the cared there are nevertheless for them too interrelated traumas – with some of this constituting adverse childhood experiences.

In managing trauma and in pursing trauma recovery any authentic restorative therapy must be founded in understanding whether someone is mental unwell or effectively mentally well but life circumstances are making them miserable and there is a presumption of not being able to cope. Certain sciences will mutate the above to the neurobiological, but in the  end everything is about relationships – predominately psychosocial but for the effective mentally well who are miserable, whose life circumstances appear inescapable, the way forward is their belief systems – a focus on validating that individual to a positive self and to a set of positive experiences. It can be as simple as that, for some.

I am not interested in desktop literature, even if it has been peer reviewed; unless it is drawn from the experiential I will not trust it. During the last few years I have been availed to more than 300 suicides – and to scores of other suspected suicides that did not finish up classified as suicides. In equal numbers I have responded to attempted suicides and in more numbers to critically stressed individuals, often in a family context.

It is true that much of our emotional wellbeing is tied up with our childhood. There is disordered thinking that plays out in mistrust, in aggressive conduct, in violence, in dissociative conduct and in various affective disorders. An inadequate caregiver who misunderstands the cared, or a parent or child who misinterprets the origins of the aberrant behaviour of the affected is incapable of forgiveness, or struggles to forgive (and this too is traumatic) and therefore does not allow for the redemptive, denies an authentic opportunity for relationship building; one founded in trust, respect, love. If we remove ourselves from the above logic and digress to the ‘abstract’, as if to sophistry, to terms such as borderline personality disorders, the psychotic and somatoform then it’s the caregivers, whether health professionals or family members who are ‘dissociative’. The childhood traumas – whether by maltreatment, neglect, diminution, abandonment or other interruption – will continue, play out, in adulthood.

The diagnoses matter, they are imperative. For too long we have been harassing people into a narrative of the mentally unwell, when instead many just need sound relationships, understanding, truth, and importantly validation. There are the mentally unwell – some are irrecoverable and then it’s about management and love however the majority are recoverable, and therefore for them it’s about restorative therapies and love. But for the anxious, frightened, traumatised who are nevertheless mentally well, it’s all about understanding, truth at all times, the dialectic approach as opposed to the cognitive approaches. The mentally well who are traumatised can often be the most tumultuous because you are engaging a high functioning and highly intelligent individual who for instance in childhood took psychological blows.

In trauma, it is imperative to differentiate the mentally unwell and the mentally well. Suicide, self-harm, unhappiness are not overnight events but narratives. Trust is the significant protective factor and also the fundamental relationship builder – you’ve got to be able to trust both others and oneself.