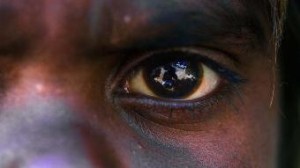 The Commonwealth Government through the National Suicide Prevention Program has agreed to extend funding for one more year to 49 suicide prevention programs. The suicide crises, particularly for First Peoples, and for Australian youth aged 14 years to 18 years, has been highlighted by The Stringer, The National Indigenous Times and The National Indigenous Radio Service for the last year – unrelenting coverage in advocating for substantive Government action.

It is a positive step that the Government has extended the funding for the existing 49 programs, while the Government waits for a review of the programs by the Mental Health Commission but which is not due till November.

The Kimberley-based Yiriman Project is one of the 49 programs to secure the one year extension. The Yiriman Project, an on-Country program that annually sponsors 400 youth on empowering identity and cultural experiences with Elders and mentors, is coordinated by the Kimberley Aboriginal Lore and Culture Centre (KALACC). KALACC coordinator, Wes Morris said he was “relieved that the extension came in” as funding was due to dry up in June. But he said that “new monies need to be found” for more programs and services “in addition to existing programs.”

“It was good news today that along with the other 48 programs we have been given the year extension.”

“We urge though that no programs be cut period and  that funds be found to facilitate more programs and services,” said Mr Morris.

Mr Morris said that “if we are to be serious about preventing suicide” we need to fund programs that address the hopelessness that many children and youth are increasingly feeling. This sense of hopelessness is more prevalent in the remote and neglected communities of First Peoples.

Mr Morris is a fan of the work of Canadian academic and suicide researcher, Professor Michael Chandler, who believes that identity, historical and cultural, is vital to the self-esteem of the individual and the community.

Mr Morris recited  Professor Chandler’s concluding words to his essay ‘Cultural Wounds’. “If suicide prevention is our serious goal, then the evidence in hand recommends investing new monies, not in the hiring of still more counsellors, but in organised efforts to preserve Indigenous languages, to promote the resurgence of ritual and cultural practices, and to facilitate communities in recouping some measure of community control over their own lives.”

“Chandler’s findings support Aboriginal and Torres Strait Islander led research around community empowerment. The ‘Hear Our Voices’ report identified a high level of need among communities in the Kimberley for a range of culturally appropriate and locally responsive healing, empowerment and leadership programs and strategies. Culture is a core component of any empowerment program,” said Mr Morris.

Western Australia has the highest suicide rate of First Peoples in the nation, 36 per 100,000, nearly 50 per cent higher than the Northern Territory. Since Christmas there have been a dozen suicides in the Kimberley of First Nations people, including that of a 12 year old child.

Recently, the Chair of the Indigenous Advisory Council to the Prime Minister, Warren Mundine said, “Suicides are about kids who don’t see a future for themselves. If they do not see a future why should they go to school when they don’t see a job. There is a breakdown of culture and community and there is this malaise occurring in communities where suicide is the only alternative they see.”

“We need to address this,” said Mr Mundine.

Professor Chandler is of the view that the suicide crises of First Peoples are the response to cultural wounds and that therefore the most responsible way forward is for cultural wounds to be healed. The tragedy in the Kimberley continues, and the communities and shanty towns of Beagle Bay, One Mile, Kennedy Hill, Oombulgarri, Derby and the list is long, the people have asked that we sustain the coverage and tell their story till they are heard.

Yirriman, like most of the other 48 programs is funded by two triennial funding agreements with the Commonwealth, due to expire in June, the one year extension is to be applauded however what is important is that they are continued after the one year and that more funds are made available for a baseline model of suicide prevention programs, empowerment projects and hope filled capacity builders to all vulnerable communities, but vital is that they are led in-house by First Peoples from within their own communities.

–         The writer of this article, Gerry Georgatos, declares an impartiality conflict, as he is both a suicide researcher and a journalist who has sustained coverage on the suicide crises, writing more than 70 articles. On Wednesday 16th of April 2014, Gerry Georgatos will be in Canberra to meet with the Federal Minister Nigel Scullion to discuss the ways forward to end the suicides crises.