If there is deficit, there is surplus – harm economics 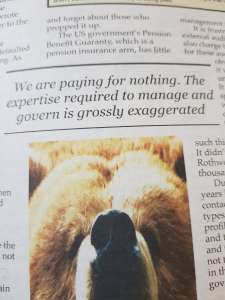 Gerry Georgatos – Where there is deficit, somewhere else there is surplus. In economical terms someone’s deficit is someone else’s unfair gain. That’s greed economics and underwrites income inequalities. I describe greed economics as harm economics, and which culminates in high suicide tolls and rates. The majority of suicides are the direct result of socioeconomic disadvantages and stressors.

In Australia, two-thirds of suicides are of people who lived below or in proximity to the poverty line and were overwhelmed by socioeconomic disadvantages.

Australians who live within the lowest two quintiles of household wealth, proximally $36,000, are subject between two and a half to three times the rate of suicide of Australians in the top quintile of household wealth, proximally $200,000. Poverty and associated hardships are increasing and deepening. Concomitantly suicide tolls and rates are increasing.

According to the Australian Bureau of Statistics’ Household Income & Wealth Australia 2017/18 Report income growth has been effectively non-existent for the average Australian household. But the top quintile continues to score income growth, and therefore despite stagnancies for the majority of Australians, particularly the poorest, income inequalities reprehensibly widen. The harm effects deepen, the stressors are self-evident, the clinical and non-clinical disorders affect more people, the new mental health diagnoses increase.

The top 20 percent of Australian households are approaching nearly 100 times more average net worth compared to the lowest 20 percent. The more crushing the poverty the higher the incidence of clinical and non-clinical disorders, the lower life expectancy, the higher the suicide rate.

Reprehensibly, in the last fifteen years there have been only negligible gains for the poorest but obscenely for the top 20 percent there has been an average net worth increase of 70 percent. So, from less than $2 million net worth to nearly $3.3 million. That’s a failing society, or no society at all. A society is defined by the sum of its relationships.

The bottom 20 percent of households over the same period saw only the negligible increase of average net worth from $34,000 to $35,000. However, expenditure and debt have increased markedly for this poorest quintile of Australians, with the accumulation of life stressors increasing, deepening, harming. Those who have for so long denied the economic causal narratives, or who reject them need to take a deep breath, step back and start paying attention to the raw data. This includes the mental health industry, and all the so-called mental health experts, clinicians and akin, academics, who decry the links.

Income share is unfair and there remains a permanency of trend with increasing unfairness and increasing disparities.

In 1950, in economic terms, the top one percent of Australians enjoyed unfairly 14 percent of the nation’s total income. There was a drive to various universalities and this disproportionate income share decreased to five percent by 1982 but with a litany of horrifically deleterious wage and other economic accords during the 1980s, and a masked deregulation of protective economics and the bent to profit motivated privatisations, we presently have the one percent with 10 percent of the total income share. However, whereas in 1950 cost of living pressures were less than today, there were more protective economics, caps and akin, today the protections are negligible and cost of living pressures are by comparison dramatically higher.

Wealth inequality is an abomination but worse is the increasing inability to afford to survive.

The horrendous lie of our generation is the one that people are being lifted out of poverty. Globally, seven of ten people live with less than 10 dollars AUD daily. Fourteen percent of Australians live below the Henderson Poverty Line. Three million Australians live below the poverty line or in close proximity. Nearly one million children. The depth of poverty is masked by singular associations; publicly measuring poverty alongside income, when in fact we should be including the ability to afford, what households go without, such as primary and secondary health needs. We should be measuring what opportunities they are denied, including education and employment. We should be measuring life expectancy and suicide rates.

Australia’s Productivity Commission reports that the top 10 percent of Australians economically, average more than 40 times the wealth of an Australian in the bottom 10 percent.

The divide is widening, the harm impacts are pernicious and more injurious. Each ensuing year of deepening inequality wounds more deeply the poor and the struggling, and the equality of fairness and opportunity is exposed for the lie that it long ago became.

Nearly ten percent of the Australian workforce is underemployed, nearly 1.2 million Australians are starving, working only between 1 to 10 hours per week. The jobless rate is presumed at around 5 percent but in fact of eligible working age Australians, only 75 percent are in some form of employment, including underemployment. Therefore, one in four of eligible working age Australians have no employment. That’s the real Australia that few are speaking about and that the media has not cottoned on with. It took the last half decade of relentless advocacy for the underemployed to be heard.

The silences, predominately as a result of censorship by omission, are sliding Australians into inequalities where the quality of life, harm and societal impacts will play out much more pronounced in coming decades.

The propaganda of the last quarter century of arguable economic growth will be exposed as the bedrock of the rustic economic destruction of Australia, and of greed economics that deregulated protections to what I term harm economics that by default of not being checked concomitantly incentivised the top percent of Australians with flow on effect for the top ten percent to appropriate a disproportionately unfair share of the nation’s disposable income per person.

Inequality is growing, and it is evident by its extremes, the super-rich and the ultra-poor.

In modernist terms, there are deeper income divides today than yesterday.

Australia quietly reports on a quintile (five groups, 20 percent quintiles of the national population) share of income and wealth share. What we need is for Australia to loudly report additionally on the quintile basis, on the number of suicides, unnatural deaths, hospital admissions and life expectancies. Harm economics will lead discourses.

Inequalities can only be addressed by income redistribution and reprioritisations of national budgets. Fairness means a substantial minimum living income for everyone and for fair and equalised income share.

There is what can be termed as missing wealth, that may amount to the equivalent total needs of the poorer 50 percent that if redistributed would significantly reduce the inequality divides.

A decade and a half ago I wrote, “The expertise they are being paid in the hundreds of thousands as government officials, as high-level bureaucrats, as ‘public’ institutional executives, including universities and hospitals, and the ridiculous millions to corporate executives, just isn’t there. We are paying for nothing. The expertise required to manage and govern is grossly exaggerated.”

“Pay people properly at all levels, and at the top pay them no more than what they they’re worth.”

“No executive deserves a million dollars.”

“All of a sudden they may start managing rather than worrying about their personal remuneration, payouts, profiles and how to hide their gross mismanagement.”