I am the mother the Australian Government would rather forget 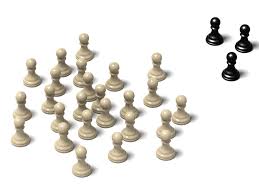 How do you follow a start to an article that says the following? From the Sydney Morning Herald comes this paragraph:

“I am the mother that the Australian government would rather forget.

My daughter Mia was killed in a stabbing attack almost a year ago in a backpacker hostel in far north Queensland, while she was completing her 88 days work in order to obtain a visa to stay in Australia. Since then, I have undertaken my own journey in Australia, not just to mourn my daughter but to find out why she died and what can be done to make young travellers like her safer.”

Those are the words of Rosie Ayliffe, mother of Mia. For those of you who have not heard of Rosie and Mia’s story this is it in a nutshell: (http://www.news.com.au/lifestyle/real-life/news-life/im-worrying-murdered-backpackers-facebook-message/news-story/1e4a38a5cdb5316e1d8d4aa6e019e5f6)

“JUST days before she was violently stabbed to death in far north Queensland, backpacker Mia Ayliffe-Chung reached out to her mother back home in England.

In a series of heartbreaking Facebook messages from one side of the world to the other, the 21-year-old made a childlike confession: “I’m so worrying.”

Ms Ayliffe-Chung, who had recently arrived at Shelley’s Hostel in remote Home Hill and taken a job at a sugarcane farm, admitted: “I don’t want to not get enough work.”

Like many other backpackers, she needed to find 88 days’ work on a farm to extend her visa and stay in Australia for a second year. The job was tough, consisting of eight-hour days picking up stones from between rows of crops to stop them interfering with machinery.

Tragically, the young woman from Derbyshire was to face much worse than a snake bite as she chased her dream of one day gaining Australian citizenship in the isolated farming region.

Just days after the conversation, at 11pm on 23 August, police allege Algerian-French backpacker Smail Ayad went on a murderous rampage at a Home Hill hostel, stabbing to death the young woman he had developed an obsessive crush upon.

Her friend and fellow British backpacker Tom Jackson stepped in to try to save her life, but was stabbed more than 20 times and died five days later in hospital.”

I spoke with Rosie this week. There were many times that I said to her “please don’t answer this question about Mia if you don’t feel comfortable dredging up all the issues and emotions you experienced on her passing”. Her response was “there is nothing more that I can feel hurt by what has happened. My daughter has died and the Australian government and Immigration department needs to take responsibility for this and other events.”

As a number of readers know, I am no fan of the Department of Immigration and Border Protection or their Minister, Peter Dutton. In Dutton’s defence, I have not been a fan of any of the last ten or so Immigration ministers and that transcends party lines.

Rosie is quick to point out that nothing she is able to achieve here will bring her daughter back or compensate her for her tragic loss. But she is driven by the desire to ensure that no one else is subjected to the depravity, suffering and ultimately death of a loved one that she has had to endure. And she is driven by the fact that she needs the department and the government of Australia to accept responsibility and make changes and institute protections and controls for this largely young and innocent group of visitors to our country.

Again in the words of Rosie “Maybe when she arrived to a hostel full of disaffected workers who had sat accumulating “debt” for three months, and she was immediately prioritised for work, it was because some farmer had caught sight of her and decided she would be a good candidate for the sex for sign off scheme that is allegedly rampant across the Burdekin.

I surmise, but I know I’ll never get answers so I may as well let go. Nothing will bring my beloved daughter, my one and only, back through that door. All I can do is hope that my efforts will bring other young men and women back through other parents’ doors, unscathed and full of stories of fun times and derring-do.” (http://www.smh.com.au/lifestyle/news-and-views/opinion/rosie-ayliffe-i-wont-be-ignored-in-my-battle-for-migrant-workers-like-mia-20170716-gxcf4u.html)

Rosie and Mia’s story has been featured in various media stories (Australian Story, SMH, ABC 720 Morning programme etc). The story is compelling and one that we need to take heed of. It goes to the very heart of the culture of the Australian department of Immigration and clearly also the Minister for Immigration.

In essence the story is one of exploitation by unscrupulous employers, aided by a department with no desire to assist vulnerable people coming to this country. (Ironically, the department of Immigration had as its by-line for many years the statement “People – Our business”).

The visa that a number of the backpackers come to Australia on provides for an extension to a second year conditional upon them finding 88 days of work in regional Australia. As the ABC news site explains it:

“The requirement to qualify for the second year of the working holiday visa is for 88 days of farm work, but the only days that count are the days actually worked.

As a result, backpackers are sometimes spending more than seven months (more than 210 days) in regional and rural Australia trying to find enough work to comply with the visa requirement.

Farmers too are dependent on working hostels who act as labour hire contractors or work with them to provide labour as needed.

Some hostels give backpackers a discount on their accommodation on days when they cannot get work.

Other operators are not so ethical. In fact, some middle men are making a fortune by overcharging for substandard accommodation and gouging back wages from the seasonal workforce.”

Rosie has established a website and Facebook page to get the stories of others in similar situations to her daughter, Mia. Both of those pages can be found by Googling the words “88 days and counting”

Again, going back to the Opinion piece written by Rosie in the SMH, she says “So where do I take all this, once the hurly burly of Australian Story is done? I feel just now as if everyone is listening, but really, what the political leaders and ministers I’ve reached out to want most is for me to go away; to quietly disappear from Australia and let them carry on with a system that delivers the goods – in terms of an agricultural workforce, cheap labour, and sex on demand in some fecund but otherwise quite dull areas.

Malcolm Turnbull did write to me, but I felt his attitude was very much one of, “I’ve given a wad to the Fair Work Ombudsman, what more could you possibly want?”

I replied to his letter at length, and have received no response from him, and no response to my request for a meeting with Peter Dutton or Steven Ciobo.

But right now I am not only the recipient of stories from migrant workers of all nationalities, but also of offers of help from so many quarters.

Currently I am a nexus, a conduit for information. And bewildering as that may be at present, I will find a way to harness the one in the service of the other.

I am sure there is an Australian solution to what has become an Australian problem. In the meantime I’ll battle on, because it is a way for me to make meaning out of a personal tragedy that could so easily have destroyed me.” (http://www.smh.com.au/lifestyle/news-and-views/opinion/rosie-ayliffe-i-wont-be-ignored-in-my-battle-for-migrant-workers-like-mia-20170716-gxcf4u.html)

There is nothing that you, I or Rosie can do to bring back her little girl. But, we, as a nation, owe Mia the humanity of ensuring that this NEVER happens again to someone else. We have much to be ashamed of in our Immigration system, such as:

–          The mistreatment and exploitation of backpackers

–          The treatment of people with disability in the visa process

–          The exploitation of students in the immigration system

These are just some of the ways in which the department has completely destroyed any credibility around its by-line of “People – Our Business”.

We must heed Rosie’s warnings and urge our Ministers to act to stop this inhumanity. There will be many more deaths in this space before we see any progress. However, the snail’s pace of progress must not be for lack of advocacy and urging on our part.

Leave a Reply to Philip Carman