“I am and always will be the optimist.” 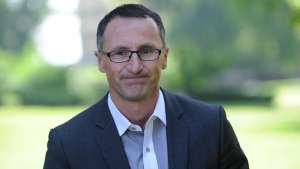 “The hoper of far-flung hopes and the dreamer of improbable dreams.” —Doctor Who, Season 6, Episode 6

“I stand here today as the product of that wonderful Australian experiment called multiculturalism.

My mother and her parents left San Marco, a small village in southern Italy, to board a ship for Australia in the late 1950s. They did not speak any English but they sailed off into the unknown armed with something far more important – the hope for a better life. My grandfather opened a grocery shop in Brunswick, took mum and her sisters out of school and put them to work in the shop.

Mum resented the long days. She dreaded the arrival of my grandfather’s truck because it would mean hours of unloading heavy bags of potatoes and stacking boxes of fruit. She was only twelve.

At the age of twenty-nine my father left Siracusa in Sicily to come to Australia. He learnt English while doing his electrical apprenticeship and was shocked by Australia’s strange timber framed houses – it was unimaginable to him that a home could be built from anything but concrete. Dad went on to spend the best years of his life on building sites, inside roof cavities and under floors, to provide the life for me that he once dreamt of for himself.

Their story is a universal one.  It is on their shoulders, and those of millions of families just like theirs, that this nation has been built. My family has contributed teachers, doctors, factory workers, lawyers, builders and now a Senator. I owe them a great debt. I owe this country a great debt.

Multiculturalism is one of this country’s enduring successes. Rather than dividing us, it compels us to be clear about those things that unite us as a community: respect for our democratic institutions, for universal human rights, and for equality of opportunity. The real value of multiculturalism is not just in being able to get a curry or lasagna, but also in the fact that relationships with people from different cultures offer important insights into our own. We expect newly arrived migrants to share our values but we also learn from theirs. Politicians often talk about the importance of family values and respect.  Nowhere is the role of family and respect for the wisdom of elders more evident than in the many new cultures that reach our shores, or the ancient one that predates them.”

What makes this speech even more remarkable are the passages following the one above. Those read as follows:

“ During my time working in Aboriginal health in the Northern Territory I came to appreciate that writing a script to help treat an Aboriginal man with chronic diabetes or travelling for hours just to dispense eye ointment, was not addressing the reasons that made people sick. I became friends with a young Aboriginal boy who developed kidney failure and became so unwell that he would lie on the grass breathless, while his mates would run amok kicking a footy. We helped him through the first weeks of his dialysis, which involved transferring several litres of fluid through a tube into his abdomen, four times a day, every day, just to stay alive. It was especially tough knowing that his illness, like those of so many other children in his community, was entirely preventable.

Some years later I took up a position with the Nossal Institute for Global Health. We set up a drug treatment program in India to prevent children as young as twelve from injecting heroin and other drugs, from sharing dirty needles, and from becoming infected with HIV. We worked with drug users, sex workers, health professionals and government officials in a pioneering treatment programme.

These were formative experiences that confirmed what I had long known.

First, if we are to make real progress in health, we need to address those factors that lie outside the health system. Our efforts as health professionals are futile unless we also improve people’s access to housing, education, clean air and water, secure employment, and participation in community life. The reality is that inequalities in health arise because of inequalities in society. Reducing health inequalities is a marker of our progress towards a fairer society. At its core, health is a social justice issue.

Secondly, prevention is critical. Giving someone medication for their diabetes is nowhere near as effective as good diet and regular exercise. During my time in the Territory I spent a season playing footy with the Tennant Creek Eagles, a local Aboriginal team, where young, barefoot, aboriginal men would dazzle the crowd with their sublime skills on the dusty oval. I probably achieved as much for the health of the local community through my involvement with the football club, as I did through my work in the medical clinic.

Finally, it is important that our health system implements interventions that are based on the best international evidence. Our program in India saved lives. Regardless of whether it is medication for heart failure or treatment for substance dependence, evidence based care can make a real difference.

It wasn’t long before I came to understand that whether the issue was providing decent housing for aboriginal people, increasing our overseas aid budget to fund more international health work, or stopping junk food advertising that targets young kids, political action is essential. If I wanted to make a lasting, positive impact on people’s lives the time had come to take off my stethoscope, roll up my sleeves and take action”

Here is a person who ticks some very important boxes. He has a strong commitment to Multiculturalism and to health and in particular Aboriginal Health. He is a Medical Doctor who supports the use of medical Cannabis. (Disclosure: I am the CEO of the Epilepsy Association of WA. There has been a very strong and enduring campaign by a number of people in Australia to legalise the use of Marijuana for the managing of epilepsy). As the politician puts it:

“There is already overwhelming evidence for the efficacy of medicinal cannabis for conditions such as intractable nausea and muscle spasms. The regulator would facilitate trials for those conditions where there is emerging evidence but more work may be needed.”

Add to this the fact that this politician played AFL football for Coburg and Oakleigh Football Clubs in the Victorian Football Association. The fact that he supports the Richmond Football club may alienate him from some however!

This politician is Dr Richard Di Natale, yesterday elected as the new leader of the Australian Greens. Further details of Dr Di Natale are from Wikipedia (http://en.wikipedia.org/wiki/Richard_Di_Natale#Personal_life):

I met Dr Di Natale a few months ago when I was representing the National Ethnic Disability Alliance in a meeting with him regarding disability issues. I found him to be a very knowledgeable, articulate and passionate person. His commitment was to the people he represented and with his wealth of qualifications, experience and knowledge I can see a very productive career as the Greens leader. However, I would think that his election to that position is dire news to Bill Shorten and the Labor party. The disenfranchised Labor voter who has waited patiently for some evidence of leadership on difficult issues from Mr Shorten will likely transfer their allegiances. Dr Di Natale has indicated that he is aiming for the Greens to have a primary vote of 20%. My sense would be that much of this will come from the current Labor vote.