How plundering of our oceans is destroying fish stocks

“Under the euphemism of fishing, in pursuit of seafood, we are exterminating animals from the oceans: wiping out the larger predators, altering food webs and destroying habitats at a staggering rate and on a confounding scale, in an epic slaughter of life beneath the waves. The truth taints the palate. Starting in the fresh waters, in rivers and lakes, spreading to the coastal shallows and now rampant in the high and deep seas, we have stalked the stocks to the point of catastrophe. It is a darkly grand story of the reduction of our collective inheritance, and one little apprehended under the glaring lights of the fish-market floor”.

David Ritter, CEO Greenpeace Australia.
The evidence is shocking. Another great extinction is under way under the sea.  Without urgent measures we may be the last generation to catch food from the oceans. 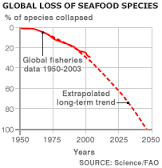 The demand of global capitalism for ever increasing profit is exterminating marine life across the globe.  We are destroying entire species of marine life in the pursuit of corporate profit, commercial gain and escalating consumer demand for seafood.

The CEO of Greenpeace Australia, WA born David Ritter has written that the killing of animals and plants is a consequence of the functioning and distribution of power:

Species loss is caused by the harmful actions of powerful actors, private interests that are facilitated by governments failing to act for the common good. At present, our political systems are deficient in preserving the variety of life around us. 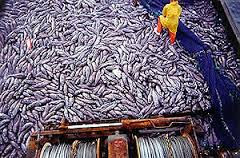 A study by the World Wide Fund for Nature and Zoological Society of London has found that half the world’s marine mammals, birds, reptiles and fish have been lost in a generation. Since 1970 global populations of marine species have plummeted 50%.

A report in Science Magazine claims that world fish stocks may run out by 2048.

Species essential to commercial fishing and global food supply have suffered the greatest declines. Population of tuna, mackerel and bonitos have dropped 75%. Shark finning and industrial fishing are decimating shark and ray populations with 1 in 4 species threatened by extinction. Orange roughy or sea perch is in severe decline.  Marine vertebrate populations have declined by 49% with some stocks declining by 75% 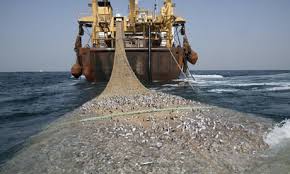 Sea cucumber populations have fallen by 94-98%.

A particular concern is the loss of predatory species including grouper, tuna and billfish and shark and ray species to be threatened with extinction. Predators keep prey populations in balance, and the loss of predators can cause trophic (nutritional) cascades through food webs that affect entire ocean ecosystems.

85% of global fish stocks are overexploited by a commercial (corporate) fishing industry characterised by myopic profit exploitation, a rush to exploit escalating consumer demand for seafood and a brutal approach to the exploitation of fish and marine stocks.

The commercial fishing industry is dominated by global transnational corporations. Many conceal their promiscuous profit taking and exploitation of fish stocks under the cover of sustainable fishing. 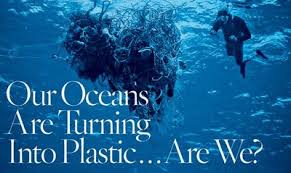 “The world’s fishing fleet is two and a half times larger than the oceans can sustainably support. Yet, more than a third of the global fishing industry’s revenues come from subsidies, which are currently estimated at around US$34 billion a year. We are funding the fishing industry to systematically destroy our shared inheritance.”

But the threat to marine life comes not just from overfishing and industrial and illegal fishing, but other by-products of predatory and exploitative capitalism.

Other factors include industrial pollution, overdevelopment of marine habitat, plastic contamination (12 million tonnes of plastic enter the oceans each year) and climate change resulting from burning of fossil fuels (which accelerate acidification of oceans and destroy coral reefs which sustain fisheries stocks) are all to blame.

Marine turtles are on the brink of extinction. The grazing habits of sea turtles help maintain sea grass beds. More than half of the world’s marine turtles carry a burden of plastic debris. The risk to turtles is greatest off the east coast of Australia, North America and Africa. A study by the CSIRO found that more than 60% of seabird species have ingested plastic.

The world’s coral reefs, which support 25% of marine species, could be wiped out as ocean temperatures continue to rise at current rates.

Louise Heaps, Chief Advisor on Marine Policy at WWF describes the situation as catastrophic, as humans destroy vital food sources and the ecology of the oceans.