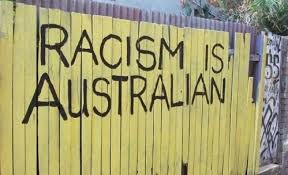 Once again, do we have to wait for a United Nations Commissioner to shine the light on inequalities so as to bring Australia’s media, institutions and the majority of Australians up to speed on the horrific high rates of child removals, jailing and suicide rates? How long does the narrative of human misery and suffering have to get before Australia’s chattering classes, political parties, media chiefdoms and many human rights organisations begin to package these tragic issues with unrelenting focus, as issues that need to be chased down with sustained coverage?

It is the same old deal – it has to get catastrophic before we begin to shed any light, before a beacon of hope.

I never forget that I spent eight months on the campaign to raise awareness of and to release from Australian adult prisons Indonesian children before any political party would touch it. I never forget what a Senator’s staffer said to me about it not being the ‘right time’, that the public were not ready to help Indonesia’s children; But who were languishing in our adult prisons. Far too many in high places did not care enough. Another Senator said to me ‘it is too political’. I should have understood that politics, like profits, comes before people.

I never forget what the producer of one of Australia’s major ‘news’ programs said to me. She said that we needed to package the campaign as a ‘sexy’ story in order to get it broadcast. ‘Sexy’? I often despair.

However we battled through this and within two years we had the children released.

Their responses to me about these impoverished children languishing in our prisons and effectively suggesting that they did not care about them underwrites why Australians have spent the last three decades watching Aboriginal and/or Torres Strait Islander suicide rates increase year after year till regions like the Kimberley and Far North Queensland and Aboriginal youth suicide tragically surpassed the world’s highest rates. Similarly with jailing rates we have spent twenty five years watching them increase – each year, watching the effective en masse incarceration of Aboriginal and/or Torres Strait Islanders. We have sat idly by while Western Australia has degenerated to the world’s mother of all jailers – with one in 13 of all its Aboriginal adult males in prison today – from a racialised lens the highest jailing rate in the world. We sat idly by while Australia jailed Aboriginal youth at the world’s highest rate. For decades we  have sat idly by as tens of thousands of First Peoples have lived in third-world-akin shanty towns, and we continue to sit by and watch this effectively without too much of a shout about it. If enough of us cared enough everything would be different. We have sat idly by for decades as the number of children removed from their families reached rates higher than in any year during the Stolen Generations. In NSW, one in ten of Aboriginal and/or Torres Strait Islander children have been removed from their families.

Are the majority of Australians racists or are they uncaring?

We cannot argue ignorance because at least the chattering classes, the political parties, the media chiefs, government instruments, know too well the narrative of misery and suffering, know all too well the statistical narratives.

So what is it?

It is both racism and uncaring. If we have to wait till lives are taken at catastrophic rates, that we have to see people continually hit rock bottom before we respond even with a mention therefore substantively something is really wrong.

Everyday we wait more lives are destroyed, more lives are lost. For the lives lost their narrative is done and there will never be justice, never be equality, never have been comfort in their days while under this sun on this earth. For them their fellow human beings have betrayed them to the end of days.

We were not put on this earth to betray one another, but we do.

There is no greater legacy we can own than the one where we improve the lot of others to the point we save lives.

We cannot lump the expectation for meaningful change in Aboriginal and/or Torres Strait Islander affairs on the belief that the rise of Black faces and Black voices in the highest offices and cauldrons of mainstream Australia may make a difference. I have written regularly about this hopelessly unrealistic expectation. We will never secure equality from this end. The system has to be a level playing field in order that society as a whole can be dished out equality otherwise it is just a scrimmage for ones place in the seemingly neo-liberal human project that is reserved for the relative few. This meritocratic project is owned by neo-fascists, by sheer greed and consequent exploitative controls. If the system is not a level playing field then it is about the haves verse the have nots, not about any common good. Not everyone can get on the playing field to scrimmage for a bit of the greed. The have mores leave only the scraps for those aspiring to be haves, not enough to go around – it is vicious. The only difference today to say one hundred years ago is that some Blacks and Browns and migrant Australians can give it a shot to get on the playing field but the classist rules of yesteryear rule just as feverishly today.

Our parliaments, institutions, media chiefs, even the chattering classes, are not about equality per se – there is no equality when we do not consider everyone. This is why all the issues raised in this article barely rate a mention and when they do they are chattered away, sidelined.

A lot of damage has been smashed into the consciousness of this nation by nearly two centuries of neo-fascist like rule, of oppressive militant greed for everything this continent could give up to the most powerful individuals. Orchestrated propaganda has stereotyped people, racialised people, siphoned the love.

Philosopher, Dr Cornel West has been touring Australia. We agree on many things.

“The rule of law is still deeply racist.”

“But of course we know how classist it is. Look at Wall Street, all the crimes on Wall Street, market manipulation, insider trading, not one Wall Street executive of high order has gone to jail. They still dominate the government up to this day.”

I have often written that Australia’s obvious bent for assimilation is not exclusively intended to smash Aboriginality, not just about delivering homogeny but that in fact assimilation is one of the most powerful tools for exploitation. It is being used right now by the Western Australian government to push First Peoples off their Homelands – they are pretending that assimilating them off-Country is the agenda when in fact all they want is get them off-Country and to grab and pillage their lands. They will do next-to-nothing for them once off-Country. One Western Australian government after another has not done anything for the marginalised who live third-world-akin experiences in shanties on the outskirts of major regional towns. This says it all.

But those who mix it in the cauldron of neo-liberalism with the neo-fascist marauders, certainly do not last. The Australian Senate is a restroom of lobbyists, powerbrokers and influence peddlers. It is more important for the neo-fascists to get through parliaments the Trans Pacific Partnership rort than to prioritise the suicides, the jailing rates, the child removals, the third-world poverty. It is folly to presume that the Blacks who make it into parliament or into the high offices of mainstream institutions will be meaningfully different to Whites, or to those of non-White heritage. Hope for meaningful change needs people to be who they should be 24/7 and not just part of the time.

This is why those outside the political cauldron must somehow secure public voice.

Later this year, the United Nations will review Australia’s human rights record. If they are to rely on their information from our governments and from government instruments then we are screwed, again.

In the last five years, Victoria has doubled the rate of child removals from Aboriginal and/or Torres Strait Islander families. Western Australia has the highest rate of Aboriginal and/or Torres Strait Islander children removed from their families. Western Australia boasts every disgusting record in the nation against its First Peoples – the highest child removal rates, the highest youth jailing rates, the highest adult jailing rates, the highest suicide rates. This is what I mean about voices – as soon as Black voices get into parliaments – despite some trying – they are stifled, compromised and some like the White and non-White voices were never about the meaningful change we cry out for.

Western Australia is a perfect example of what Dr West describes as the political classes and the rule of law bent by those who are indeed bent by the preoccupation for exploitation – greed.

Forced to dance to the White Man’s song – Australia, steeped in racism | The Stringer

Australia has no left & right dichotomy, just the haves, and have nots | The Stringer