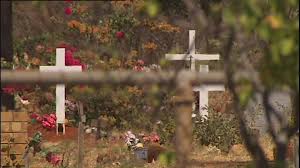 Suicides are rampant among the 150,000 poorest Aboriginal peoples but many are concerned that next to nothing will be done to address this contemporary predicament. Community leaders are saying that thirty years ago Aboriginal peoples did not endure the rates of suicide they do today. Many remote communities have been neglected by Govenrnments to the point that there is nothing there but people and aimlessness.

In Western Australia, rests the sleepy dusty remote Kimberley town of Mowanjum, but which has endured spates of suicides that are world-record high. One of Mowanjum’s community leaders Gary Umbagai said that the Elders do what they can to guide the young but without opportunity and equity in the town, without Governments investing the equivalent infrastructure and hopes that non-Aboriginal towns enjoy, he worries that his town’s youth will continue to face stark challenges and dark tumult

Mr Umbagai said that in aimless environments that especially the young recourse to what are often destructive escapes but which are highly destructive.

“We have a big problem with alcohol in the community. There are a lot of mental problems. We have they see the ambulance come around and the police. They got a person hanging from a tree and these little kids 8 or 9 years old see this and they think it is normal. If I had a magic wand I would make everything right in our community, educate our kids about our culture, about their health. We need to get our people back out to our country that’s it for my magic wand,”  said M Umbagai.

Mr Umbagai beleives that suicide has been normalised in his community of just 300 people. He said that suicide had been unknown in Traditional Aboriginal culture and that in his language that there is no word in language for suicide. Mr Umbagai said the path to the erosion of identity, self-esteem and the path to aimlessness began began as a direct result of the moving of communities from their Traditional homelands on outstations as part of the colonisation process and then into townships removed from Traditional lands altogether after pastoralists in the 1950s and 1960s could no longer merely ‘pay’ flour, tea, sugar, pittance as wages to their Aboriginal workers. He said that since these times Governments have continued to fail to deliver infrastructure equity to the townships created in the middle of nowhere for Aboriginal peoples to languish in far removed from their Traditional Country.

Mr Umbagai said that it had become commonplace for the relatives of victims of suicides to cut down the tree from which they hanged themselves, which included Gary’s brother Radki.

Mowanjum became notorious for a horrific spate of youth suicides only a little over a year ago. In that period there had been 25 suicides, 21 in and around Derby and Mowanjum. This is  more than the Australian Defence Forces fatalities in Afghanistan during the same period. Mowanjum and Derby are typical of many remote communities where many children are not in school. Mr Umbagai said what they see around them is dejection and despair; joblessness and aimlessness among their young adults gives them little incentive to believe in a school education. What they see depicted on television about the affluent communities and cities around Australia is not what they see in their communities.

Mr Umbagai is not holding out hope that Governments will step in at long last and address all the underlying issues, he said nothing thus far, either said or done by Government, would indicate any such likelihood.

Last year a Northern Territory Select Committee on Youth Suicides tabled its report into youth suicide and found the obvious; that there are significantly higher rates of Aboriginal suicides when compared to the national average. The report highlighted the underlying causes to Aboriginal youth suicide as mental illness, substance abuses and sexual abuse trauma but failed to highlight acute poverty and a suite of rights denied to this day to Aboriginal peoples in many of these troubled communities – What is missing in many of these communities are the pathways and access to opportunities and to the benefits of education and hard work which the rest of Australia does have access to. These communities continue to be neglected by State and Federal Government jurisdictions and their agencies – services and layers of community infrastructure have not been grafted into these communities and instead they are dilapidated third-world environments.