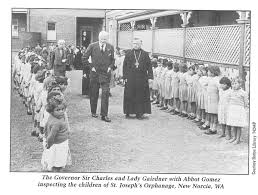 Last Friday marked seven years since the Prime Ministerial Apology to the Stolen Generations – 1903 to 1970 – but child removals, the tearing apart and decimation of families, are today worse than ever. Last Friday, the Grandmothers Against Removals came together from all over the nation to march from Aboriginal Tent Embassy to Federal Parliament where they were met by a militia-like police cordon.

Grandmother Hazel Collins who one year ago from her hometown of Gunnedah set up the Grandmothers Against Removals group, said, “More than 15,000 of our children in the last year alone have been taken from us. This is worse than ever before. No-one else is standing up in the ways that matter to bring this all to a head so it stops, so we are. We will continue to do what we do and have this cruelty to our people come to an end.”

Senator Rachel Siewert said, “The power of the Grandmothers has brought the issues to the fore, highlighting more so to many more the plight that too many face.”

Not long ago, Senator Siewert tabled a motion for an inquiry into the forcible removals of children into ‘out-of-home-care’. Thanks to Senator Siewert, the Senate Inquiry is now underway.

Speeches were made, all of them filled with anguish and hurt and frustration and fears. But no wonder. Australia’s removing of Aboriginal and Torres Strait Islander children from their families has reached catastrophic proportions. From a racialised lens they are being removed at the world’s highest rates. From this racialised lens, regionally, NSW has the world’s highest child removal rate in the world. But it’s bad all over the nation, and overall with Australia having the highest child removal rate of Aboriginal children worldwide.

Western Australia’s Vanessa Culbong said, “We want our babies back. They take them from us at every chance, from the hospitals at birth, from our homes, while we are playing with them in the parks.”

Walpiri Elder, Audrey Martin, who spoke in language, said that it took more than two years to find a lawyer who could help her reclaim her two grandchildren. Ms Martin was an actor in Rabbit Proof Fence but soon after bringing attention to the world of what is happening in Australia then herself endured this personal nightmare.

“They said I smoked and that I drank. They said the children were not going to school. They said they were neglected, they said many things. But these things were not true. But we had no one to turn to. It took a long time to find a lawyer.”

Ms Martin said by the time the children were won back through the courts much damage had been done. They were losing their first language, their cultural identity and their self-esteem.

Jumbunna House senior researcher, Paddy Gibson who has dedicated himself to supporting the Grandmothers and to raising awareness of the horrific child removal rates has advocated for many families.

“Audrey’s predicament was a classic case of the persecution that goes on. The same old classic assumptions were made of her family, the same old racist judgments because she is Aboriginal,” said Mr Gibson.

“She was accused in the child protection application that Audrey was a drinker, she was assumed as a drinker when in fact she has never drunk in her life.”

“The children were accused of having chronic school attendance problems but when we got hold of their school attendance records, their attendance was actually perfect, right up there with the best of the kids in any class,” said Mr Gibson.

“To compound matters further, unfortunately the state of legal services in her community are that the legal services are so stretched that they told her that could not represent her for whatever reason.”

“There are two components in child removals, that racist assumptions are made, and where cultural practices and ways of living are being counted against them. Also there are poverty related issues where instead of assisting families Governments have come in with an assimilation agenda of punitive measures to punish the families out of existence.”

“We have met with Nigel Scullion, Minister for Indigenous Affairs and he has promised he will help us. We will hold him to these promises and need to see immediate action in this regard.”

“Last year, 200 kids were taken out of a school in Africa by Boko Haram and the world was horrified. In the last year, 15,000 of our children have been taken, tens of thousands since Rudd made the Apology and nothing has been said or done. We don’t hear boo from anyone. This is state-sponsored terrorism.”

“All their crimes are crimes against humanity. They are committing these crimes against us. It is genocide all over again in stealing our children. Sorry means nothing. I say, ‘fuck sorry’.”

Mr Rudd was at a breakfast to mark the seven year celebration of the Apology but he stated that the never-before-seen removal numbers need “more to be done”. He said that the crisis is translating to “an Indigenous incarceration epidemic.”

Many Grandmothers and child protection whistleblowers such as Deborah Swan gave accounts of removals that were searingly tragic, moving the crowd to tears. The crowd heard from Brisbane’s Karen Fusi who is contemplating moving her grandchildren overseas. Ms Fusi’s daughter took her life after her baby was forcibly taken from her. Ms Fusi won her grandchildren back but the cruelties are there to haunt her lifelong.

How is it possible one of the world’s wealthiest nations destroys families ever so easily? Listening to the Grandmothers and the many accounts I have heard over a long time, listening to the dogged Mr Gibson, I have come to tears again and again. To the Grandmothers, there can only be the utmost respect for them, for they have highlighted in a way what few others have. All power to them and may their children be returned, NOW.

Leave a Reply to Victoria Grieves