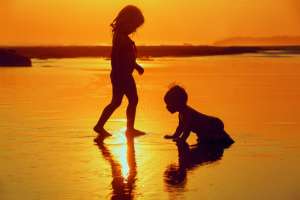 One in 9 of Perth’s Aboriginal children are in the care of the state, removed by child protection authorities but an unfunded advocacy service is leading the way with a thus far 100 per cent track record of keeping children with their families. Since February, the Perth-based First Nations Homelessness Project and Advocacy Service has sustained a 100 per cent track record in resolving issues between child protection authorities and families.

Jennifer Kaeshagen said that “the vulnerable need assistance instead of judgment.”

Kaeshagen said that child protection authorities will best serve vulnerable and struggling families when they shift their huge budget from ‘monitoring families’ instead to assisting them practically and psychosocially as does the FNHPAS.

Since February, the FNHPAS has also maintained a 100 per cent track record in preventing the eviction of families from public and private housing rentals by assisting them to address issues raised by the Department of Housing and landlords.

The budget for the 2015-16 year for Western Australia’s Department of Child Protection was $644 million.

Western Australia has one of the nation’s highest social housing eviction rates, dumping large families into homelessness. Australia has more than 18,000 children aged 12 years and less homeless, on the streets.

The FNHPAS has assisted more than 500 vulnerable individuals, the majority self-referrals. Increasingly, Department of Child Protection area managers who do not want to remove children from their families and Department of Housing area managers who do not want to evict in particular large families, and other service providers contracted for instance by the Department of Child Protection, are turning to FNHPAS to prevent the removals and evictions, to assist the vulnerable.

The FNHPAS has a volunteer base of more than 700 Perth residents who render various services and support to families. FNHPAS has a psychosocial support team, also volunteers, of counsellors, social workers, advocates and a psychologist. As word spreads of the achievements of the FNHPAS they have been called upon to assist in Kalgoorlie and Geraldton. Interest has been expressed throughout the nation for others to follow the FNHPAS model.

The rates of child removals in Australia are the highest they have ever been. The rate of removal of children who are Aboriginal and Torres Strait Islander are likely the highest in the world.

According to researcher Gerry Georgatos individuals who as young children were removed from their families are the most elevated risk group to suicide. Georgatos states that evictees are also at elevated risk of suicide and incarceration.

Nearly half the prison population were homeless prior to their arrest.

Declaration – Kaeshagen is the volunteer editor of The Stringer and Georgatos is a prolific contributor to The Stringer.