Government deal on its way to extinguish native title 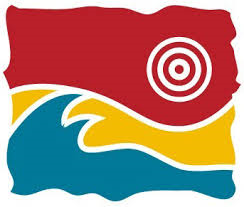 The South West Aboriginal Land and Sea Council’s (SWALSC) negotiated ‘compensation’ package with the Western Australian Government is now one third of the way to being sealed. Two authorisation meetings have come up trumps for the SWALSC, who are in favour of the deal.

SWALSC CEO, Glen Kelly has long argued that it is the only real hope for his peoples.

More than half the package are in-kind arrangements for parks and conservation joint management and some job creation within conservation. The State Government wants to put an end to litigation and long-running disputes over vast areas by claim groups. Extinguishing native title rights may achieve this but Noongar dissenters are now working with lawyers to challenge this.

In the meantime, the SWALSC brokered Government package looks like getting up though some Noongars who oppose the proposal believe that at least one of the regional authorisation meetings will vote down the offer. But we understand, where in the beginning it was said that the deal needed a ‘yes’ vote at each of the six regional meetings this no longer is the case.

SWALSC CEO, Glen Kelly said that at the second of the authorisation meetings last weekend, 65 per cent of the vote was in favour of the deal.

“There were a couple hundred people there on this occasion,” said Mr Kelly.

That vote held in Busselton accounted for the South West Boojarah native title claim group. It is now thematic that of the thousands that are eligible to vote only hundreds at most turn out.

Mr Kelly said that this weekend the third authorisation meeting will be held in Katanning for the Wagyl Kaip claim group.

“We expect that to be bigger again,” said Mr Kelly.

Some Noongar dissenters arrived in Busselton but were not allowed into the meeting.

“This is actually in line with Noongar culture and custom. You cannot speak for other peoples’ Country,” explained Mr Kelly.

Ngalla Maya Aboriginal Corporation post prison release employment director, Mervyn Eades said, “The vote affects all our people and many of our people do not know what is going on.”

Mr Eades said that the third authorisation meeting of the Wagyl Kaip claim group in Katanning is the one most likely to knock up a ‘no’ vote.

Mr Kelly said, “We have our work cut out and it is about people expressing their free will so we respect that.”

“We’re lining up these claims because there are massive, massive benefits in this agreement that will flow to people.” said Mr Kelly.

Mr Kelly has regularly criticised native title. He said that it was watered down by the end of the Keating Government, bastardised under the Howard and has been a debacle ever since. Mr Kelly argues that the alternative to the Government’s offer is for individual native title groups to return to litigation. Years would pass and the narrative of premature death and impoverishment would continue without any significant redress.

“But these are our lands, and within rest our lore and spirit and we’re signing the lands away,” said Mr Eades.

“The landscape is changing, it could have been easier in the future to negotiate our rights as peoples than it is now, but it could be that we are now giving our children’s rights away.”

Mr Kelly has argued that connection to Country and the sense of self-determination can never be taken away.

The deal will produce a $600 million cash component time limited to 12 years. Each year $50 million will be meted out to the six regional authorities to be set up and work with the State Government in the interests of their people. There is some talk of land transfers but there is no certainty and no guarantee of perpetuity around these.

If the deal goes through hopefully the lives of far too many who are marginalised can be improved and new opportunities born. However there will always be ongoing dissent. Bibbelmun cultural researcher Toogarr Morrison said that clan lines have been drawn by ‘White’ researchers which in turn have messed up connection to Country. Mr Morrison said his peoples should not be called Noongars – a word he said means ‘male’ but that they are all Bibbelmun peoples to whom there are 23 clans and not the 13 clans mapped by mid-20th anthropologist, Norman Tindale.