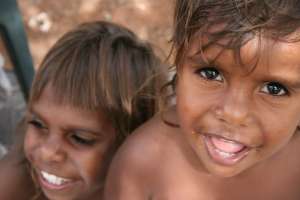 On the morning of April 16, after a 21 day vigil I left my father’s death bed for several hours  to meet with the Federal Minister for Indigenous Affairs, Nigel Scullion at the Commonwealth Offices in Sydney. Our meeting was about the suicides crises sweeping through many First Nations communities nationwide, and the ways forward. My father had urged me to have the meeting sooner rather than later despite the risk that I would not be by his side during his last breaths.

I am a researcher into premature and unnatural deaths and suicides. Because of the extensiveness of the crises, which is getting worse not just year by year but month by month, because of misspending by Governments on one failed policy after another in addition to the general malaise of longstanding Government neglect, I have spent the last year writing and speaking about the issue for The National Indigenous Times, The National Indigenous Radio Service and The Stringer. After more than 80 articles, complementing a year-long campaign for an adequate Government response, I felt that we may be getting somewhere.

At the meeting with Minister Scullion, he committed to the retention of the current levels of funding for suicide prevention care for First Peoples plus other funding for programs to address the myriad issues in the spectral range that may lead to suicides. Many had feared the funding would be cut in what had been argued would be a slash and burn Federal Budget. I left the meeting with the commitment to the funding levels but also with some hope that we may finally also test ways forwards that so far have been set aside by all Governments to date for failed assimilationist polices and the racism of sheer neglect.

During the last three decades, I have visited more remote communities than the average Australian, and I can say that much has got worse, myriad social ills – with the end result, a dark tumult of hopelessness, for far too many culminating in various self-harm and in suicides. The suicides crises should be front and centre of any national agenda. That the suicides crises has not been front and centre of the Government’s national agenda means that our nation’s moral compass is broken.

Suicides are nearly always the culmination of a sense of hopelessness and eventual loss of resilience in enduring unbearable conditions or from the result of intolerable failure(s) whether these failures are associated to low or high expectations. Suicide takes more lives of Australian teenagers aged 14 to 18 years than does any disease. Suicide has to do with the psychosocial identity – in a nutshell, to do with empowerment verse disempowerment.

The journey to suicide is a psychosocial one – the eroding of identity or the stalling of its development; for First Peoples that can mean their historical and contemporary identities are both eroded and manufactured as a liability – and knowing this, living this, can lead directly to suicide. The suicides crisis is rising year by year and the median age getting younger each year.

Social and economic development must arise in the dustbowl communities, in the shanty towns, which are the horrible work of Governments rushing people off Country, or which because of the outrageous neglect by Governments lack equivalency of social wealth to the rest of Australia’s communities. But this social and economic development will at best only somewhat reduce the suicides crisis and the whole spectrum of issues that culminate in self-destruction, displaced anger, disassociated behaviours, self-harms and suicides, but it will not abate the crisis. We have two distinct cultures in this nation – Western-based cultures and First Peoples cultures, and they do confront each other, especially in the remote but also in urban centres, and they do clash. To reject this premise will translate in more failed policies or the setting up of more failure and of wasted expenditure. Failure adds up and there reaches a point where it becomes systemic, ruination and despair, genocidal.

Far too many commentators, far too many politicians have been pushing the line that the suicides crises afflicting First Peoples communities are extremely complex and that the solutions are not easily identifiable, but ironically they then try to push on us simplistic solutions – they say we need to get people into education and jobs. Indeed it is somewhat the opposite, the causes are obvious and the solutions are a little more complex than ‘education and jobs’.

Far too many families are scourged by loved ones who experience suicidal ideation. The management of ones place within society is critical, and we must be solid in our thinking so as to do everything possible to allow them to navigate their way through society and to their right to empowerment. The majority of First Peoples have taken generational hits to their identity and therefore into the engine room that is self-esteem. These hits have crippled far too many, and these hits distinguish First Peoples from the rest of the Australian population – First Peoples have experiences that non-First Peoples cannot fathom. For many First Peoples their identity is often a liability, historically, culturally and contemporarily. To compound this layered trauma is the fact that a fifth of all First Peoples live in third-world-akin conditions. And far too many are now broken by the crushed hopes they once pegged everything on. There was a huge investiture of faith in the freedom struggles of the 60s, 70s, 80s, in the land rights struggle, in the Black Power movement, in the striving for Treaty, in native title expectations – but for all the good that has come for many there are also far too many who have had their hopes dashed, their expectations betrayed.

In remote communities, where there is a disproportionate spike in the spates of suicides, particularly youth suicides, impoverishment quantifiably makes difficult the satisfactory navigation of ones identity through society. Children and youth in communities such as Beagle Bay, One Mile Community, Kennedy Hill, Mowanjum, Balgo for example watch their parents and the majority of their community languish in impoverishment. It gets worse for them – salt poured into the wounds – when they watch their families patronised by the sporadic visits of outsiders, by non-Aboriginal bureaucrats, by the affluent locals who come into the communities for a limited exchange of food, song, dance and ‘reconciliation’ events. Then they go, but their parents and community continue on in impoverishment and in hopelessness. These confrontational experiences wrought negative psychosocial effects on the children, driving in messages of inescapable inequality.

I have met a great many community leaders in my travels, and interviewed many of these leaders. The themes are the same, and the impacts are the same – suffering. Assimilation is only well and good for those who want it but wholesale assimilation is indeed a crime against humanity. Assimilation is no longer a silent killer – we see day in day out the tragedy and extensiveness of the suicides crises. Humanity works best by carrying all people, and by unfolding through an engagement of one another, and certainly never by a majority trying to outmuscle a minority. Humanity must unfold ways forward, and exert endless patience, and never bully others. Assimilation demands the extinguishment of a cultural normative. The humiliation that those children feel in the communities I named offends the psyche and permits anger to arise; this anger can run amok.

The assumption that the creation of jobs and the bent to ‘educate’ everyone will somehow make ‘the’ difference is wishful thinking. It will not work, it will make some difference but it will not reduce significantly the suicides crises. To presume that jobs and education are the means to the end demonstrates not necessarily the bent for assimilation but most certainly the dismissiveness of the historical, cultural and contemporary identities of First Peoples, especially those peoples remote living.

The decisions we make in reference to the suicides crises, they are not to be deliberated lightly, because they are life and death decisions.

With the right policies, with the right people engaging with the various sectors and with the full-on engagement of seasoned coalface workers and the communities themselves, the suicides crises can end – the loss of life can be significantly reduced within one or two years. Government officials and experts who say this is not possible do not understand the issues and should get out of the way.

There should be a small team advising Government, yes in sync with all the jurisdictional bodies and commissions, but at all times this body should be responsible for identifying the psychosocial and cultural and on-Country programs that work or will work, and ensure that they are supported. These same people should get to as many at-risk communities as possible and assist where allowed with bringing together community, with the groundwork, in bringing the people and services together. To dismiss the coalface workers and the communities is to dice with the prospect of more loss of life.

There is no greater legacy that any Government can have than to save lives, than to end this crisis, because if they don’t they’ll be no better than their predecessors who got it all wrong, and look where we are today because of the obsession to assimilate – facing more and more loss of life and more multiple traumas and immeasurable grief for families and communities.

Life and death should not be at the discretion of Governments. Life and death should not depend on who is in Government. There are basic tenets that we should depend on, that people and society come before all else. I left my father’s death bed to meet with the Government, and I will meet with the Government anytime, with anyone, even the devil itself, if it means we can move forward and save lives as young as six and seven years old, the lives of children, of youth, of young fathers and mothers, of anyone. My father passed away 48 hours later on Easter Friday, an experience that has devastated me. The loss of someone’s child, someone’s sibling, someone’s parent, someone’s spouse shatters families – I hope that any right-thinking Government will choose the ways forward. We can settle for nothing less and on the suicides crises to settle for less than what I am arguing for is a crime against humanity.