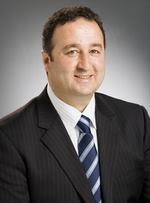 The first ever First Peoples only dedicated human rights and social justice awards are being launched end of June at NSW State Parliament. The national awards are the brainchild of NSW parliamentarian Shaoquett Moselmane. The awards will be welcomed in on the night by long-time activist and current Deputy Leader of the NSW Labor Party, Linda Burney. According to Mr Moselmane, “there is no greater rights struggle on this continent than that of the Aboriginal struggle.”

“The awards pay tribute to our Aboriginal and Torres Strait Islanders who have made significant contributions to the advancement of human rights and social justice.”

There are several categories, with two of the major awards named after the Yolgnu teacher and musician, the late Dr Yunupingu and the formidable land rights campaigner, the late Eddie Mabo. Another important award, for courage, is in honour of boxer, Anthony Mundine.

Yalmay Yunupingu and Gail Mabo will deliver the keynote speeches on the night of the inaugural awards, June 24.

“He began much for our people and his legacy lives on. We are proud to have him and his work honoured once again. His work towards Treaty must be carried through by others.”

Ms Mabo said that her father’s legacy “broke new ground, touched everyone, made a difference for all our people.”

“This award in our father’s name is a tribute to his tireless efforts for justice, for land rights.”

Mr Moselmane said that the Australian demography and this continent’s history “demands that there should be such exclusive awards to the oldest ongoing cultures, and for the struggles they nobly battled these last two centuries and which continue.”

“Witnessing the work of dedicated people who are committed to improving access to justice for socially and economically disadvantaged people is an uplifting and all-exhilarating experience. One cannot but feel inspired by what they do. I believe that a new initiative, namely, the National Indigenous Human Rights Awards, needed to be established to recognise the people who give their best for the sake of everyone.”

“The awards will aim to pay tribute to Aboriginal and/or Torres Strait Islander persons who have made significant and meaningful contributions to the advancement of human rights and social justice for Aboriginal and Torres Strait Islander peoples and who bring people together. The awards will both recognise those who give and those who fall through the net whom we fail to recognise and encourage,” said Mr Moselmane.

“The awards will recognise the vital roles of human rights practitioners and social justice advocates.”

“The annual awards will present an opportunity to highlight the work of individuals and communities as well as community organisations, or perhaps corporations, which work towards a harmonious, equitable and fair Australia and are taking steps to remedy inequities. Australia is a nation that is rich in its First Peoples’ history. Australia also is a nation rich in coalescing humanity from all around the world, a culturally wealthy nation. We should honour and recognise those who take the voluntary steps to address injustice and human rights.”