Sallie Coulson is the Secretary of the Preston Environment Group, a not for profit grassroots community group in the South West of Australia. The group have campaigned to end all logging in Western Australia’s native forests since the early 1980s. 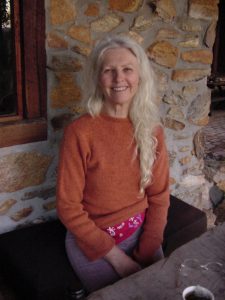 After many years of campaigning to protect WA’s native forest and writing countless submissions, thereby stressing the imminent consequences of deforestation and its links to climate change including government inaction, Sallie was arrested (1999) for sitting on a platform for 15 days 30metres up an ancient jarrah tree in the Wellington Forest (between Collie and Bunbury), while campaigning to have 30,000 hectares of native forest protected from the loggers and put into a national park.

Due to overwhelming public support for Sallie’s actions, the then Richard Court led Liberal government eventually gave-in (2000) to public pressure and a Wellington National Park of (4,000ha) was born.

The campaign continued to end all logging in WA’s native forests, Sallie produced the documentary “CALM Exposed” in 2000, exposing the insidious relationship between the government bureaucracy (CALM) in charge of conserving the forest and the native logging industry.

Again due to further public pressure, the Geoff Gallop led Labor Government – enlarged the WNP in 2001 to (17,000ha).

Ms Coulson said as the destruction continues in our native forests, and with the ramifications of global warming now affecting the way we live, Sallie’s new documentary “Costing Us the Earth” calls for the people of the nation to take  responsibility, and to be accountable, so that we, and future generations will have a better quality of life.