Fazel Chegeni is dead – and so too will many more die 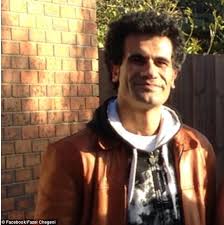 Fazel Chegeni is dead. Christmas Island detainees – refugees and asylum seekers – are protesting their lot while others describe that they are ‘rioting’. They are trying to avoid the end tales of hopelessness and untimely death. They are fighting for their right to live, for their freedom, for their sanity.

The despair and anguish felt by detainees – by refugees and asylum seekers – trapped in Australia’s immigration vacuum are at levels never-before-known. These very dangerous levels will lead to the most terrible scenes ever on the immigration and political landscape.

Immigration centres are a totality of places of despair, hopelessness and incarceration. These centres are inducing trauma, situational, multiple and composite trauma, self-harm, multiple suicide attempts and suicide. There are never-before-known levels of clinical disorders, acute and chronic.

We can focus on each unnatural death, on each death due to external causes, on each suicide, or we can recognise we are fast moving to catastrophic crises for those imprisoned in the immigration vacuum who have no prospect at this time of resettlement. Or we can focus on how to avoid a tragic legacy that will take that many lives that the terrible scarring will long remain on the Australian consciousness. Years ago, many of us warned of many more detention centre deaths. Alarmingly, these deaths are now happening. We need to bring in adequate psychosocial, pyschological and mental health counselling and couple this with the restoration of hope otherwise the avoidable impacts will continue to runaway to a never-before-seen tragic narrative of human suffering, misery, en masse and widespread death.

–      Declaration of impartiality conflict by the writer – Gerry Georgatos – who is a 35 year long refugee rights advocate, convenor of the Human Rights Alliance, and a suicide prevention researcher.