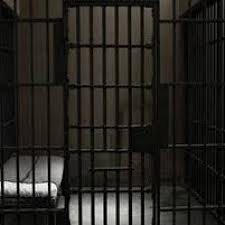 The family of 22-year-old Ms Dhu who died in the South Hedland Police watch-house on August 4, will be leading rallies around the nation on October 23. Ms Dhu’s family are grieving, are angry and are calling for justice. In the name of the late Ms Dhu, her family are calling for a number of immediate changes to police protocols in order to prevent unnecessary loss of life in police watch-houses.

Family members will lead rallies in South Hedland, in Ms Dhu’s hometown of Geraldton and in Perth. But the rallies will also be held in Alice Springs, Adelaide, Melbourne, Sydney and Brisbane.

Ms Dhu’s uncle, Shaun Harris, supported by the Deaths in Custody Watch Committee WA and Noongar Tent Embassy said that there are a number of demands the family of Ms Dhu wants to see eventuate.

“The coronial inquest needs to be expedited,” said Mr Harris.

“An independent inquiry of the police watch-house death but independent of police. This business of police investigating police must end.”

Mr Wilson told The Australian journalists that police appeared reluctant to take Ms Dhu to hospital despite her begging for medical assistance.

“She was singing out. She was crying. Police was just ignoring her. I couldn’t do anything to help her, I felt so bad,” said Mr Wilson to Ms Taylor and to Mr McKenna.

Ms Dhu had been taken twice to the Health Campus during the first 36 hours but Mr Wilson said he did not understand why she had been brought back. He told The Australian that on the last day of her life, August 4, Ms Dhu “got quiet” before two police officers gripping her from either side of her body under her arms “dragged her on the ground”. Mr Ruffin had said her head had dropped when they “carted her off” and that she appeared “lifeless.”

An earlier police statement may have imputed that Ms Dhu died in hospital – she was pronounced dead at the hospital. Both the police and the regional health services at this time are tight-lipped pending the coronial investigation.

According to Mr Ruffin, Ms Dhu had begged for her life, falling to her knees in begging the police officers who Mr Ruffin claimed at times suggested to Ms Dhu that “she was acting”. Mr Ruffin had said that at times police had laughed and mocked Ms Dhu. Police took Ms Dhu twice to Hedland Health Campus where she was seen by health personnel and the police provided with a “clearance” that she was fit to be detained. It is believed that she was not examined by a doctor.

The demands from the family include that Western Australia must follow NSW and outlaw the detainment of individuals on fine defaults. Ms Dhu had been detained on thereabouts $1000 of unpaid parking fines. The family also wants the implementation of the Custody Notification Service (CNS) nationally. The CNS was a recommendation of the Royal Commission into Aboriginal Deaths in Custody. It has only been implemented in NSW, since 1998. Since its implementation in NSW it has led to zero police watch-house deaths of First Peoples. The CNS is a service hosted by the Aboriginal Legal Service, with whom police must make immediate contact following an arrest of an Aboriginal or Torres Strait Islander.

But the family also wants justice. They are calling for legislation that recognises neglect that leads to death as akin to manslaughter. The family is also seeking to extension of the powers of the Office of  Inspector of Custodial Services, in that they have oversight of police watch-houses and not just of prisons.

“We should not have to wait for coronial inquests to argue for these changes. Governments and police can implement the Custody Notification Service, can stop the jailing of people on unpaid fines, and ensure now that what occurred to my niece is independently investigated,” said Mr Harris.

“Our families are heartbroken.”

Leave a Reply to Michael Wild