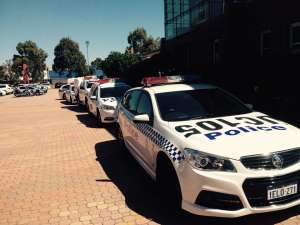 The last authorisation vote was in Perth. The voter turnout was negligible but counts. An extraordinary police presence was organised for a ballot.

Opinion piece – The Mabo and Wik decisions have failed to deliver what should have been mandatory to the people as a whole, but in the hands of ordinary people much becomes something else, and often much becomes only for the few. The Native Title Act has degenerated into one of the consummate farces, not only dashing hopes but also in tearing apart communities. Native Title was watered down by Prime Minister Keating, butchered by Prime Minister John Howard and has trended downwards ever since.

Native Title was supposed to have been about compensation – holistically. That is to compensate all the descendants of the First Peoples. But even in this humble objective Native Title has failed to deliver. Native Title was never about land rights, just about a compensatory mechanism. But its failure was to not acquit that compensation to the people as a whole but instead  to proceed through a body corporate – anointed by the Federal Court.

The idea of setting up corporates to administer Native Title benefits for the claimant groups has proved a spectacular failure – but I always expected this. Corporate bodies are not about the people but about their members – and when these entities fall out with any of their membership then that membership is screwed. Aboriginal and Torres Strait Islander corporations may have a Black Board but the real wheelers and dealers are the executives of the corporations. This management clout is usually predominately non-Aboriginal executives and managers. The carpetbaggers queue up for these highly paid positions while the people wait forever and a day for a compensatory dividend.

The majority of Aboriginal corporations represent only a few thousand people at most but the tens of millions of dollars that flow through these predominately non-Aboriginal staffed Aboriginal and Torres Strait Islander corporations, barely reaches the people. There are corporations with many tens of millions of dollars pouring through but they cannot lift their people out of poverty. The carpetbaggers do real well though. This is not anecdotal; it’s my first hand witness in my many travels around this nation, to hundreds of Homelands, communities over a very long time. We have gone backwards since Native Title was first legislated. Communities have been neglected, degraded and in many cases shunned altogether. Governments have neglected Homelands, intentionally, and Native Title body corporates have failed to acquit funds acquired through Native Title processes with an even hand disbursement to the people.

One of two great failures of the Native Title Act was the fail to standardise a quotient of what funding the miners and developers should set aside to the peoples on whose lands they reap extraordinary benefits from. This would have relieved dirty dealings and ugly negotiations between miners, developers and the peoples of the lands. The other great fail was that the Federal Court appointed prescribed body corporates have never been burdened by an onus to acquit all funds acquired through Native Title evenly to all of the people.

Their executives and managers do well, and many individual operators are greased but where are the across the board social health spends, the even handedness in sorting out the social determinants of their communities that governments deplorably neglect? Native Title was never meant to make rich the body corporates but the people. Native Title was never meant to make rich the executives and managers and some individual joint venture operators; it was intended as universal compensation. Native Title had been capable of uniting people, in an even handed approach to compensation and opportunity, in their enjoying the best of two cultural settings, their own as custodians of their lands and in navigating the best of what western culture has to offer.

Contemporarily, post the implementation of Native Title, neither culture had to clash, but clash we do. Native Title has brought on clashes, the likes never known before.

Native Title hangs its head in shame as it is has disenchanted and disempowered so many people not only from each other but also from their hopes. Native Title has betrayed the people, ruined communities, families – the trauma from Native Title is now generational, intercultural, intra-familial.

Furthermore, Native Title has been a feeding frenzy from a large trough to an industry of practitioners – lawyers, anthropologists and consultants – but it has divided, decimated First Peoples, where the few among them, instead of everyone, have benefited from Native Title. This fail is because Native Title benefits are administered by a corporate member organisation instead of being oriented by a prescribed holistic demand.

In the South West of Western Australia, in a first, a Federal Court prescribed body corporate, the South West Aboriginal Land and Sea Council (SWALSC) brokered a deal with the State Government to extinguish their people’s Native Title rights. In another debacle, only a few per cent of the Noongar/Bibbullman peoples voted. The majority will of the peoples was that they would not participate in the vote; they are against it. But a few per cent of the people up to vote and the deal with the State Government got across the line. Two of the regional votes were 160 yes votes to 136 no votes and 207 yes votes to 200 no votes. The near next to nothing Native Title rights of Noongar/Bibbullmun peoples may now be extinguished in modernist mainstream legal terms. But the Government packaged deal that the SWALSC think is better than Native Title rights is worthless. It is less than even Native Title, it is less than nothing. It will return nothing to the peoples. The SWALSC CEO, Glen Kelly has long argued that Native Title litigation takes too long and is costly and delivers little. He is right. But nothing will come of this other arrangement other than the fact the State Government thinks it has pulled off a be all end all with the Noongar/Bibbelmun peoples. It all started with the 2006 Justice Wilcox decision but that is another story.

Elder John Pell had said, “The majority of the people will not turn up to vote. More than 80 per cent will refuse to vote because they don’t understand what is happening or do not trust what is happening.”

“They have given up.”

Yesterday, the last of six regional authorisation ballots took place – this one in Perth. It scraped to a yes vote by 24 votes.

To the people, you should not be upset with each other – those who voted yes, forgive them. Assimilation is a cruel tool. Assimilation is not about any bent to help people but to conform people to overarching agendas. In the world’s nations with recent oppressor histories assimilation is used as part of the kitty of tools for exploitation. Those who are broken or tamed by assimilation because they see no other way forward well in that premise understandings and their forgiving should be found.

To the people who are once again disenchanted by the exploitive practices of the oppressor, do not give up. You have signed nothing away. You have not lost custodianship of your ways. You are who you are 24/7. The whims of ordinary people who think they are more than they are cannot by any process take from you who you are or the land that you walk on, that your ancestors walked on and forever remain with. If any person, organisation, Government lies or cheats their way to a perceived outcome even if misguided only to believe it is in the public interest then the outcome is no more than that – a lie. Where it matters inside of us no lie can hold as a truth.

The majority will of the people was and will remain against any faithless process and will speak for the ages.

Simplistic offer will not solve years of neglect

Government deal on its way to extinguish Native Title

Deal to extinguish Native Title land rights in one hit

Native Title offer will go to the vote

No certainties in Native Title offer