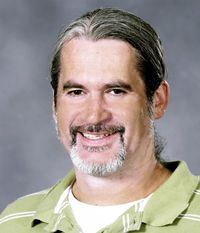 There was no surprise to see Federal Education Minister, Christopher Pyne stand by the review of the school curriculum despite the involvement of University of Sydney poetry professor Barry Spurr who was suspended last week over e-mails where he described former South African President Nelson Mandela as a “Darkie”, Blackfella’s as “Abo’s” and women as “whores and sluts”.

I should apologise to our readers this is not language usually associated to our publication but the violence conducted in these e-mails has to be read to be understood.

It is a point missed within the mainstream media in dealing with Professor Spurr – the language used in these e-mails is not only racist and misogynistic. These words are violent in their intent.

To refer to Nelson Mandala as “a Darkie” knowing the violence not only he endured but the relationship with the word to lynch mobs and the persecution of Black people around the world is indefensible.

But rather than assume any sense of responsibility Mr Pyne declared the leaking of these emails as sabotage against the government’s school reforms.

It’s so typical of the egos running this country. This is not about you, Mr Pyne. This is about people of colour and women, transgenders, the mentally ill and every other group outside the conservative privileged white man who has suffered through such ignorance and hatred in the past.

“I don’t endorse the remarks he (Professor Spurr) made in those emails,” he told Sky News last Sunday. “But it doesn’t mean the review of the curriculum has in any way been traduced.”

Given the review called for greater emphasis on the importance of Western civilisation and Australia’s Judeo-Christian heritage in the curriculum and less Indigenous history and Asian studies, now that we know Professor’s Spurr’s views I would say, yes Mr Pyne, your review has been tainted.

To suggest Aboriginal literature and its importance is non-existent, as was asserted by Professor Spurr, is based on racist ideology and not the very real impact writers like Alexis Wright, Kim Scott and Melissa Lucashenko have had in this country, an impact which is profound.

Henry Ergas wrote in The Australian newspaper in defence of Professor Spurr claiming what he calls “private views create no public harm”.

The Aboriginal writers listed above are amongst the most highly acclaimed writers in the country with two Miles Franklin Literary Award winners. Kim Scott has personally won this award, Australia’s most prestigious literary prize, twice.

So, yes, Mr Ergas for the review to suggest we do not recognise such achievement based on Mr Scott’s race does public harm to the Australian community now they know the personal views held by Professor Spurr.

Andrew Bolt posted Mr Ergas article on his own blog under the heading: “Henry Ergas on a gross invasion of privacy that exposes some hypocrites” where the article states “the likelihood that (Professor Spurr’s) emails were obtained illegally and used when it was known, or should have been known, that is how they had been obtained”.

This is a blatant lie and both Bolt and Ergas are well aware of the information technology policy of the University of Sydney – of which all staff are explicitly warned – states clearly “that their university emails are not private”. It is a public institution and their work e-mails are public property.

I work in a university and every time you log onto your e-mails there is a “code of conduct” statement as you sign on.

Therefore to suggest the e-mails were illegally obtained is only an attempt to defame the source, which in this case is the New Matilda website which exposed Professor Spurr for the misogynistic racist that he is.

These same ideas of racial superiority, gender politics and bigotry have led to some of the most horrendous atrocities committed throughout history.

Coincidentally those atrocities have been committed by those who now follow what they term “an Australian Judeo-Christian heritage”. This is an ideology that allows conservatives to wipe their hands of past atrocities, as they are grasping a term that only appears to have originated throughout the 1970s, 80s and 90s.

That’s right, again with research this is not a term that has anywhere near the history these conservatives claim it has. In fact, the vast majority of the meaning attached to the term dates from as late as 2001 onwards and it was not until September 11, that it had any relationship to Australian history or identity.

The notion of a Judeo-Christian tradition is, in fact, borrowed from American public discourse. In referencing US scholars, the term only began to regularly appear during and after World War Two, used as an inclusive term that naturalised the incorporation of Jews into mainstream US society as they fled Nazi Germany.

The political intent driving its use changed from one of inclusion to one of exclusion in the post-September 11 era and is now used extensively in popular language and media as a way of defaming Muslim cultures.

Monash academic, Sue Collins has found the term appeared 6418 times in north American newspapers between 2006 and 2013. By contrast, it was used only 765 times in all European newspapers, including the British print media and 304 times in major Australian newspapers.

The term has become a kind of shield for undeclared conservative interests which is really more to do with privilege. Kevin Donnelly, the conservative commentator and key researcher appointed to review the national education curriculum, is a major supporter of the term “Judeo-Christian”.

He is also highly vocal in his criticism toward educational strategies that help students to understand there are many more valid world views and perspectives other than Western European that have to be considered.

It is an ideology we are witnessing within these unrelenting attacks upon Aboriginal people, women, the elderly and the poor are reflected by a variety of comments such as George Brandis stating we have a right to be bigots, Treasurer, Joe Hockey stating the poor don’t drive because they can’t afford petrol and Tony Abbott’s comments about an “unsettled Australia” when the British came here and “European settlement being the defining moment in Australian history” and now Professor Spurr. All of this is a repeated doctrine and belief system of those who hold power in this country.

It is an ideology commanded by authoritarian figures, in building a society wishing to conform, this is how they are able to bulldoze homes and cut the water supply on remote Aboriginal communities, take our children in record numbers and close their eyes while another 350 Aboriginal people die in custody since the Royal Commission into Aboriginal Deaths in Custody was held.

Twenty-two year old Aboriginal woman Ms Dhu spent the last four days of her life vomiting up blood in agonising pain in a police cell, and was taken to hospital three times only to be released back into police custody as she lay dying.

It makes our mob wonder how is it that people can continually commit acts of such evil. I am not sure about Western Australia but in Queensland we have the State Penalties Enforcement Registrar where you can pay your traffic finds off fortnightly for an amount negotiated that is affordable.

So there is no excuse for what happened to Ms Dhu and ultimately someone has to be made accountable otherwise this type of behaviour is allowed to continue.

What has this got to do with Professor Spurr’s e-mails you ask?

Since the story broke, statements he has made in his defence and for those who have also defended him publicly there has been no mention of any apology or even the slightest remorse.

And this is the culture and arrogance we confront every day, it is so steeped in a denial process that allows the persecution and oppression of our people to continue.

Let us take just one example of these e-mails written between Professor Spurr and his “close friend” in relation to the sexual assault of a woman.

The email reads as follows (and some names and details have been redacted to protect the privacy of the victim of the assault).

Today, (A COLLEAGUE) told me of a problem at (A COMPANY). Some harlot (A WOMAN) went back to a room party when her key would not work and waiting, went to sleep on the bed. Another (PERSON AT THAT COMPANY) put his penis in her mouth, as you do, and she called the police.

I told (MY COLLEAGUE) she was a worthless slut who will now cause this poor chap, who certainly did not adhere to Debretts, years of imprisonment with big black chaps because she is a worthless slut who should not have been there. In Dubai, she would be locked up as well. The muzzies are not all wrong about this.”

Professor Spurr replied to the email the following day.

“Reeling from that story. Ye Gods. I think she needs a lot put in her mouth, permanently, and then stitched up.”

The real concern here is not Professor Spurr’s privacy as claimed by The Australian newspaper and others. It is that many of the third parties involved who received these e-mails we are led to believe also hold influential and important positions, including those within the tertiary sector.

It is clear the language is being used amongst those Spurr felt comfortable with, connected to, friends who share his values. There is an undeniable familiarity within these e-mails.

You can only assume that they agree with him and share in these values.

And fundamentally, Professor Spurr’s public fall from grace is exactly that, a story about Australian values contained within the privileged class of middle aged white men who dominate the Australian corporate and cultural landscape.

This goes much deeper than the tirades of racism downloaded from public transport and racist trolls in social media. Here are the origins of those who refuse to accept our history is steeped in the blood of the innocent and in their refusal to recognise the cultures of the Indigenous people who were here prior to their arrival.

Only two weeks ago John Howard stated his refusal after all these years to accept through the Stolen Generations Bringing them Home report that cultural genocide occurred in this country.

How much does that refusal to accept the truth lead to us now facing another Stolen Generation today?

The hidden underbelly of racism and hatred is so unchallenged in this country it has no fear of revealing itself. As Aboriginal People, what used to seen a hidden conspiracy against us has become a sledge hammer to the face.