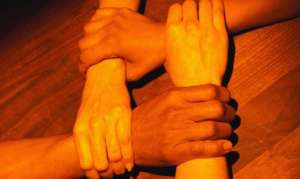 Gerry Georgatos – Children evicted onto the streets… It is a reprehension that occurs throughout the nation but the more west we journey across the continent the worse it gets – with the rate of evictions from social housing highest in West Australia. In the last few years West Australia’s eviction toll has increased. The political will to support the vulnerable, to keep families housed, is lacking.

In each of the last three years, West Australia’s Department of Housing has evicted more than 550 families.

Sadly, the incumbent West Australian Government is dealing out a higher eviction rate than the previous Government.

These are all horrendous tolls – and they’re probably higher – as there are questions about what constitutes terminations and non-renewals but that’s another article.

One service is making an exceptional difference – The First Nations Homelessness Project – an eviction prevention service in Perth that in the last 18 months has prevented the evictions of 152 families from 156 efforts.

The First Nations Homelessness Project, the brainchild of Jennifer Kaeshagen, began as a volunteer program – with on tap the goodwill of 1400 volunteers – till it was funded by the Commonwealth in October 2017 for two years. The First Nations Homelessness Project enjoyed bipartisan support from the then Minister for Aboriginal Affairs, Nigel Scullion and Australian Labor Party Senator Sue Lines – and who each volunteered for a day with the project to experience what’s involved in preventing evictions and supporting families. However, the project is yet to be supported with funding from the West Australian Government – despite the project’s service to West Australian families.

Half of evictions from social housing in West Australia are of First Nations families, with many children finishing up lost to the streets. For years the West Australian Government has tossed millions into the STEP (Support and Tenant Education Program) – $35 million – to try and support public housing families vulnerable to eviction but the over invested STEP program has been sadly a very big fail for those most at risk, where there are complex issues. STEP doesn’t work with families at the termination notice end, but the First Nations Homelessness Project does.

The Daydawn Advocacy Centre is renowned for its salt-of-the-earth coalface work alongside Perth’s most vulnerable families and individuals. Daydawn’s stalwarts Dr Betsy Buchanan and solicitor Susannah Connor are huge supporters. Susannah Connor, “Before FNHP started, in my opinion I could often not prevent a termination for standards and debt. Now, I believe evictions for standards and debt amongst my clients are virtually non-existent when FNHP is involved. Usually the work the FNHP does can convince the courts not to terminate a tenancy. Where a tenancy cannot be saved in the courts, FNHP will continue to support tenants and has managed to save their homes despite court orders.”

“I cannot recall a single client of Daydawn’s who has been evicted to homelessness while working with FNHP.”

“There is no equivalent alternative service to FNHP in WA. If FNHP does not continue, many families will become homeless, who would otherwise have been able to keep their homes.”

Susannah Connor argues, “My regard for FNHP and for their work cannot be overstated. In my opinion they are a key factor in preventing a huge number of Aboriginal people being made homeless in WA over the past few years.”

TenancyWA is a supporter of the First Nations Homelessness Project, “This project which ran for more than two years completely unfunded has provided an essential service to Aboriginal families and the community for nearly 4 years. In our professional opinion if this service is not funded, or not funded at an appropriate level, the community will see a further spike in evictions of Aboriginal families from public housing, the majority made up of children.”

“TenancyWA has been fortunate enough to work with FNHP on a number of occasions in the support of common clients. Unfortunately, there is no other service that provides the same assistance to this vulnerable group of families.”

“The assistance provided to First Nations families facing homelessness due to eviction has resulted in some dramatic turnarounds in terms of sustaining public housing tenancies.”

The First Nations Homelessness Project believes in people, and if someone senses that you believe in them, they will begin to believe in themselves. The FNHP works to reduce future risk to eviction threat. They also work alongside the families, at the family’s invitation, to improve their life circumstances, to improve their lot. They spread the love and it is returned. They are a 100 percent outreach service – and it will surprise many to find out that they achieved their record-breaking efforts with only one million dollars funding annually. Several million dollars annually could reduce evictions to the few, preferably to zero. The project should be studied, followed and made accessible to every vulnerable social housing family.

Deborah Woods, the CEO of the Geraldton Regional Aboriginal Medical Services (GRAMS), has studied the FNHP model and alongside the goodwill of the FNHP is establishing a rollout of the model in Geraldton and then wider. They have already prevented two evictions from two efforts. “It’s should be a no-brainer for Governments to fund, that is if they care about our people. We are looking forward to working even closer with the First Nations Homelessness Project for the keeping together and betterment of our people.”

As a suicide prevention researcher, I know the elevated risk to suicide for recent evictees. I remember children and older who were evicted to the streets or to a nomadic life shifting from house to house, who took their lives.