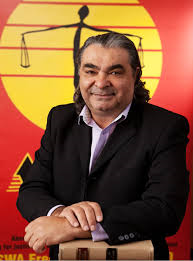 The push by the Western Australian Government to close down the majority of homeland (remote) communities has been labelled by the CEO of the Aboriginal Legal Services WA, Dennis Eggington, as “ethnic cleansing”. Premier Colin Barnett has said that many of these communities “are not viable”, have small populations, are starved of services and are basket cases of “social chaos” and with “high suicide rates”.

In fact, there is little social chaos in these communities other than poverty, and they are not riddled with substance abusing and suicides. Research shows that the suicides are majorly in the large regional towns and that the smaller a community population the less likely there is social chaos and suicide.

Mr Eggington said, “I have seen the parliamentary Hansard list of those 150 communities in Western Australia and it is nothing but ethnic cleansing.”

“It is ethnic cleansing of the last lot of tribal lands where ceremony is held and where languages are spoken.”

“If it was a big pastoral station where White mum and dad with a couple of their sons and their families were living on, and maybe 25 to 30 people all up living within the pastoral company they’d be getting all sorts of subsidies from governments. They’d have all the services, the Flying Doctor, the School of the Air, but when it comes to Black fellas they get nothing,” said Mr Eggington.

“Nah, it’s just remove them off their Country. It is discrimination in its worst form and it is just unacceptable that the last of the tribal lands that are owned by people where ceremonies are held on, carried out on, that they should be removed from their lands.”

“People will not go willingly. They will have to be forcibly removed from their land and this will mean bloodshed.”

The Western Australian Government is propagandising why these communities must be shut down – social chaos and viability issues but these arguments do not scrub up. The Western Australian Government claims it cannot afford to maintain power, water, sewerage and other services to 274 homeland/remote communities across the State. But if it closes down up to 150 of these communities it will create thousands of fringe dwellers in the larger regional towns where there is social chaos unlike the quiet and calm of the small communities.

“We all know the suicides do not happen out in the communities. They are healthier, happier and generally better off in those communities than in town, than in Fitzroy Crossing.”

“What Premier Barnett says is happening in the small communities actually happens in the larger towns, with this we would agree.”

“Premier Barnett should not be using the statistics to generate a policy to close down small communities.

Premier Barnett said, “I accept that it will be hard on individuals and their families. It won’t be a sudden change. No one is going to come out to communities and say ‘your community is now closed’, but it is something we are going to have work on over the next few years.”

“We will work through the issues and consult widely with residents about how together we can make things work better and improve outcomes.”