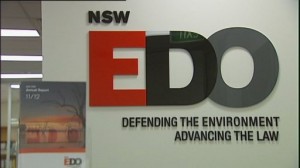 Some, and maybe all, of Australia’s Environmental Defenders Offices will soon be closed after they had their federal funding pulled by a Government reporting the 3rd largest budget deficit in Australian history. $9 million will be saved over three years. But Australians will lose a legal advocacy office that has helped numerous communities to appeal environmental impact decisions by the Government.

The Australian Network of Environmental Defenders Offices (ANEDO) consists of nine independently constituted and managed community environmental law centres located in each State and Territory of Australia. ANEDO has received substantial funding from governments since their establishment in the early 1990s. ANEDO describes itself as “dedicated to protecting the environment in the public interest.” They provide legal representation and advice, take an active role in environmental law reform and policy formulation, and offer education programs designed to facilitate public participation in environmental decision making. ANEDO has been involved in quite a number of high profile environmental cases before the courts.

Last week, Senator George Brandis said to a Senate committee that any federal funding should be allocated to front line legal aid services and should not be allocated instead to legal advocacy groups.

The $9 million hit to ANEDO was only committed to them in the last month of the former Government’s tenure.

Some of ANEDOs offices have suggested that the pulled funding may mean a reduction of up to 30 per cent of the funding needs. In October the NSW Minerals Council called on the newly appointed Attorney-General, Senator Brandis, to cease government funding to ANEDO . The Minerals Council argued ANEDOs legal advocacy delayed projects and developments. The Minerals Council was disappointed by a recent win in the court by ANEDO to prevent coal expansion in the Hunter Valley.

The Wilderness Society’s national campaign coordinator Glen Klatovsky has condemned the funding cut and criticised the obvious reduction in the ability for communities to fight for their local environment.

“For decades, EDOs have been the cornerstone for everyday Australians to make sure environmental laws are upheld,” said Mr Klatovsky.

“For thousands of people around the country one of their only avenues to protect their community, often against illegal activity, has been seriously cut.”

“This Federal Government appears hell bent on ensuring there is as little scrutiny as possible on them and on big developers and miners.”

“Communities trying to enforce Australian law against cashed up property developers and miners, and their battalions of lawyers, has always been a David and Goliath struggle.”

In recent times, along with the Bulga community fight in the Hunter Valley with Rio Tinto’s Wakworth-Mt Thorley mine, ANEDO was involved in the high profile fight with the West Australian State Government on the failed James Price Point $40 billion proposed gas hub.