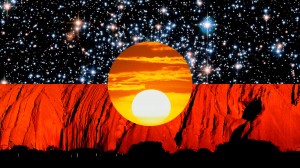 The national call by community leaders Tauto Sansbury, Geoff Clark and Michael Mansell among others for a National Summit of legitimate First Nations leaders has the potential to change a generation. We are talking of the same influence of the Freedom Marches back in the ’60’s, the establishment of the Tent Embassy in ’72 and the Bark Petition in 1963.

But it will only change a generation if we embrace this movement as our own and realise the time for change has come. We can all be a part of history or we can continue to be victims of history. By calling for a National Gathering we are not excluding any people who share in the very real concerns of our mob, our identity and our Culture.

Very few will be given the opportunity to change history during their lives but by each and every one of us standing together we can start a movement to overcome … as together we work towards change.

We have all been called to the same stomping ground and it has come time to act.

At times we all feel physically and emotionally exhausted having to repeat ourselves not only daily but for decades. Together we have been providing answers to our own problems but been ignored by government over the generations as we have found ourselves going around and around in circles.

And the source of our frustration and disempowerment continues.

Look at the way people embraced the Recognise campaign, a movement which is proving itself to be little more than a government-sponsored removal of grass roots autonomy and Indigenous governance run by White Australians.

And the way our people flock to the Rugby League Knockout where whitefellas are again sponsoring teams and making money off inflated food prices and entry. It’s time to reclaim our identity and take back the power of our collective.

As stated over and over again, the Prime Ministerial Indigenous Advisory Council is not only an embarrassment to the First Peoples but it is an insult.

The one thing these uptown blackfella’s who run side by side with the government have never been able to do is call the mob together – we just don’t come. We didn’t vote for ATSIC, we refused to vote for the National Congress and that will not change.

The one thing that hasn’t been tried in all this time is a return to Traditional Aboriginal Governance and kinship systems that would respect autonomy within the many Aboriginal nations within Australia.

There was a great opportunity provided by the 1963 Bark Petition presented to the Federal Parliament in an attempt to get the recognition of our autonomy and self-governance prior to colonisation and even though the petition was successful to a degree in that it did lead to a Royal Commission and Land Rights it was never accepted as a form of control and autonomy under Blackfella Law.

Land Rights instead came in under a foreign law where the whole process of control was given to Lands Councils funded by government that eroded Indigenous customary obligation to the point that when a second bark petition was handed to then Prime Minister, John Howard in 1998 he was able to completely ignore it.

That second petition now collects dust as academics and politicians argue that we no longer have connection to our own organisational structures, and mainstream media paints us as child-molesters and woman-bashers.

At what point do we wake up as a community and realise that government is working against us, not with us? The two greatest myths created in this generation was that we are welfare dependent, and that you can only change the system from within it.

Those myths created a managerial class enabling a generation of Aboriginal people through welfare. Then, as if these strategies didn’t cause enough division we are now labelled as child-molesters and woman-bashers. What’s next … extinction?

You may laugh but that’s what is happening with our cultural practices and ceremony as they become victim to enforced cultural amnesia with white government refusing to fund remote schools or allow teaching of bilingual Aboriginal languages knowing full-well this action is destroying traditional communities.

I stated above the 1963 Bark Petition was an opportunity for change and change happened all right … but not in the way we intended. What did happen is we lost an entire industry of Aboriginal stockmen working on the land in the 1960s!

Why? Because rather than be paid equal wages we were moved on into shanty towns having to live as fringe dwellers on our own land!

The remnants of these towns are the ones now being levelled by bulldozers creating a generation of Aboriginal refugees in our own country. I say it again and again in these articles … know your own history and become self-educated.

The 1960s were witness to a dramatic upsurge in political activism which had a profound effect on Australian society with the political turbulence created in the wake of the Freedom Rides and the Tent Embassy going hand in hand with the Australian referendum of 1967. This is the power of active demonstration.

Once again we need to get together, otherwise we are complicit in our own genocide. We are living in a period that can be identified with a new Indigenous capitalism that appears to have triumphed over Indigenous-owned community governance. This has led to a decline in Indigenous cultural nationalism and the practice of our own ceremony and autonomy.

Each and every one of us are and remain responsible. We can either fight to continue our cultural maintenance and law systems or we can allow our traditional ways to become things of the past, nothing more than romantic stories told to our grandchildren.

This is the truth behind the Third World living conditions and poverty our people endure, all built upon the previous negotiations our People had, in good faith with government.

But the white man’s government is the same one that undermined the Aboriginal Land Rights Act and refused to build infrastructure and provide resources to Local Community Councils.

This is what happened to the families of these Aboriginal stockmen who built this country in the cattle industry with their sweat and unpaid labour. This was the consequence of them daring to demand equality in a country which is built on denial and institutionalised racism.

As White Australians try and wash their hands of their own sins and close their eyes in denial of the past we, as Aboriginal People, become nothing more than the refuse of these same sins – a rubbish tip to the poisons of the West in collecting its waste and unwanted history.

Of course articles will then be written showing we suffer from substance abuse, sexual abuse and crime more than the white man. We are the ones who carry the legacy of their lies, denial and guilt as they try and rebuild over and over again from the foundations of a society that was created on the back of Aboriginal slaves and Indigenous stolen wealth.

It’s time we as separate Aboriginal Nations stop defending ourselves against the wrath of accusations and confront the real source of our pain.

No longer shall we carry their denial but instead, through our own healing, now focus on the social factors and disadvantage which become the cause and effect of these abusive behaviours.

Together we have undergone a massive re-education of Whitefella’s in this country and as in all relationships there are problems, there is fault on both sides.

And in order for it to work, there has to be some common ground that’s shared. We now have to establish that common ground in reclaiming this as our land and the Whitefellas must show respect for our legacy as the oldest living Culture in the world.

Anything else is a distraction that will have us on the some cultural merry-go-round we have endured since their arrival. Therefore we have to stop being the ones constantly having to make amends as we are getting sicker in having to carry the pain of two cultures.

In coming together we have to let go of the pain, the trauma, and our acknowledgement of their past and give it back to them. This is proper Binangarrangah (Blackfella law business) and is the only thing that will heal our future generations.

It is a position, which has more recently taken on a form of academic and class boundary construction within our own mob, which rather than create a sense of independence, has instead created a binary trap for my own Aboriginal people.

We ourselves have become divided between the haves and the have-nots so it is now or never … it begins with our refusal to acknowledge those given power by the Whiteman and the start of us acknowledging only those who truly represent our communities, our history and our law.

The trap is that a binary relationship of hierarchy, once taken on, becomes impossible to reverse and only serves to reinforce the power relationship between Indigenous and non-Indigenous peoples both within and outside of the confines of colonisation.

In coming together under a traditional ceremony and call for justice we allow the opportunity for all our mobs to heal and move forward.

We take ownership and we create a cultural and creative third space as a conscious shift away from contemporary Indigenous trauma. This must, and has to, be done in order to reinvent our identity in such a way that allows for a move beyond the binary of colonisation and its associated power relations.

– Dr Woolombi Waters is a Kamilaroi language speaker and writer and is a lecturer at Griffith University. He writes a weekly column for the National Indigenous Times.