Education From the Inside Out: A Plea for Prison Education 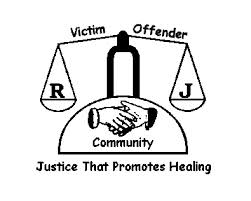 In a decade of teaching, I have approached many a semester’s end wistfully: another goodbye to students I have, week after week, intellectually bonded with. But this semester, wistful feels more like the blues.

I am soon to be exiled from pedagogical heaven: an English 101 class so academically voracious, they rendered my job effortless. My students not only read the material and took extensive notes on it, they read material weeks before I’d assigned it. They arrived armed with studied opinions about each text and page numbers containing relevant passages to shore up these opinions; they begged me for additional grammar worksheets and requested feedback on work they’d assigned themselves. When we read one particular Ralph Ellison essay, they groaned about how many times the piece had driven them to the dictionary, and I held back tears of joy: Oh for a roomful of students who studiously look up words they don’t understand!

The blues run deeper, though. Students like those in my English 101 class are few and far between — because they’re incarcerated at Otisville Correctional Facility, the first class in a program I launched at John Jay College of Criminal Justice: the Prison-to-College Pipeline. The pilot program has a simple goal — maximize the number of incarcerated and formerly incarcerated people who go to college and succeed there — and it was prompted by a question posed by John Jay’s President, Jeremy Travis, who has written extensively about prisoner re-entry: “If over 700,000 people are leaving our prisons, how should the nation’s educational institutions be organized to help them make a successful transition to free society?”

The Pipeline is designed with reentry in mind, offering for-credit classes, skills workshops and college and re-entry planning to a small pool of men within five years of release. The aim is to funnel them into the CUNY system, where they are guaranteed a slot. We take advantage of educational timing: The three to five years prior to release — ripe moments for educational intervention — are perhaps more likely to produce a re-entering community that avails itself of higher educational opportunities.

Via monthly learning exchanges during which John Jay students visit the prison and engage in classes alongside the incarcerated students, the program achieves two additional aims. We acculturate the incarcerated students to the college community of which they will, upon release, be a part. At the same time we acculturate, in a humanizing context, the John Jay students to the incarcerated population — thereby impacting the way they undertake their future jobs as progressive leaders in the criminal justice and social service arenas.

I have watched the men in my class morph from “inmate” to “college student” — a profound process with tangible increments: Eventually they stopped writing their DIN numbers on assignments, and grew accustomed to being called by their first names again (prison is a last-name-only milieu). Some are taking on college as part of a “let’s-do-this-together” pact with their children, enrolled on the outside. Others return to a path foiled by missteps the last time around: One of my students was enrolled at John Jay 20 years ago, and looks forward to his triumphant return, credits under his belt.

But back to the blues: Programs like the Prison-to-College Pipeline — shown time and again to be vastly valuable, in both public safety and prisoner re-entry contexts — are scarce. There are precious few publicly funded post-secondary degree programs in American correctional facilities; the bulk of the some three dozen or so that do exist, including John Jay’s, are privately funded and at constant risk of going broke. The result? Approximately 11 percent of state prison inmates have a college degree, compared to 48 percent of the general population. A 2004 survey found that post-secondary correctional education was available to only about 5 percent of the overall prison population.

This was not always so. In 1970, a century after the American Correctional Association Congress endorsed education behind bars, the New York State Corrections Law requiredNew York’s Department of Correctional Services to “provide each inmate with a program of education which seems most likely to further the process of socialization and rehabilitation.” A year later, the Attica rebels demanded that America’s prisons live up to this claim; over the next two decades, higher education in prison flourished, to the tune of some 700 degree-granting prison programs nationally. Federal support for these programs meant that incarcerated individuals were eligible for Pell grants, needs-based college funds for qualifying low-income students, and, in New York, Tuition Assistance Program (TAP) grants, as well.

But a shift in government spending between 1988 and 1998 turned the tide. During those years in New York, for instance, the operating budget for the public university system was slashed by 29 percent while state spending on prisons rose by 76 percent. In 1994, for the first time in history, New York State spent more on prisons than on universities. And shortly thereafter, the big blow came: Congress eliminated inmate eligibility for Pell Grants — even though such education accounted for a mere one-tenth of 1 percent of the Pell Grants’ annual budget. The results were dramatic. Within three years the national number of prison higher education programs dropped from 350 to 8.

This is a prodigious loss. The literal and metaphorical value of a college education — to incarcerated men and their communities — is colossal. For one, numerous studies have shown that the higher the educational attainment, the higher the reduction of recidivism; in one such study, inmates who possessed at least two years of college were rearrested at a rate of 10 percent, as compared to a general rate of 60 percent. That, of course, adds up to money saved. One study suggested that for every dollar spent on education, two dollars are saved by ducking the cost of re-incarceration. If we care about equitable prisoner re-entry and about reducing America’s absurdly high recidivism rate, we should care about prison education.

The value of higher education behind bars transcends dollars and cents. Considering the fact that 1 out of every 100 Americans — and more than 3 out of every 100 black men — are in prison, truly increasing access to education demands that we take college to prison. If we are genuinely committed, too, to a criminal justice system that is not about punishment or revenge but rehabilitation and justice, higher education should be our friend. Studies have shown that it engages students in reading, analyzing, writing and mentoring, not to mention assessing choices and being persistent in the face of obstacles — critical character traits that are more than just academic. Higher education also bolsters community commitment. One study found that after participation in college, prisoners and former prisoners were far more likely to offer advocacy, social supports, and services to other prisoners, their children and families.

All of this adds up to a very practical agenda, currently being promoted by groups like the New York-based Education from the Inside Out Coalition [http://www.eiocoalition.org] and the Pell Grants for Public Safety Initiative, led by Dallas Pell, daughter of Senator Claiborne Pell, for whom the Pell Grants were named. First, we should restore inmates’ eligibility for Pell Grants and TAP. As EIO points out, such a step would cost the government some $5 to $10 million but would result in mid- to long-term benefits — in terms of reduced recidivism, an increased number of tax-paying citizens, and fewer dependents on public assistance — that outweigh the short-term cost.

In a recent report, 94 percent of state and federal inmates interviewed prior to release named one thing as their most pressing re-entry need — over and above financial assistance, housing, employment and drug treatment. What did they demand? More education. For their and our community’s sakes, let’s give them — including my soon-to-be former English 101 students — what they want.

(Dr Dreisinger first published this article in 2011, and has given The Stringer permission to reproduce it)