Dumbartung Aboriginal Corporation is leading the way in trying to have something done at long last about reducing the high rates of Aboriginal youth suicide. Governments have effectively neglected the crisis while the youth suicide rates climb. Dumbartung will convene a Suicide Crisis Summit on May 21. 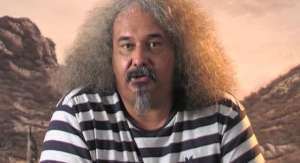 Robert and Selina Eggington are the directors of the Dumbartung Aboriginal Corporation which maintains a huge presence at the Clontarf Aboriginal College site in Manning, Perth – which only last week was put into total Aboriginal ownership by the Christian Brothers.

The Aboriginal youth suicide rates in the Kimberley are among not only the nation’s worst but among the world’s worst rates. Aboriginal youth suicide is an endemic tragedy throughout Western Australia and includes the Goldfields, the Western Desert, the Pilbara, the South West, the Great Southern and Perth. The stressors and underwriters of youth suicide – the high levels of unemployment, lack of substantive education opportunities, chronic and abject poverty – are pernicious throughout Aboriginal communities and especially in the remote.

Mr Eggington said Aboriginal communities grieve in an ongoing manner for the loss of their youth. “We hear of a death almost fortnightly,” said Mr Eggington.

Mr Eggington referred to the suicide of a child as young as 12 years of age.

In Mowanjum, which is near Derby, there was the death of a 12 year old girl. This tragedy was only the other day.”

It was only a few years ago that Mowanjum and Balgo recorded a spate of youth suicides.

The Coronial Inquiry which would follow, with State Coroner Alastair Hope presiding, would hear that the suicide average in these towns was nearly 100 times the State average. The Coroner slammed the Government for a lack of pre-intervention and intervention services and programs.

Mr Eggington spoke of a 15 year old girl who took her life only weeks ago in Perth, and of young men taking their lives as too common an occurrence for Aboriginal families throughout Perth and the South West of the State.

Mr and Mrs Eggington coordinate Aboriginal loss and grief programs and they have assisted hundreds of families. They too have lost a son, their boy Bob, only three years ago when he took his life.

Dumbartung runs many programs and services however also includes a “mourning room” to assist those grieving, and to let them know they are not alone and that no-one has been forgotten – well at least not forgotten by Dumbartung.

The Suicide Crisis Summit will be only three hours long and hopefully a start to something positive. Dumbartung has invited everyone – State and Federal Governments, WA Police, leading lights from the criminal justice system, Aboriginal luminaries and others to discuss the ways forward and the strategies needed to reduce suicide. They will also discuss how best to secure and expend funding for suicide prevention.

“If suicide prevention programs are working why then are statistics getting worse for our people? Why is the death rate of our people through suicide remaining at the highest in the world?” said Mr Eggington.

Last week, Premier Colin Barnett admitted that alleged billions of dollars spent on Aboriginal services and communities were not reaching the people. He has now moved to create an Aboriginal Affairs Cabinet subcommittee in an attempt to have more oversight and feedback and to do more directly for Aboriginal peoples.

“State Government expenditure on services for Aboriginal people was about $2.3 billion in 2010-11, or approximately $30,000 per person,” the Premier told Parliament on April 17.

The Premier needs to be careful when breaking down monies to a per person basis because this is not how funding works. He should have subtracted Government bureaucratic costs and contractors’ payments. Acquittal is a major issue that has been failed by design principles – acquittal as an end result should be effectively guaranteed from the outset.

“Despite this reform and investment, outcomes for Aboriginal West Australians are unacceptable,” said Premier Barnett.

But they have been accepted for far too long and if little is done about the homelessness, poverty and suicides then indeed it must be deemed as the Government accepting the state of affairs. The State Government has failed many times over on a $12 million Broome Hostel promise and instead homelessness is rife throughout the town.

“Mortality rates are two and half times higher and suicide rates three times higher (than non-Aboriginal peoples),” he said.

But he did not mention the Kimberley suicide rates.

Hopefully everyone invited, or their representatives, shall attend the Dumbartung Suicide Crisis Summit.