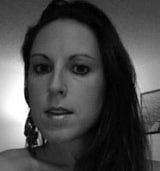 Professor Dreisinger earned her PhD in English from Columbia University, where she specialised in American and African-American studies. Her book, Near Black: White to Black Passing in American Culture (University of Massachusetts Press, 2008) was featured in the New York Times Book Review and on National Public Radio.

ogether with Oscar-nominated filmmaker Peter Spirer, Professor Dreisinger produced and wrote the documentaries Black & Blue: Legends of the Hip-Hop Cop, which investigates the New York Police Department’s monitoring of the hip-hop industry, and Rhyme & Punishment, about hip-hop and the prison industrial complex. Professor Dreisinger is currently working on a book about mass incarceration in a global context.