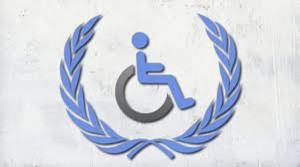 “It may be shocking to some people in this country to realize that, without meaning to do so, they hold views in common with Hitler when they preach discrimination against other religious, racial or economic groups.” – Henry Wallace

If I had been an applicant for residency status in Australia in early 2012 I would have been denied the right to gain this. A number of you would know of my health challenges of recent years. Those of you wishing to hear more can access an interview I did with Geoff Hutchison on ABC Radio here in Perth back then on this webpage here:

In brief, a heart attack, a quadruple bypass and the discovery of a cancer, followed by a Gastroectomy (Removal of my stomach) and long sessions of Chemo and radio therapy would have meant that I would have been considered a “burden to the taxpayer” and at a level above $40,000 of taxpayer expenditure.

A review recently by the Australian Parliament of the health requirements of the Migration Act summarised the issues herein as follows:

“Historically, permanent migrants and temporary visitors have been subject to some form of Health Requirement since the Immigration (Restriction) Act 1901 (Cth). Essentially this prohibited the migration of persons with certain types of infectious or contagious diseases. It was repealed with the introduction of the Migration Act 1958 (Cth) (the Act), which is in force to the current day, although with significant amendments to the original statute. The Act, like its predecessor, contained a list of prescribed diseases which would exclude persons from migration. In addition to the Act, Migration Regulations were introduced in 1989 which prescribed new health criteria and removed all reference to prescribed diseases, with the exception of tuberculosis.

The Migration Regulations were updated in 1994 and introduced three Public Interest Criteria (PICs), as outlined in Chapter 2 to regulate Australia’s Health Requirement.

3.3 The Department of Immigration and Citizenship (DIAC) suggests that there are a number of reasons behind the need for a Health Requirement. These are to:

3.4 An applicant for a visa will be deemed ‘not to meet’ the Health Requirement if they are considered a threat to public health in Australia (such as for having active tuberculosis) or where their disease or condition would result in significant cost to the Australian community or prejudice the access to health care by Australian citizens or permanent residents.”

Let me throw at you the names of a few people who have fallen foul of this legislation and have therefore not been granted permanent residency status in Australia.

In every one of these cases there has been a member of the family who has been considered a person with disability or a person with a condition “that would result in a significant cost to the Australian community”. For this reason the family is viewed as a “burden” to the taxpayer and has been excluded from gaining permanent residency here. In all bar the last of the cases above, advocacy agencies such as the one I chair (National Ethnic Disability Alliance) have had to go to considerable expense and trouble to circulate petitions and send emails etc to get thousands of signatures to convince relevant Immigration ministers to overturn the decision of the department. It must be emphasised that this is not a party political issue. All parties in power have exercised the power through the department to discriminate against people with disabilities or conditions of certain types.

Australia is a signatory to the United Nations Convention on the Rights of Person with Disabilities. Articles 3-5 of that convention say the following:

The principles of the present Convention shall be:

2. With regard to economic, social and cultural rights, each State Party undertakes to take measures to the maximum of its available resources and, where needed, within the framework of international cooperation, with a view to achieving progressively the full realization of these rights, without prejudice to those obligations contained in the present Convention that are immediately applicable according to international law.

5. The provisions of the present Convention shall extend to all parts of federal states without any limitations or exceptions.

Cutting through all of the static in the above convention, the bottom line is that we, as a nation, should not be discriminating against people with disabilities.

For many years advocates in the area have argued that rather than apply a “Burden/Cost to the taxpayer” argument in assessing these claims the appropriate assessment to make is the “Net Benefit” model. This model essentially looks to the benefits that a potential resident to this country would bring. This would then be assessed against the cost of catering for the person or family member with a medical condition or disability. For, example in the case of Dr Nora Aziz listed above, she is a doctor. The threshold figure that is used for assessing these claims is $40,000. Dr Aziz would pay that figure in tax per annum let alone the “benefits” that she may bring to this country when attending to medical matters.

There is much that needs to be done in this country to address these issues. The cases I have listed above are those that I am aware of or which have received a deal of publicity. What of those that have slipped under the radar?

For those that may question whether any do slip under the radar, let me bring one case to your attention.

In 2001 a Pakistani man who had been granted refugee status in this country applied for family reunification so that his wife and three daughters could join him He was denied visas for the family on the basis that his second daughter had cerebral palsy and was therefore, in the terminology of the Department, a “burden to the taxpayer”. The response of the man was to set himself alight outside the Australian Parliament. He did not survive the self immolation and his three daughters were left without a father.

Clearly for us to be considered a caring society, we need to rethink our views on disability. Much remains to be done herein.