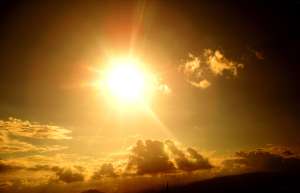 Gerry Georgatos – Psychosocial is back. Disabling trauma as I’ve coined needs to core trauma understandings. Vicarious trauma is embedded in our daily lives. These premises may radicalise how we deal with trauma and conflict.

There must be nothing that we fear discussing. Our psyches cannot remain as if unconscious.

We need to develop substantial wellbeing curricula for schools. Suicide is the leading cause of unnatural deaths for all Australians. Schools should be able to include approved wellbeing units in their curriculum and expertly discuss for instance suicidality, disordered thinking, trauma, happiness. The more education someone has the less likely depression and suicidality. Education is a protective factor, it is cognitive widening, of shared understandings, a context of new meanings, it is a capacity builder.

Understanding how to journey from a negative psychological self to a positive psychological self, to understand the psychosocial, should be an ability that everyone is availed to instead of at best reduced to a lifelong management journey through say visits every six week to a psychologist or counsellor for an hour. Understanding and contextualising trauma should be a must-do education and can lead to disabling trauma – and this skill should be taught to everyone, from an early age, from secondary school.

It is a myth that suicide is a set of complex understandings. Suicide is simple to understand whether there is only a single causal driver to suicide, or a pair or set of cumulative drivers. Trauma can be situational, whether generational or incidental, whether trauma is multiple, composite, compounded.

Trauma understandings need to be part of the modern human cognitive experience so as to rationalise the disabling of trauma(s). Mediating and disabling trauma are necessary as a skill if we are to reduce the leading cause of unnatural deaths – suicide.

The misuse of addictive substances – drugs and alcohol – are not causal to suicidality and cannot be argued as a suicidal driver. We empathise with the aberrance of addiction, but drugs and alcohol are intended to narrow the cognitive self, to dull the senses. Relationship breakdowns can be causal to suicidality, financial stressors similarly so but it is the rationalisation process that needs to be addressed so events such as these cannot be misunderstood and mislead to suicidality. This is disordered thinking.

Suicidality is not a complex phenomenon but rather a reaction – cumulatively brought about and less so impulsively incurred. We need to spread the love, to connect with one another, to be there for one another to change the narrative that is making the affected miserable and despairing.

As simple as this sounds, we must work alongside people to address or reduce their worries and stresses.

We are what we think, and our thinking can bring us together.

I have spent nearly six decades on this earth. I am now older than two-thirds of Australians, older than more than four-fifths the global population. Australia’s median age is 37, its average age 29, while the global average age is less than 26. 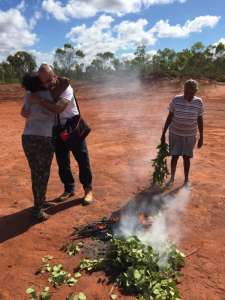 Globally, we lose to suicide one million people. In Australia, we lose more than 3,000 people to suicide each year.

Speeches do not define a nation. Nor do they define the ways forwards. Deeds and results define us. Empathy defines us. Radical empathy, relentless psychosocial support, being there for one another, in my diverse and lifelong experiences reduces, does away with worries and stresses. In recent years, I have worked with thousands who worried and stressed, more than a thousand individuals who either attempted suicide or who had suicidal thoughts.

The listening, the being there made the difference. Travelling to them validated them. Rapport and resonance. Salt-of-earth conversations.

Trauma is cumulative, collective and transmittable. But we can must focus on packing it away rather than languish in it. It’s my view that there is a persistent misconception that trauma is to be dealt with gently, patiently, and that it is a lifelong experience, that requires unrelenting management. Trauma is always damaging, but it shouldn’t be allowed to dominate an individual.

I believe trauma needs to be acknowledged and understood, but dwelled on in the briefest stretch possible, so that it can be healed. Who we are should not be reduced to the traumatic events in our lives. We should be the sum of all our experiences, contextualised in the dawn of daily meanings that appear endless.

Trauma, or its treatment, should not corral people into miserable and unproductive lives, or into constant fear.

In the last half century, the study of psychology has complicated our understanding of trauma by telling us that trauma capacity to shape who we are.

We are sold vacillating emancipating approaches of how to reengage with society, but the approach of life-long self-management can steal years of life or imprison the mind. This destroys the positive self. We need to re-educate ourselves so that trauma, whether incidental, cumulative or collective, is not allowed to dominate the individual, a family, a collective, society, or the human discourse. This is not about ‘moving on’ but about not allowing trauma or anyone who professes to be a trauma recovery expert to shut in someone with trauma.

I continue to write these articles because over the years hundreds have written to me thanking me.

The Royal Commission into Institutional Responses to Child Sexual Abuse included in its report that of the most damaging trauma that was the rape of a child aged 9 and less.

I was 9 years old when I was raped. It was 1971 and I had nowhere to turn to. Despite decades of silence I did disable the trauma.

We are the sum of our present. Everything comes to pass. Much love.