DiEM 25: A movement to take Europe back from authoritarianism, corporate rule and austerity 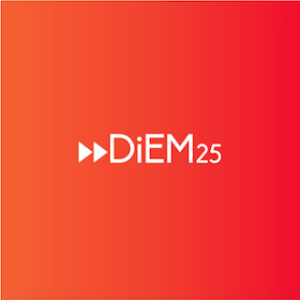 2015 saw a surge of  leftist and radical movements and the rise of anti-austerity forces across Europe.

So it is interesting to see this week’s launch of DiEM 25 (Democracy in Europe Movement 2025), a new left-wing cross-European progressive movement to democratise Europe and present alternatives to austerity and authoritarianism.

The purpose of DiEM is to act as a bridge to bring together the movements that flourished before 2015, together with Europeans awakened in 2015 (e.g. by the Athens Spring) who now see that the EU will either be democratised or it will disintegrate (with frightful repercussions for Europeans and for the world at large).

DiEM aims to provide existing movements and the new forces of progressive change with the ‘infrastructure’ necessary to build up the cross-European response.

The Former Greek Finance Minister Yanis Varoufakis launched  DiEM 25  at the Volksbuehne theatre in Berlin, which is known as a landmark in German leftist activism.

Varoufakis left his position within the Greek leftist Syriza government in July 2015 after he refused to accept a third financial aid package from European Union creditors that imposed more rigid austerity terms on the Greek people.

Varoufakis claims that Europe is controlled by authoritarian technocrats and the leftist movement is necessary  to take back power from what he described as a shadowy world of bureaucrats, bankers, and unelected officialdom.

In speaking at the launch Varoufakis describing the EU’s current state as “a post-modern version of the 1930s,” and warned against a return to individual nation states and “building walls again.” He also warned against turning Greece and Italy into “concentration camps” for refugees.

Footage of the launch is here.

An outline of the launch and those involved is here.

“There is no other means by which to arrest the awful feedback between authoritarianism and failed economic policies—a feedback that, left unchecked, will wreck Europe and help ultra-nationalism triumph.”

DiEM’s online manifesto is here. One aim is to prevent the disintegration of the European Union.

The Manifesto states:
Our goal to democratize Europe is terribly urgent, for without a swift start it may be impossible to chisel away at the institutionalized resistance in good time, before Europe goes past the point of no return. We give it a decade, by 2025.

If we fail to democratize Europe within, at most, a decade; if Europe’s autocratic powers succeed in stifling democratization, then the EU will crumble under its hubris, it will splinter, and its fall will cause untold hardship everywhere – not just in Europe.

In this long article Thomas Fazi supports the broad thrust of DiEM’s manifesto but questions some of its strategy and general goals.
Categories : Politics