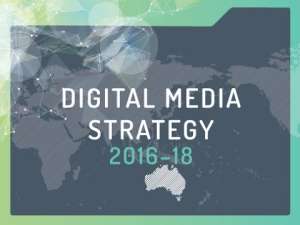 Last week, Australia’s Foreign Minister Julie Bishop, sat down with Australia’s ambassadors from around the world, so as to discuss and develop our first Foreign Policy White Paper in fourteen years. She also stated that the White Paper would guide Australia’s foreign policy for the next ten years. However, at this point, it has generated almost no discussion regarding what is becoming one of the Department of Foreign Affairs and Trade’s (DFAT) most important diplomacy tools – Digital Diplomacy.

After years of inertia, there is no doubt that DFAT has come a long way with its use of digital diplomacy, and is striving to go even further, with the launch of its Digital Media Strategy for the next two years. It is also encouraging to see that DFAT is developing its digital diplomacy landscape further than ever before. In fact, most of its diplomatic missions are active on social media and many of them are running on more than one platform as well.

Similarly, with its clear and concise strategy, it seems well set to further expand its social media presence, and provide its employees with knowledge-based systems that will enable them to use, manoeuvre through, and understand how to utilise various social media platforms. This will also enable them to engage with another, and exchange information and knowledge regarding various diplomatic issues facing the nation. Additionally, DFAT has also begun to engage Australian citizens and people around the world through the utilisation of social media features, such as Facebook Live, so as to involve them in aspects of policy and decision-making (as is the case with Julie Bishop’s recent Facebook Live Q&A regarding the Foreign Policy White Paper).

However, the days of diplomatic missions challenging and succeeding over other diplomatic missions in the public diplomacy arena are long gone. Today, NGOs, multinationals, individuals and even militant groups can influence, inform and impact people through the optimisation of the digital revolution. Hence, it is no surprise that DFAT is lagging far behind its newfound competition, but perhaps what is more surprising is that it is adapting to digital diplomacy far slower than other Western nations such as the USA and UK, who happen to have much larger social media followings and engagements, broader utilisation of their social media platforms and also engage more regularly with their followers. Similarly, they have well-functioning knowledge-based systems for their diplomats and have operated other forms of technological innovation as well.

Of course, social media engagements and metrics are not in anyway a sufficient measurement for determining DFATs successes or failures in digital diplomacy; however, they do provide an important insight into the usage and utilisation of such platforms, and where DFAT currently stands.

Another pressing matter is whether or not the DFAT is looking into the uses of wider forms of technology and considering them as part of their Foreign Policy White Paper discussions. So far, it seems as if DFAT has followed the programs and innovations used and developed by the US and the UK (even Canada, in some cases), such as, but not limited to, internal forms of LinkedIn and Wikipedia, training their staff on the methods behind utilising social media platforms and developing effective knowledge-based systems. And in doing so, it is also lagging behind its conventional competitors in the diplomacy world.

Hence, as DFAT moves forward it should aim to lead the pack, particularly by exploiting breakthroughs in technology for its own agendas. Two examples of such technologies are virtual and augmented realities – technology that is becoming more and more common in the gaming and film industries. VR and AR can potentially be used a means to train diplomats through creating interactive simulations that place them in real-life scenarios such as crisis management situations and train them to behave and act with diplomatic demeanour, as a preparation for what they may come across in the real world. Similarly, they can help develop other aspects of diplomacy skills, including, but not limited to, experiencing different forms of cultural exchange and understanding certain aspects of the missions they may be posted in, such as the climate, political and natural environment and people. Moreover, VR and AR can also allow for more streamlined and efficient interactions and exchanges between different diplomats and their home nations, especially when integrated into communication methods as substitutes for video conferencing and phone calls.

This is not to say, that there are no risks involved, such as increased spending on technology and innovation, the potential for bureaucratic mishandlings and ICT wastage. However, the potential of the abovementioned technologies are significant and will inevitably become a part of diplomatic missions in the near future.

Therefore, it is without a doubt pleasing to see that DFAT is on its way to progressing and further developing its digital diplomacy programmes, however, it is still a long way away from meeting the requirements it needs to influence people around the world, and increase the efficiency of its diplomats and enable them to adapt to a rapidly evolving technology and diplomatic space. Perhaps, it may already be well ahead of this and has begun to implement these ideas in its future discourse through the Foreign Policy White Paper. Nonetheless, we shall find out soon enough.