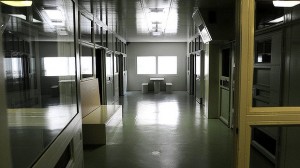 A 22-year-old woman died on Monday afternoon after being taken into custody on the Saturday by South Hedland Police in the Pilbara, Western Australia. It has been reported that on the Monday, the young woman continued to complain feeling unwell and was then taken to Hedland Health campus where she died shortly thereafter.

But it was the third time the young woman was taken to hospital since the Saturday. With the first two occasions, medical staff provided police with a “medical fitness to be held in custody” certificate before she was returned to the police and the lock up.

Update: I have just been contacted by family of the young woman. They said that she had been arrested along with her 30-year-old boyfriend allegedly for unpaid fines. It has been alleged that the boyfriend said that she had been complaining of being unwell right throughout the couple of days while in the lock up. Hopefully it does not turn out to be a case where the police and even more so the health professionals failed this young woman.

There is no suggestion at this time that police contributed to the young woman’s death but if NSW’s Custody Notification Service, a 24/7 service, was in place in Western Australia this may have assisted the Hedland police in the saving of this young woman’s life. The Service would have provided a stout advocate for this young woman. Presumptions that may have been made about her while presenting unwell at the hospital in the company of police officers may not have been made had she not been in their company – a stereotypical theme that does pervade, perniciously even among the best of people. A stout advocate could have communicated on her behalf and pressed for the full suite of health assessments.

Western Australia and the Northern Territory have the highest arrest rates in the nation but unlike NSW do not have a Custody Notification Service.

Western Australia has the highest arrest and incarceration rates of First Nations people in the nation and therefore it makes no sense for anyone to be averse to implementing the Notification Service in Western Australia.

(Australia, the mother of all jailers of Aboriginal people)

(Western Australia, the mother of all jailers)

The Custody Notification Service is a 24/7 phone service to the Aboriginal Legal Services NSW/ACT.  A lawyer is always on call for police to first up as a must-do phone the service and for the ALS lawyer to provide legal, health and welfare requirements to the police but first up to speak with the detainee and make vital assessments. The Service has had a profound public value with zero police watch house deaths of First Nations peoples since its implementation in 1998 in NSW.  It was at first funded by the State Government but is now funded by the Federal Government. It only costs $500,000 per annum for the NSW Custody Notification Service.

I urge the Federal Government to rollout this Service nationally, particularly in Western Australia and in the Northern Territory. I urge State and Territory Governments to implement the Service.

The Service will assist police and relieve much of the burden upon them. Professionally, police endure among the nation’s highest stress-related disorders and have a disproportionately high suicide rate among the nation’s professions in dealing daily with high-end confrontations. The Custody Notification Service can serve to relieve them of various judgment calls. Furthermore where a detainee has spoken with an ALS lawyer as soon as possible after being detained this can contribute to de-escalating any potential confrontation between the detainee and the police. This type of contact psychosocially strengthens the detainee in understanding that they have a support person. The police are relieved of a predicament that could have engaged adrenalin high settings.

If a First Nations person is arrested or taken into police custody, the police are obliged under legislation (Powers and Responsibilities Act 2005) to immediately contact the ALS hotline and to let the detainee speak to the lawyer.

This Service needs to be enshrined in law in every State and Territory as it has been in NSW where it has now proven to have saved lives. In fact it has been zero deaths in police watch house custody.

It is a simple tool for what should be a natural right and for positive ways forward for police, community and most importantly the detainee.

The manner and cause of this young woman’s death will be determined in about a year’s time by the State Coroner however whatever the finding, may the Coroner recommend Western Australia implement the Custodial Notification Service. Even better, may Government – be they State, Territory or the Commonwealth – just step in and follow the lead in NSW and implement the Service without delay.

CEO of the Aboriginal Legal Service, Phil Naden, said that the CNS “is more than a phone line.”

At the eleventh hour, the Federal Government has come to the rescue of the New South Wales based police custody crisis phone line – the 24-hour Custody Notification Service (CNS). The phone service had its funding cut last year while both the Federal and State Governments squabbled as to who should front the funding for it.

For the last year, the Aboriginal Legal Services NSW/ACT self-funded the service rather than see it go down. ALS staff did not take their wage award rises in the last year so as to fund the phone service till end of June 2013. But this proved unsustainable and the ALS launched a public campaign for the funding to be reinstated.

The crisis phone line has been used by thousands of Aboriginal persons in NSW police custody.