Deal to extinguish native title & land rights in one hit 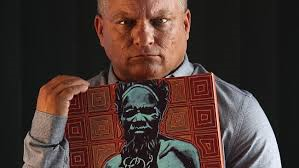 More than 300 Noongar people gathered at a Perth park last Saturday to speak out against the South West Aboriginal Land and Sea Council’s (SWALSC) support for the Western Australian Government $1.3 billion in-kind package proposal. The Government offer if accepted by Noongar people will come on the condition that their native title rights are extinguished, and therefore whatever shot they have at land rights are extinguished.

It was the largest gathering of the Noongar community, with many high profile Elders, together in the one place on the issue of the Government proposal. The SWALSC have held many community consultations but not one of these community meetings brought together as many Noongars as were present at the ‘No Surrender’ event. The majority of SWALSC community consultations have had less than a dozen people attend.

One of the ‘No Surrender’ campaign organisers, Mervyn Eades said that if the Government proposal is passed through authorisation meetings then “our land and cultural rights will be extinguished.”

“There is nothing in this deal by the Government that provides any certainty over our land rights. We must not accept this deal. We must preserve our lore over the White man’s law.”

“There have been more than 300 native title determinations and more than 900 Indigenous land use agreements but our people wherever in this country have not benefited. Native title has divided and sold out our people. We will not sell out Noongar people,” said Mr Eades.

“Our native title representative body, our champion, the South West Aboriginal Land and Sea Council has let down our people. It has got nothing right in any of this. It does not even know or have any idea of our rightful claimant areas, of our clans, of our family run lines.”

Mr Collard said there is enough support in the Noongar community that if it is galvanised can topple the executive leadership of the SWALSC.

“We have petitioned the SWALSC to call a special general meeting. We believe we have the numbers to remove their twelve directors and then replace them with twelve new directors. The SWALSC have 21 days to call the meeting.”

Eighty year old Noongar woman, Yuet senior Elder Kathy Penny said, “Those who call themselves Elders within the SWALSC, they are not Elders. They have just called themselves Elders. I still remember many of them as babies and children and I know their families, and they are not Elders. The SWALSC does not have the right to speak for all our people.”

One of the Noongar people’s senior most Elders, Richard Wilkes said, “I am opposed to this Government deal. It offers no certainty to our people about our land rights and other natural rights. It will only further damage the struggle for many of our people to retain their connection and belonging to their lands.”

Another senior Elder, Albert Corunna also opposed the deal. “What they are asking us is for us to extinguish our rights for some money. Who we are cannot be sold out.”

However, SWALSC CEO, Glen Kelly, said that he believed the Government’s offer was better than any prospective native title deal.

“Everything that has happened has been upon instruction from applicants or working parties through membership groups through different meetings.”

“It all started at the applicant meetings when they voted and instructed us to pursue an out of court settlement. When we commenced the negotiations, starting in 2010, prior to this we advertised publicly for Noongars to become part of the Noongar negotiation team.”

“Each claim area appointed their representatives. Basically, what happened was that we consulted with Elders and leaders and they laid the foundation of what it was that we should pursue in the negotiations. Since then of course we have had hundreds of public meetings and we have spoken to thousands of Noongars during this journey.”

Mr Kelly stated to the National Indigenous Radio Service journalist Warren Barnsely that many of the dissenters “misunderstood native title.”

“Native title is about White man’s law, it is not about our law/lore.”

Mr Eades said, “Glen Kelly had the opportunity to speak to the largest gathering of our Elders on Saturday but he decided to not show up. No-one from SWALSC came and that says a lot to me.”

Senior Elder Margaret Culbong said, “We never ceded this land, so we are not going to just give it up. Native title I never agreed with and this deal is less than native title. Neither is native title or this Government’s offer anything to do with land rights.”

Authorisation meetings commence at the end of the month.